BERLIN- Stephen Decatur’s highly-successful 2021 varsity softball team was rewarded handsomely when the Bayside South awards were announced last week including the Player of the Year Award and the Coach of the Year Award.The Seahawks had a strong run through the regular season and the state regional playoffs before bowing out in the regional championship… Read more » 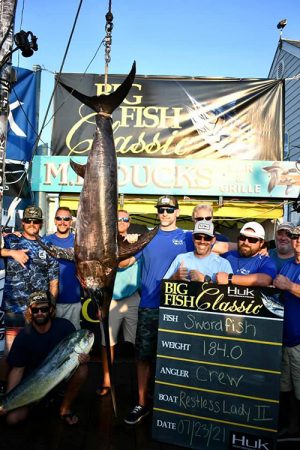 The crew on the Restless Lady II took third in the biggest fish category of the Big Fish Classic last weekend and earned over $65,000 in prize money.Photo courtesy of Fish In OC 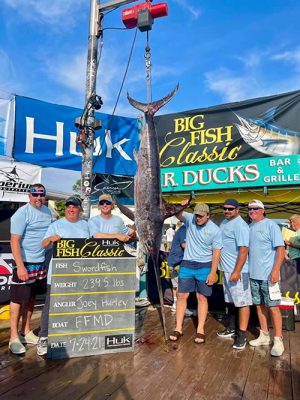 The FFMD crew weighed this 239-pound swordfish to take second in the biggest fish category in the Big Fish Classic last weekend and earned over $72,000 in prize money.Photo courtesy of Fish in OC 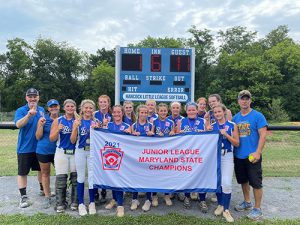 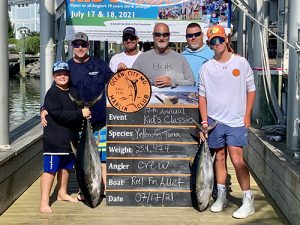 OCEAN CITY- The Ocean City Marlin Club’s 17th Annual Kids Classic last weekend was a huge success with hundreds of young anglers competing for a worthy cause.The annual tournament is held for the benefit of the Wish-A-Fish Foundation, a national program that provides opportunities for kids with special needs, whether they are suffering from a… Read more » 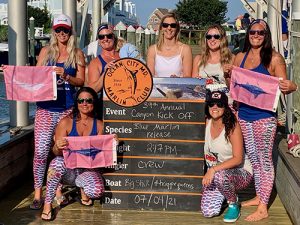 OCEAN CITY- The Ocean City Marlin Club’s 39th Annual Canyon Kickoff was once again a huge success with dozens of boats and hundreds of anglers filling out the leaderboard in several categories and collecting thousands in prize money.The Canyon Kick-Off, held each year on or near the Fourth of July weekend, is the first major… Read more »