BERLIN – Stephen Decatur’s varsity baseball team capped off what was a remarkable regular season with a 17-2 win over St. Michael’s on Tues-day to capture the Bayside Conference championship. The Seahawks started the season with a 13-game winning streak before taking their first loss to Bennett last week. Decatur beat Easton, 4-2, and Mardela,… Read more » 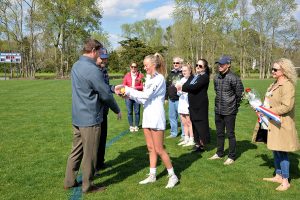 BERLIN- Worcester Prep’s boys’ varsity lacrosse team beat Sussex Academy, 16-10, on Monday to improve to 9-2 on the season.The Mallards had reeled off seven straight wins before falling to Archmere Academy, 14-3, last Friday on the road. Worcester’s only other loss came at the hands of Bennett back on March 28. Back in action… Read more »

BERLIN- Stephen Decatur’s varsity baseball team rebounded from its first loss of the season with a pair of wins this week.The Seahawks had been unstoppable for most of the season, running off 13 straight wins to start the season, often in dominating fashion. The run came to an end last Thursday with a 9-7 loss… Read more »

BERLIN- Worcester Prep’s girls’ varsity lacrosse team had an up-and-down week, sweeping two wins early and then dropping two.The Mallards started the week with a 16-5 win over Salisbury School, followed by a 19-2 rout of Sussex Tech. Against Sussex Tech, the Mallards led 13-1 at the half and never looked back.Last Friday, the Worcester… Read more » 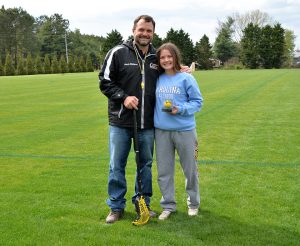 BERLIN- Stephen Decatur’s varsity baseball team stayed on a major roll this week, sweeping four games to improve to a perfect 13-0 on the season.The recent run started with a narrow 7-6 win over Queen Anne’s last Wednesday. The Seahawks followed that close win with a pair of blowouts including a 21-0 win over Crisfield… Read more » 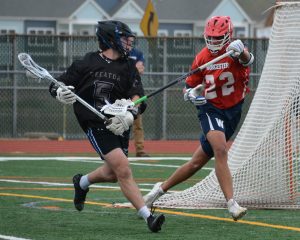 BERLIN- Stephen Decatur’s boys’ varsity lacrosse team took down crosstown rival Worcester Prep, 14-7, at home on Monday.For years, the annual meeting between the Decatur and Worcester lacrosse teams has been one of the highlights of the spring season. Players on both teams grew up competing with and against each other in various youth leagues… Read more »

BERLIN- Former Decatur basketball standout Keve Aluma, who led Virginia Tech to a stunning championship in the Atlantic Coast Conference (ACC) tournament this spring announced this week he was declaring for the NBA draft.Aluma, a three-year starter at Decatur, started his college career at Wofford College, then followed his coach to Virginia Tech, where he… Read more »