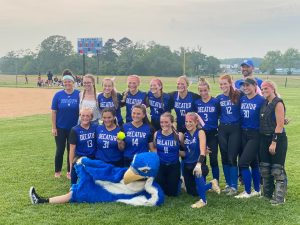 OCEAN CITY- The resort area will be ground zero of the youth lacrosse world this weekend with dozens of teams descending on Ocean City and Berlin for a pair of simultaneous tournaments featuring dozens of teams from all over the mid-Atlantic area.The Aloha Lacrosse Beach Lax Festival will be held at different venues all over… Read more »

Beach Lacrosse’s under-14 boys’ team recently won the Eastern Shore Youth Lacrosse Association championship. Pictured above, the team and coaches are all smiles as they show off the championship hardware.Submitted photo

BERLIN- Stephen Decatur’s varsity softball teams amazing run ended last week with a loss in the state 3A region semifinals.The Seahawks were amazing all year, going 17-2 in the regular season including wins in their last 11 games. The Decatur girls opened their 3A-South regional tournament with a 10-0 win over Arundel in the semifinals,… Read more » 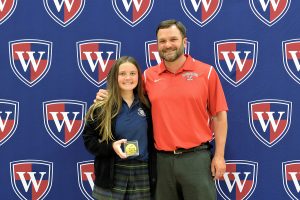 BERLIN- With a new school-record 173 saves, Worcester Prep varsity goalkeeper Caitlin Williams recorded her career 300th save during the Mallards’ conference championship game last week.In April, the sophomore Williams recorded her 200th save in her young career at Worcester during a game against old rival Saints Peter and Paul. In the weeks since that… Read more »

BERLIN- Stephen Decatur’s Noah Fisher won the 2A-East Region tennis championship last week, while Ridgely Lake was the runner-up in her bracket.Fisher beat Yossin Robiero-Velasquez of North Caroline and Jonathan Lombardo of Parkside to advance to the 2A-East region title match. He then beat Aiden Sundt of Easton to claim the title and advance to… Read more »