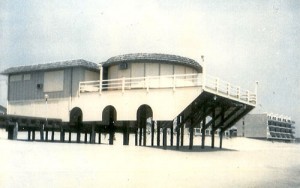 Legendary developer James B. Caine built his summer home — known as “Crystal House” directly on the beach just north of the Carousel Hotel in 1968. The cottage featured a living room with a fountain in the middle, three bedrooms and three bathrooms with sunken tubs and square toilets. Built on pilings, the Crystal House… Read more » 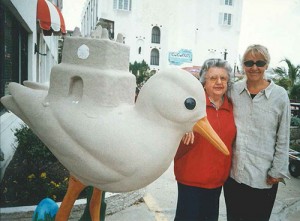 Visitors to Ocean City were offered a unique display of public art when the “Beach Birds” arrived in the spring of 2003.Designed by local artists and sponsored by various Ocean City businesses, the five-foot tall fiberglass birds could be found all over town. In hotel lobbies, at City Hall and the airport, on the Boardwalk,… Read more » 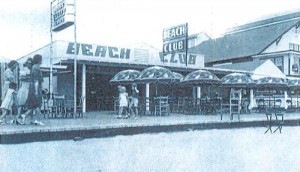 During World War II, Ocean City’s nightclub scene was centered on 9th Street. Within a short block, Jackson’s Casino, the Blue Dahlia and the Beach Club provided music, dancing and a lively bar scene. Slot machines were everywhere and there was hardly a hotel, bar or restaurant that didn’t have several.Ocean City was still a… Read more » 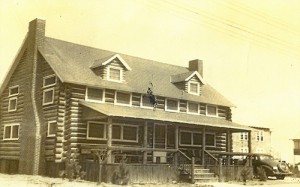 The Log House was one of the most unique buildings in Ocean City for nearly 40 years. Constructed on the southwest corner of 5th Street and Philadelphia Avenue in the late 1930s, the rooming house resembled a large cottage built of “Lincoln Logs.”The Log House went through several changes of ownership and was known as… Read more » 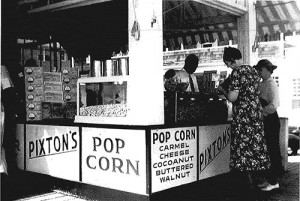 Everett Fisher and Edmund Pusey opened a popcorn stand on the Boardwalk at Talbot Street in the summer of 1937. Known as Pixton’s Popcorn (Pixton was the maiden name of Mr. Pusey’s wife) they used a secret recipe developed by Mr. Fisher and sold hot buttered popcorn for 5 cents a bag.When Pusey left the… Read more » 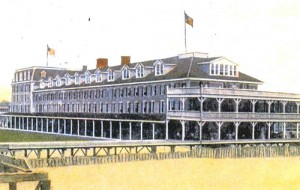 Ocean City’s first hotel was built by the Atlantic Hotel Company on the beach between Wicomico and Somerset streets. There was no bridge from the mainland at that time so all construction materials were floated across the Sinepuxent Bay on flat bottom scows and small boats. The grand opening of the Atlantic Hotel on July… Read more » 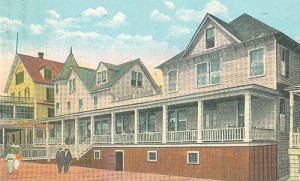 The Rideau was a popular Ocean City hotel for over 70 years and was famous for having the longest porch on the Boardwalk. Originally an early 1900s combination of three adjoining Victorian era boarding houses known as the Virginia, the Rideau and the Linmar, the hotel underwent a series of sectional rebuildings and renovations following… Read more » 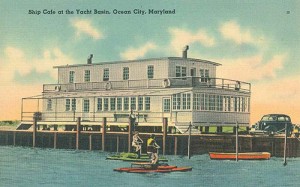 The Ship Café was an Ocean City landmark for nearly 40 years. Constructed in the late 1930s as the Ocean City Yacht Club and designed to resemble a ship, its marina was used by the Coast Guard during World War II.Located on the bay at 14th Street, the Ship Café became one of the town’s… Read more » 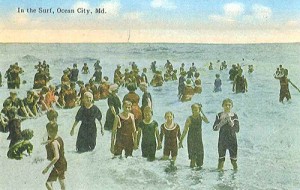 The cost of goods and services in the post-World War I era was far different than today. W.P. Laws opened his grocery store on Baltimore Avenue in 1919 and sold sirloin steak for 15 cents a pound, ham for 16 cents and scrapple for 10 cents a pound. A fresh loaf of bread could be… Read more » 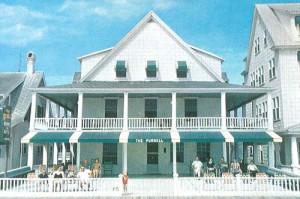 The Purnell was a small hotel located on the Boardwalk between 2nd and 3rd streets. Originally known as “Wetipquin Hall.” it had been built by Sarah Harriet Dashiell in 1909 with the name of her late husband’s hometown of Wetipquin, Md.The hotel was renamed “The Purnell” in 1942 after being purchased by Essie C. Purnell… Read more »