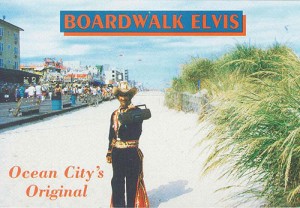 Norman Webb, better known as Boardwalk Elvis, is an Ocean City icon.One of the town’s most popular and recognizable personalities, Webb began walking on the Boardwalk in the mid-1960s with a huge boom box on his shoulder, which he later changed to a cassette player. He began dressing like Elvis Presley in the 1970s and… Read more » 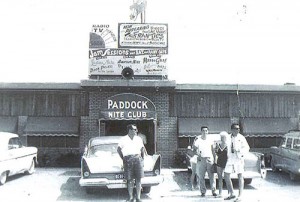 The Paddock was one of Ocean City’s most popular nightclubs for 60 years. Built by Gabby Mancini, Sr. on the corner of 18th Street and Philadelphia Avenue in 1953, it featured live entertainment. The Saturday afternoon jam sessions were legendary and drew crowds to what in that era was considered “way up the beach.”The original… Read more » 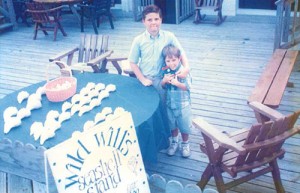 Local kids used to earn spending money for the pinball arcades and Boardwalk rides by selling seashells on the Boardwalk. Conch shells were the best sellers and were found on Assateague before the Verrazano Bridge made public access to the island easy in 1962. Comic books, handmade jewelry and “shark strings,” which were woven string… Read more » 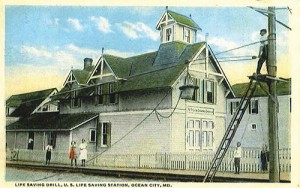 In 1878, the U.S. Life Saving Service opened a small station on Caroline Street in the tiny village of Ocean City. There was no Boardwalk or Inlet in those days and fewer than 50 year-round residents in the whole town. In 1891, the station was replaced with a larger 2 ½-story building that is now… Read more » 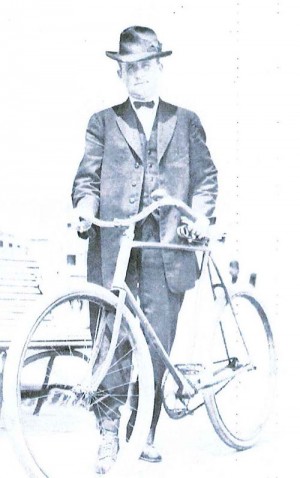 Dr. Francis J. Townsend, Sr. was Ocean City’s first physician, serving the town’s medical needs from 1900 until his death in 1945. In an era when babies were born at home and the nearest hospital was 30 miles away, Dr. Townsend would ride his bicycle up and down the Boardwalk to call on his patients…. Read more » 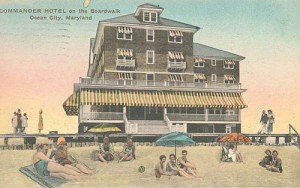 This week marks the 85th Anniversary of the 1930 opening of Ocean City’s famous Commander Hotel. Built by Minnie Brittingham Lynch, her son John and his wife Ruth, the Commander was the northernmost Boardwalk hotel for over two decades.The original building (pictured in 1934) contained 62 rooms and boasted the first elevator in Ocean City…. Read more » 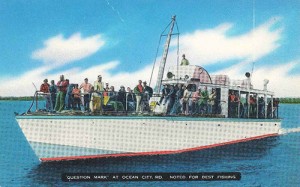 A popular form of fishing that is affordable for the average fisherman is on a party boat or “head boat” (so-called because there is a flat charge per angler or “per head.”) These boats provide rods, reels and bait and a mate to untangle lines and help bring fish aboard.One of the most famous was… Read more » 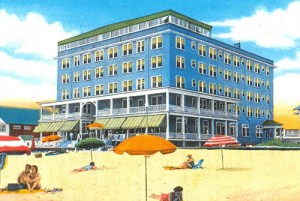 The George Washington Hotel opened in June 1931 on the corner of 10th Street and the Boardwalk in what was then the northern section of Ocean City. At the time of construction, it was the tallest building in town and would remain so until 1970 when the High Point South condominium was built far up… Read more » 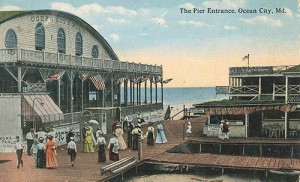 Ocean City’s original Pier building was completed in 1907 on the Boardwalk at Wicomico Street. In addition to shops and a dancing pavilion, it also featured a theatre and several refreshment stands. It was also the entrance to the Ocean City Fishing Pier.The building was raised 10 feet above the beach and built on wooden… Read more » 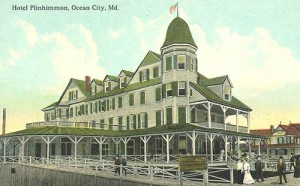 The Plimhimmon was built in 1894 by Rosalie Tilghman Shreve. Located on the Boardwalk between 1st and 2nd streets, it was considered one of Ocean City’s finest hotels of that era. Noted for an excellent dining room, the Plimhimmon catered to an upscale clientele and in the years prior to World War I was famous… Read more »