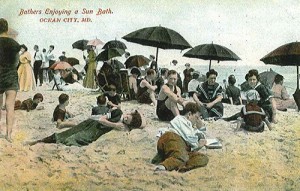 Ocean City in 1915 was a small village with about 600 residents. Most of the men worked as commercial fishermen or on the railroad while the women managed the hotels and boarding houses. The tourist season ran from mid-June to Labor Day and there was no off-season. The hotels closed after Labor Day and the… Read more » 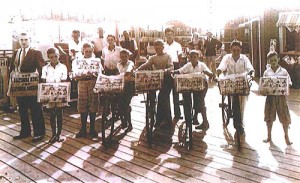 Many young Ocean City boys got their start in business selling newspapers in the years before CNN, Fox News and the Internet brought instant reporting to anyone with a television or smart phone. The cry of newsboys hawking their paper is a favorite memory of that long-age era.Baltimore papers, such as The Sun and the… Read more » 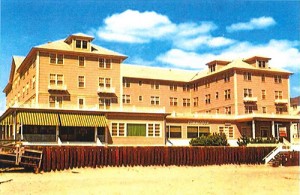 The Commander Hotel was built by the Lynch family in 1930. Located at 14th Street, it was the northernmost hotel on the Boardwalk until Harrison Hall was built in 1951. In the years before the Convention Hall, the Commander hosted many small conventions.The Commander was considered one of Ocean City’s most elite hotels and was… Read more » 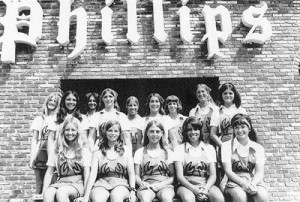 Phillips Crab House began as a small seafood carryout on the corner of Philadelphia Avenue and 21st Street in 1956 and quickly expanded to become one of Ocean City’s most popular restaurants.There was no more prestigious summer job for a girl in the 1960s and early 1970s than to be a waitress at Phillips. The… Read more » 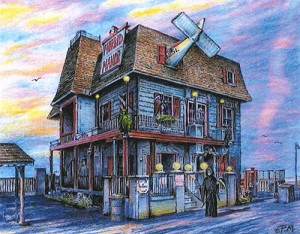 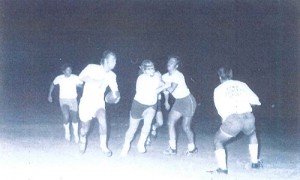 The Midnight Football League was a popular activity for Ocean City’s summer workers in the late 1960s and the early 1970s. Young men from local establishments, such as Phillips Crab House, Frontier Town, the Ocean City Police Department and The Embers, played a rough and tumble brand of touch football for glory, beer and bragging… Read more » 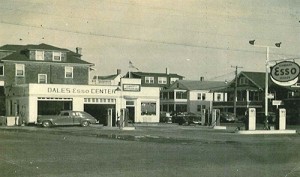 For nearly 40 years, Dale’s Esso Center was the first thing people saw when entering Ocean City.The gas station at the foot of the Route 50 Bridge was one of just a handful of local businesses to stay open year-round in the 1940s and 1950s.William Dale started the business in 1941 but it was taken… Read more » 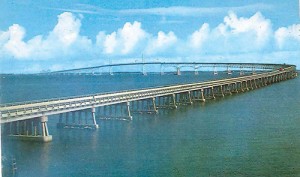 The Chesapeake Bay Bridge has done more to boost tourism than any oth-er factor in Ocean City’s history. Opened on July 30, 1952, the Bay Bridge replaced the antiquated ferry system across the Chesapeake Bay and provided quick and easy access from the Western Shore for those visiting Ocean City. The town’s summer population doubled… Read more » 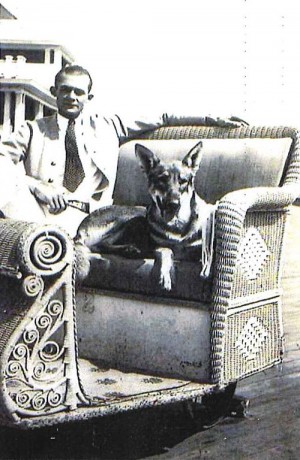 Rolling chairs were a familiar sight in Ocean City in 1920s and 1930s and were an early version of today’s Boardwalk tram. Many college students helped pay their tuition by pushing tourists up and down the Boardwalk in those wicker chairs on wheels.Rolling chairs originated in Atlantic City, N.J. and quickly made their way south…. Read more » 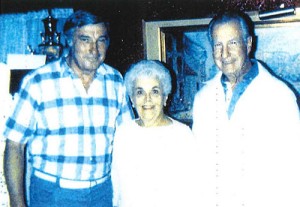 Spiro Agnew, the 39th vice president of the United States under Richard Nixon, was a frequent visitor to Ocean City for over three decades. He maintained a second home in the resort for many years.In the year following his forced resignation from office, Agnew could be seen playing tennis on the local courts or dining… Read more »