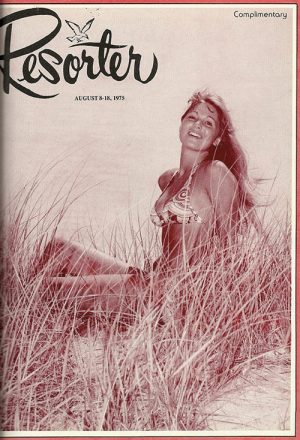 Summer of 1975Volume XXIVEdition 6Issue HighlightsThis week’s Resorter girl was Sharon Brudnicki, a 22-year-old Milwaukee native.The Carousel Center Hotel on 118th Street was stressing location in its full-page ad. “Out of this world is up at 118th Street … Out of this world is not far away.”Two-bedroom luxury suites were being offered from $38,900 at the new… Read more » 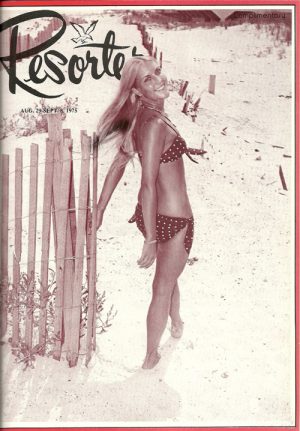 Summer of 1975Volume XXIEdition 7Issue HighlightsThis week’s Resorter Girl was Nancy Spires, who was spending her summer working as a desk clerk at the Sheraton.At this time, Sea View Beach Shoppes had three locations — Fenwick Island, 64th Street and Selbyville, Del.The Kite Loft was located on the Boardwalk at 2nd Street this summer.Two-bedroom units… Read more » 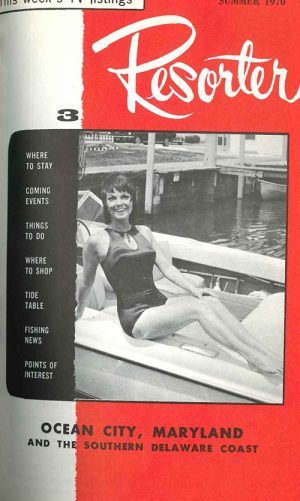 Summer of 1970Volume XVIEdition 3Oceanfront apartments were renting from $125 to $400 per week at the Caliban at 67th Street.John Rolfe, Lloyd Lewis, Dave Hazzard and Bernie Rodden were manning the phones and the sales at Resort Realty on 26th Street.Mr. and Mrs. R. Marbury Stamp were serving as hosts at the North Wind Motel, which was… Read more » 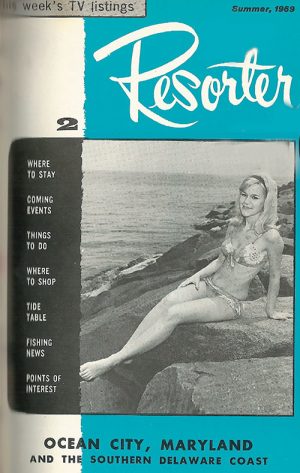 Summer of 1969Volume XVIIEdition 2Issue HighlightsHastings Real Estate Inc. listed an one-bedroom oceanfront condominium for sale for $19,950, including “wall to wall carpet” and “paneled walls.”A free coupon for the Sky Monorail was included in the bayfront Playland Amusement Park’s ad on 65th Street.In his After Dark column, which spotlighted the local nightlife scene in… Read more » 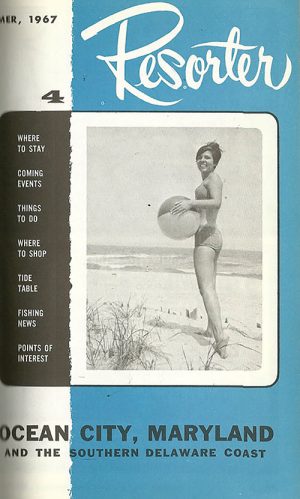 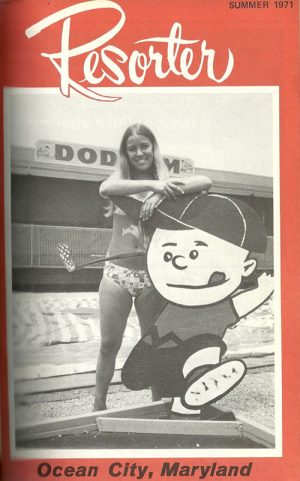 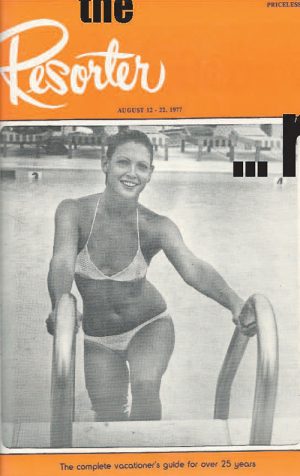 Season of 1977Volume XXIIIEdition 5Issue HighlightsThis week’s “Resorter Girl” was Kim Seibert, 21, of Devon, Pa., who was spending her summer working at the Sheraton in Ocean City.Two hours of free parking was being offered at the Paul Revere Smorgasbord to customers. At this time, the price was $4.95 for all-you-can-eat.Chubby Checker was playing two… Read more » 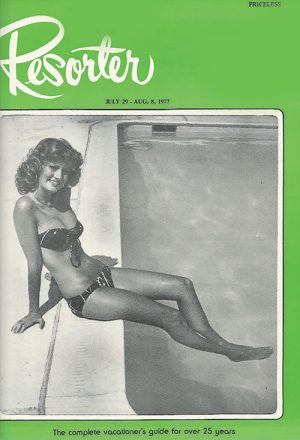 Season of 1977Volume XXIIIEdition 6Issue HighlightsThis week’s “Resorter Girl” was Balti-more resident Dottie Caldwell, who was 21 years old when pictured.Herb Reed of the Original Platters was stopping in Ocean City at the Hurricane for two shows over the weekend.All that was required for two-bedroom, two-bath condominiums at The Quay was 5% down for the… Read more » 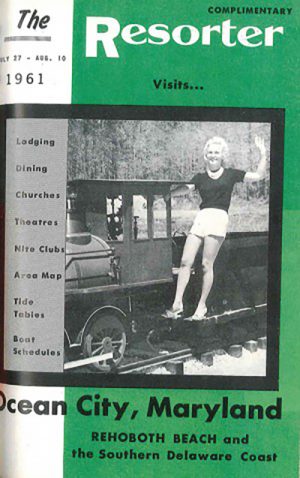 Summer of 1961Volume VIIEdition 7Issue HighlightsThe Diplomat Motor Hotel on the Boardwalk at 26th Street was calling itself “Ocean City’s Smartest Holiday Address.”An editorial, headlined “A Glass of Beer and Sin,” included the following. “As sure as the tide will rise, Ocean City will one day have Sunday beer. Whether that day be near or far… Read more » 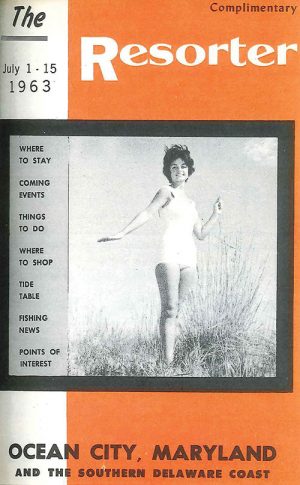 Summer of 1963Volume VIIIEdition 6Issue HighlightsThis week’s model for the Hess Apparel store on 9th Street’s full-page ad was Genevieve Sapia.The Syl-Mar Shop was advertising “Buy It Where You Wear It” for its Baltimore Avenue store located on Talbot Street.An editorial, “Democracy At Work,” read, “The Ocean City area accounts for almost 60% of the… Read more »