Maryland’s debate over when public schools should start represents a departure from typical partisan feuding.Republicans typically oppose government intervention in local matters. Republicans prefer government not play a huge role in people’s daily lives and when that’s necessary it should be done on the micro level by local legislators who know their constituents. Democrats usually… Read more »

This month marks 35 years in circulation for this newspaper. Whenever we encounter these sorts of milestones, we can’t help but think about our founding publisher, Dick Lohmeyer, who was also our current leader’s stepfather.To mark the occasion of the newspaper’s 20th year in business, we featured an interview in a special publication with Lohmeyer,… Read more »

During his two terms as Maryland’s 57th governor, from 1979 to 1987, Harry Hughes enhanced civility, integrity and prudence in state government leadership. Elevating Maryland’s political culture and public discourse at a difficult period in our state’s history, Governor Hughes reinforced the value and credibility of public service.He was a much-understated politician and became successful,… Read more »

After much hot air was blown around at the first meeting, the Ocean City Parking Task Force is now getting to work on the true objective of the effort – deciding on how to make more money for the city without hurting the commercial sector, angering residents and alienating visitors.We advocate for keeping things simple…. Read more »

If it feels like Maryland just increased its minimum wage, that’s because it has annually for the last four years. From 2015-2018, minimum wage jumped from $7.25 an hour to $10.10 an hour as part of a legislative package approved in 2014.With that increase now in place, the Maryland legislature seems intent on approving a… Read more »

Berlin businesses and residents need pay attention to the current budget process. Through tax and fee increases, it’s clear the cost to live and do business in town is about to jump significantly. How much appears to be the only question at this point.This has been a talking point for the last six months, but… Read more »

Sports can be cruel and heartbreaking at times, but they can also be inspiring and rewarding.The Stephen Decatur High School wrestling team’s state Class 3A championship earlier this month is one of those feel good stories that highlights the positives in amateur sports.It was a memorable season for Decatur, rolling through most of their matches… Read more » 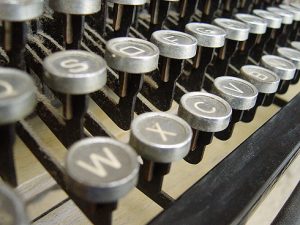 There were mixed reactions to this week’s announced entertainment lineup for the inaugural Jellyfish Festival in Ocean City.While we were generally underwhelmed by the lineup based on the buildup over the last year and assurances bigger names would be landed, we support the festival and believe this could be just the type of event Ocean… Read more »

Worcester Technical High School was in the spotlight this week when a privately-funded makeover was unveiled for its welding program. It was an occasion to demonstrate the wealth of learning opportunities available to students in a non-traditional learning environment.Thanks to winning an online contest through the Channellock Trade School Trade-Up contest last year, the school’s… Read more »

Legislators need to look no further than Worcester County to conclude a post-Labor Day school start does not harm public school students or educators.Senate Bill 128 seeks to repeal the mandate signed into law by Gov. Larry Hogan in 2016. It reads, “requiring each county board to set the start date and end date of… Read more »