It’s healthy for all to take a few moments over the weekend to reflect on what brings us gratitude. Among the things, in no particular order, we are thankful for this time of year are the following:•Schools being open for in-person learning. Though students and teachers must wear facial coverings at all times, nearly all… Read more »

It’s always interesting for any business to hear honest customer feedback. The same goes for resort destinations like Ocean City.Tourism folks have always sought feedback from Ocean City visitors, but outreach has been stepped up recently with an independent source conducting about 5,500 interviews with visitors. The data concludes 91% rated the Ocean City experience… Read more »

An interesting storyline heading into the next budget review in Ocean City will be how officials manage the excessive fund balance that has accumulated in recent years. It must be reduced. Where the excess dollars should be distributed is the question.Ocean City is a financially strong government. It has an experienced administration steering a successful… Read more »

A federal investigation has confirmed Ocean City’s police officers did nothing wrong during last summer’s high-profile arrests on the Boardwalk.Looking back at last June’s events, there have been several takeaways. No matter the probe’s outcome, which oddly enough has not been reported widely, the consequences of these incidents are real. Changes have come as a… Read more »

The Town of Berlin should absolutely provide funds from its American Rescue Plan Act allocation to the Berlin Fire Company (BFC) for firefighting equipment and a new ambulance. Worcester County should as well since the BFC serves unincorporated areas.These public safety improvements are needed and an ideal utilization of a massive federal stimulus plan. The… Read more »

While aesthetically pleasing, the true beauty of the murals on the basketball courts in Berlin’s Henry Park is symbolic. The colorful mural represents the completion of a major grassroots effort rooted in a passionate desire to make Berlin better.We Heart Berlin nonprofit founder Tony Weeg and his team deserve a tremendous amount of the credit,… Read more » 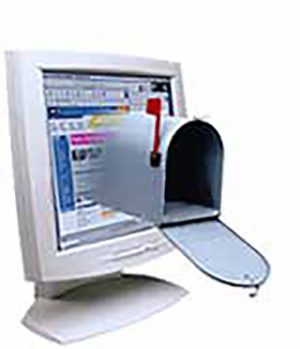 Disappointing AttackEditor:After the Tuesday, Oct. 12 Ocean City Council work session, it was brought to my attention there was an attack by Councilmember John Gehrig on Budget Manager Jennie Knapp during her presentation to explain the history of room tax.As former City Engineer for the Town of Ocean City, I am sure fellow employees will… Read more »

There is a national crisis in health care today, and the pandemic is only a contributing factor in the widespread emergency. There is a major nursing shortage affecting every hospital system to varying severities.The statistics detailing the shortage are startling. For instance, as of last month, open nursing jobs are 255% higher in 2021 compared… Read more »

The need to provide opportunities for economic revitalization for the south end of Worcester County is real, but any talk of a potential sports complex being built in the area is unproductive for the entire county.Worcester County Commissioner Chip Bertino is right when he maintained during his town hall meeting last week, “We need to… Read more »

No matter the reason, the good news is the volume of vehicles and troublemakers in Ocean City last weekend was done considerably.The data confirms what the eyes saw – a lot less people were in Ocean City than expected last weekend and there were minimal problems with those who were visiting the resort. According to… Read more »