OCEAN CITY – A Seaford, Del., man was charged with first-degree assault last week after allegedly stomping his girlfriend in the head while she laid on the ground during a domestic dispute.Around 9:30 p.m. last Friday, Ocean City Police Department (OCPD) officers were dispatched to a hotel at 25th Street for a reported assault that… Read more » 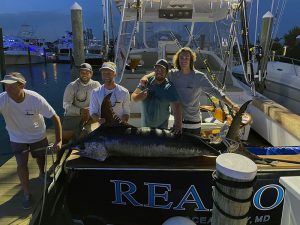 BERLIN – The local Maryland Coastal Bays Program this week learned it will be receiving grant funding from the Maryland Department of Natural Resources for two significant climate resiliency projects in Worcester County.The Department of Natural Resources (DNR) announced on Wednesday the award of over $2 million in grants to 12 climate resiliency projects around… Read more »

OCEAN CITY — A Ridgley, Md. man, charged last month for attempted first-degree murder for his role in the stabbing of an 18-year-old during a triple-stabbing incident on the Boardwalk back on June 20, has now been charged in the stabbing of the other two victims.Shortly before midnight on June 20, Ocean City Police Department… Read more »

OCEAN CITY — The reworking of the resort’s planning commission makeup continued this week with a recommendation for staggering terms from the mayor.During Tuesday’s work session, Mayor Rick Meehan put forth a recommendation to stagger the terms for the seven appointed members of the Planning Commission. The seven-member commission reviews site plans for project, makes… Read more » 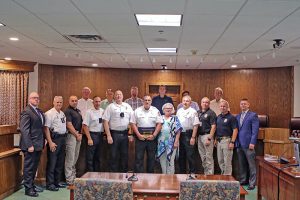 OCEAN CITY — It was a farewell and a welcoming of sorts on Tuesday when retiring Ocean City Police Department (OCPD) Captain Elton “JR” Harmon was feted with a special ceremony at City Hall.Harmon will officially retire from the OCPD next week after 26 years, but his departure from the department only closes one chapter… Read more »

OCEAN CITY- Before the big boys hit the seas for the 49th White Marlin Open, lady anglers throughout the resort area will have their moment in the sun next weekend with the arrival of the Ocean City Marlin Club’s 14th Annual Heels and Reels Tournament.The ladies-only tournament gets underway next Thursday with registration and a… Read more »

OCEAN CITY — Continuing a recent trend, resort officials this week were somewhat sticker-shocked on the bids for a couple of significant public works projects.Two weeks ago, the Mayor and Council reviewed a pair of bids for the first phase of the redevelopment of the downtown recreation complex along the bayside between 3rd Street and… Read more »

OCEAN CITY — The experience drain at the top of the Ocean City Police Department (OCPD) continued this week with the announcement of the retirement of another captain after 31 years of service, but the department’s ranks are deep and there are able replacements ready to step into the breach.When OCPD Captain Elton Harmon was… Read more »