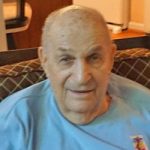 Born in Gates, Pa. and was the son of the late George and Anna Hollendersky of Bethlehem. George was married to Marie for 61 years before her passing in 2017. Upon his retirement to Ocean Pines in 2001 there was no greater joy for George than working with Marie in their yard planting flowers.

Upon graduation from Moravian College, Bethlehem, Pa. in 1959, George served in the U.S Navy. He then entered the Secret Service as a Special Agent. Although many of his initial assignments had to do with tracking down money counterfeiters his forte came in protecting our Presidents. During his career, he was assigned to the President’s Protective Details for Dwight Eisenhower, John F. Kennedy, Lyndon B. Johnson, Richard Nixon, Gerald Ford, Jimmy Carter and Ronald Reagan. In fact, when President Reagan was shot, he was the agent that stood over him during his operation. Because of his keen sense of duty and attention to detail he was the Agent in Charge of Pope John Paul II’s visit to the United States and President Fidel Castro’s visit to the United Nations. Mr. Hollendersky retired from the Agency in July, 1986 as the Special Agent in Charge of the New Jersey Field Office.

From 1986 to 1991 Mr. Hollendersky was employed as Director of Security for the Rockefeller Family.

George was a quiet person in retirement. However, he was always there to help others. Many a days Marie and George would take seniors to their medical appointments or spend time working at Diakonia, in West Ocean City.

George was always a great athlete and played sports up until the time he retired. He enjoyed watching football and especially baseball which he excelled in at Moravian College. He also enjoyed old time westerns especially John Wayne movies from 1930 and 1940.

In addition to his parents, he was preceded in death by his wife, Marie Hollendersky; his son Scott; and granddaughter Chelsea Ann Mount.

A visitation was held on Thursday, Nov. 3, 2022 at the Burbage Funeral Home in Berlin. A Mass of Christian Burial will be held on Friday, Nov. 4 at 11:30 a.m. at St. John Neumann Catholic Church in Ocean Pines. Interment will be Monday, Nov. 7, 2022, at 11:30 a.m. at Holy Savior Cemetery in Bethlehem, Pa. Letters of condolence can be sent to the family via www.burbagefuneralhome.com.

OCEAN PINES — Marvin Ellis Chaney, 82, of Ocean Pines, passed away peacefully at home after a courageous battle with cancer. 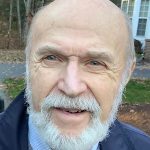 Born in Frostburg, Marvin was the son of the late Marx Ellis Chaney and Viola Irene (Jackson) Chaney. After graduating from State Teachers College at Frostburg, he began his 31-year teaching career in Glen Burnie. As a first-year teacher, he took a summer job at Montgomery Ward and found the love of his life, Mary Beth (Kearney) Chaney working behind the register in the women’s department. Through 57 years of marriage, they went on many adventures together traveling the world from Ireland to Morocco and everywhere in between.

Marvin loved being on the water and was an avid fisherman, well known for his world’s best homemade crab soup. When he wasn’t on the water or traveling the globe, Marvin enjoyed playing cards with friends and beating his grandchildren at billiards.

In addition to his wife, Marvin is survived by his children, Kevin Chaney and Lisa (Chaney) Hodge, her husband Gabriel Hodge, and his five grandchildren.

Services will be announced at a later date. Arrangements are in the care of the Burbage Funeral Home. Condolences may be shared via: www.burbagefuneralhome.com