OCEAN PINES — Judith O’Hara Boggs of Ocean Pines passed away peacefully in her home on June 12, 2021. 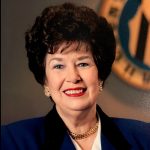 She is also preceded in death by her father and sister, Veronica O’Hara Robinson. She is survived by three children, four grandchildren, son-in-law Jeffery Gary, daughter-in-law Donna Marinelli and a host of extended family and friends.

Dedicating decades of her life to public service, Judy was elected to represent the newly established Ocean Pines District in 2002 and served a member of the Board of County Commissioners from December 2002 to December 2014. Throughout her long public service career Judy was a member of the Board of Directors of the Maryland Association of Counties, Past President, Board of Directors of the Ocean Pines Association and established and served as first President of the Worcester County Commission for Women in 2005. Judy was named Worcester County Commission for Women’s “Woman of the Year” in 2020 and in 2005 the Maryland Daily Record named Judy one of the 100 most powerful and influential women in the state.

She also served on the Tri-County Council for the Lower Eastern Shore of Maryland, Worcester County Board of Health, Worcester County Health Planning Advisory Council, Worcester County Social Services Board, legislative committee for the Maryland Association of Counties, board of the Worcester County Developmental Center, and the Kiwanis Club of Greater Ocean Pines/Ocean City. Prior to moving to Ocean Pines full-time in 1992, Judy retired from her position as healthcare administrator for Church Home and Hospital Health Centers in Baltimore.

A celebration of life will be held at a later date in the early fall.

In lieu of flowers, the family requests that memorials be made to the Community Church of Ocean Pines. Arrangements are in the care of The Burbage Funeral Home. Condolences may be sent to the family via www.burbagefuneralhome.com.

Born Dec. 23, 1930, he was the son of the late Roland F. (Sparky) Adkins, Sr. and Louise Scott Adkins. Sonny was raised by his mother, grandfather (William Samuel Scott) and grandmother Liza Jackson Scott in Newark. While three of his uncles were away in the military, he worked for his grandfather in the logging business in Newark. They were also air raid wardens and plane identification specialists during World War II. He and his grandfather supervised German POWs at the POW camp located where Stephen Decatur High School is today. After World War II, rather than attend college in Salisbury, Sonny decided to continue working with his grandfather in the family logging business in Newark.

In 1949, his family moved to Berlin. Sonny married his sweetheart, Margaret Ann Donaway on Oct. 10, 1951, shortly before he was drafted in the U.S. Army due to the Korean Conflict. He received an Honorable Discharge shortly thereafter due to a medical problem. After separation from the military service, Sonny began working for Day and Zimmerman as a lineman, building high voltage lines for electric companies. A few years later, he became a journeyman lineman with Eastern Shore Public Service (now Delmarva Power). Later he also worked for Sinclair Refining Company with some of his closest friends.

In 1964, Sonny became self-employed as an electrical contractor and incorporated his business in 1972, known as Adkins Electric Company, Inc. His company had many long-time accounts he serviced in the Berlin-Ocean City area and beyond. Also he was an avid Lionel toy train collector for many years with a huge collection of trains and toys and along with his son, J. Paul, was a Lionel dealer and service center for a few years. In addition, he was a talented harmonica player his entire life with a large, impressive collection of harmonicas. He played Gospel and Bluegrass music in local churches with a local musical group. Sonny loved his entire family and always had time for his children and grandchildren. He especially liked entertaining them and played his harmonica for them every chance he was able.

Sonny was a long-time member of Stevenson United Methodist Church in Berlin and as a child, attended Bowen United Methodist Church in Newark with his family. He was a life member of the Berlin Fire Company serving as Engineer during his active years. He was a 60-plus year member of Evergreen Masonic Lodge #153 AF & AM in Berlin, and a proud member of the American Legion-Boggs Disharoon Post #123 in Berlin having served as Past Vice Commander and Chaplain. He had also been a Berlin Town Councilman for eight years.

A memorial service for Sonny will be held on Saturday, June 26 at 11 a.m. at Stevenson United Methodist Church in Berlin. In lieu of flowers, a donation in his memory may be made to Stevenson United Methodist Church, 123 N. Main St, Berlin, Md. 21811, or the Berlin Fire Company, 214 N. Main St., Berlin, Md. 21811, or Coastal Hospice P.O. Box 1733, Salisbury, Md. 21802. Arrangements are in the care of the Burbage Funeral Home in Berlin. Letters of condolence may be sent via: www.burbagefuneralhome.com. 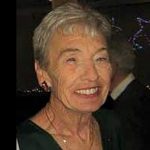 Kay was the first born of Earl William Maisel Sr. and Mary Elizabeth Maisel (Keeny), both of Ellicott City on July 14, 1941.

Kay graduated from Howard County Senior High School in 1959. She was a member of the Alpha Beta Sorority, was very active in the Ellicott City Business Association and participated in the planning and coordination of the Ellicott City Bicentennial Celebration in 1972. She was a member of the Lions Club in both Berlin and Glenwood, Maryland. Kay enjoyed ballroom dancing several times a week, she was an avid gardener, an animal lover, she enjoyed “dog sitting” and crafting.

Along with her parents, she is predeceased by her husband, Thomas A. Cardinale.

SELBYVILLE — Ellen E. Galifaro, age 79, of Selbyville, passed peacefully on Friday, June 11, 2021 at home. She was born in Cambridge, Mass. and was the 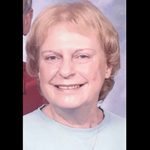 daughter of the late John and Emily (Olender) Derderian.

She had been a coordinator with the University of Maryland College Park for many years before her retirement to Delaware. In retirement, she delighted in visits from her extended family (and their friends) – the more, the merrier. All were welcome.

Ellen is survived by two daughters, Sandra J. Allen of Selbyville and Susan A. Galifaro Stalnaker of Essex, Md.; two brothers and a sister, Steven Yerkes, Paul Yerkes and Barbara McGuire; four grandchildren; and three great-grandchildren. Also surviving are numerous nieces and nephews and their children.

She was preceded in death by her husband, Thomas J. Galifaro, and a brother, Michael Yerkes.

A memorial service was held on Thursday, June 17 at Bishop-Hastings Funeral Home in Selbyville.

In lieu of flowers, donations in her memory may be made to Brandywine Valley SPCA, Georgetown Campus, 22918 Dupont Blvd., Georgetown, Del. 19947. 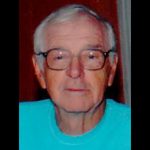 Born in Hempstead, N.Y., he was the son of the late Dewey and Charlotte (Bolls) Hannaway. He is survived by his wife, Helen (Hoevenair) Chandler Hannaway; daughter Lori Watson and her husband Michael of Rehoboth; Patti Shinberry and her husband Allen of Kitzmiller, Md.; two grandchildren, Verity and Sarah Watson; and a sister Barbara Helms of Duck, N.C. He was preceded in death by three children, Louis, Karen and George Hannaway. Also surviving are children, Dana Smith (George), Shell Chandler (Anita), Newt Chandler (Sharon) and Macon Carrick, and several other grandchildren, nieces and nephews.

Mr. Hannaway had been a regional manager with Paine Webber and Swiss Bank, UBS. He was also a United States Navy and Army Veteran. He was a graduate of Grove City College in Pennsylvania.

Inurnment will be held at Arlington National Cemetery in Virginia at a future date. In lieu of flowers, a donation in his memory may be made to Coastal Hospice, P.O. Box 1733, Salisbury, Md. 21804 or to St. Jude Children’s Research Hospital, 501 St. Jude Place, Memphis, Tenn. 38105.

Letters of condolence may be sent via www.burbagefuneralhome.com. Arrangements are in the care of the Burbage Funeral Home in Berlin.