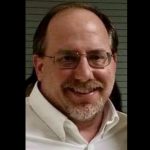 He was born March 16, 1968 to William C. Wooten and Jane Harrison Wooten. He went on to marry Valerie Wooten and worked as a general manager for the Comfort Inn Hotel where he was loved by many. He enjoyed playing golf, living by the shore and enjoyed spending time with his family.

Service is private for the family at this time. A celebration of life will be announced at a later date.

Arrangements are in the care of the Burbage Funeral Home. Condolences may be sent to the family via www.burbagefuneralhome.com 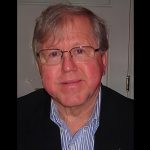 OCEAN CITY — Wayne Herbert Cannon (April 11, 1949-April 19, 2021), a popular disc jockey and dedicated member of the Ocean City community, passed away on April 19, 2021 at Atlantic General Hospital in Berlin after a brief battle with Idiopathic Pulmonary Fibrosis. He was 72.

Born in Salisbury and raised in Delmar, Wayne was the son of the late Herbert Carl Cannon and Georgia Lee Cannon. He is survived by his wife of 43 years, Christie Cannon, two children, Amanda R. Paige and her husband John Kernan of Baltimore, and Jeffrey R. Cannon of North Beach, Md. and two grandchildren, Jameson R. Cannon, and Aubrey N. Dillon. Also surviving are his brother, R. Alan Cannon of Delmar; sister, Susanne C. Tewey and her husband Frank of Annapolis; in-laws Eric and Pamela Lego of Hagerstown; numerous nephews; and one niece.

Mr. Cannon was raised in Delmar. He received a professional degree from the Career Academy of Broadcasting in Washington, DC in 1968. He then served as a medic in the Army, stationed in Germany, from 1969 to 1972. Upon returning to the States, he moved to Ocean City and began his career in radio, which in time led him to become the “voice” of Ocean City. Through the years he worked for WETT AM/WWTR FM “96 Rock” and WSEA AM/WZBH FM, before joining WGMD FM in 1993, where he remained for 20 years before retiring from radio in 2013. Wayne also served as WBAL Baltimore’s “Man in the Sand,” providing weekly insights on the goings-on in Ocean City for Baltimore residents looking to head “down the ocean” for a week at the beach. Simultaneous with his radio career, for 20 years Mr. Cannon produced and hosted the cable access show “This Week in Ocean City,” which provided an interview forum for “movers and shakers” of the Eastern Shore community.

Known locally as the “Mayor of West Ocean City,” he was the Master of Ceremonies for the Berlin Christmas Parade, O.C. St. Patrick’s Day Parade, O.C. Mayor’s Prayer Breakfast, Atlantic General Hospital Penguin Swim, local Epilepsy Telethon, and numerous other local events. He was Ocean City Citizen of the Year in 2004, Past President of the Chamber of Commerce, Past President of the O.C. Paramedics Foundation, a member of the O.C. Lions Club, where he mentored the O.C. Leo Club based at Stephen Decatur High School, and member and past Trustee of the First Presbyterian Church in Ocean City, to name a few.

It will be hard to fill the shoes of this man who willingly donated so much of his time and energy to the town and surrounding areas that he loved. A true family man, Wayne’s love of and devotion to his family surpassed even his dedication to Ocean City. He will be greatly missed by everyone who knew him.

In tribute to Wayne’s legacy of service, mentorship, and dedication to the craft of radio, his family requests that, in lieu of flowers, donations be made to the Radio, Television, and Digital News Association’s Scholarship and Fellowship program, either online at https://rtdna.networkforgood.com/projects/129443-in-memory-of-wayne-cannon or mailed to RTDNA, Attn: Scholarships and Fellowships
The National Press Building 529 14th Street, NW, Suite 1240, Washington, D.C. 20045

A celebration of life will be held on May 8, 2021 at 2 p.m. at Holy Savior Catholic Church on 17th Street in Ocean City. Social distancing protocols will be in place. A live stream of the service will be available online on the Holy Savior Facebook page. Visitation will be held the evening prior, May 7, at Burbage Funeral Home in Berlin from 5-7 p.m. Letters of condolence may be sent via www.burbagefuneralhome.com . 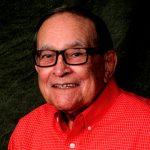 Born in Cumberland, he was the son of the late Werner Dicken and Viola DeLuca Dicken. He was preceded in death by his wife, Ann Dicken, in 2008. He is survived by his children, Theodore Dicken and his wife Stephanie of Bishopville, Anthony Dicken and his wife Joy Snyder of Ocean City, Mary Ann Ottenberg and her husband Jeffery of Potomac Falls, Virginia. He was preceded in death by his sons, Patrick Burke Dicken and Michael Werner Dicken, and a brother, Werner Dicken. Also surviving is a daughter-in-law, Susan Dicken in Ocean City; five grandchildren, Robert Neal, Burke Michael, Michaela Ann, Ashley Elizabeth, Michael Patrick; and five great-grandchildren.

Robert was a graduate of Fort Hill High School in Cumberland. He was a United States Marine Corps veteran having served in Korea and retired from the Chesapeake & Potomac Telephone Company. He was a member of Holy Savior Catholic Church in Ocean City and a loyal Washington Redskins and Washington Nationals fan. He also enjoyed golfing. He loved boating and fishing, especially when it was time spent with family.

A mass of Christian burial was held Tuesday, April 27, 2021 at 11 a.m. at Holy Savior Catholic Church on 17th Street, Philadelphia Avenue in Ocean City. Reverend John Solomon officiated. In lieu of flowers, donations may be made to Holy Savior Catholic Church 1701 Philadelphia Avenue Ocean City, Md. 21842. Condolences may be sent the family via www.burbagefuneralhome.com. 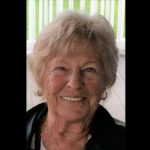 She is survived by her daughter, Tina Preziotti and her partner Raymond Kudobeck; son, Bryan Felty and his wife Sandra; granddaughter Angela Ortt and her husband Matthew; grandsons Jonathan and Justin Pirrone; and great-grandsons, Kaden and Grayson Ortt. She is also survived by her brother, Joseph Arnold and his wife Margaret, and her sister, Anna (Sister Agnes Leona), as well as numerous nieces and nephews.

She was preceded in death by her beloved husband of 52 years, Richard W. Felty Jr.; her grandson William Riedel; five brothers; and eight sisters.

Rose worshiped at St. Mary Star of the Sea/Holy Savior Catholic Church in Ocean City. She was an active member of the American Legion Auxiliary Unit #166 and a member of the Ladies of the Elks, Lodge 2332.

After a long and successful 30-year career, she retired from the federal government. To keep busy she continued working “fun jobs” until she relocated to Ocean City. She was a volunteer for 16 years at the Atlantic General Thrift Shop.

She always lived life to its fullest spending her days surrounded by family and friends doing the things she enjoyed such as her porch parties, swimming with her great-grandsons, enjoying crabs, playing slot machines and caring for her dog Lexi.

Arrangements are private and in the care of the Burbage Funeral Home. Condolences may be made via: www.burbagefuneralhome.com 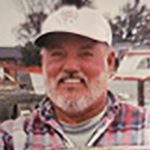 He married the love of his life, Victoria Lee (Dennis) Brady, on Oct. 5, 1968. Together they raised two sons.

Dale worked 40 years for Montgomery County Public Schools as an auto mechanics supervisor. He was a proud member of the Ocean City Jeep Club and Bikers Without Borders Foundation. He was an Eagle Scout, enjoyed the outdoors and was an avid fisherman and hunter. His mechanical inclination could be seen in all aspects of his life, not only when working on vehicles, but also in his ability to engineer solutions throughout all trades such as carpentry, plumbing and electrical. Dale was a man of few words but his actions more than made up for it. His quick wit, selflessness, kindness, patience and integrity will have an everlasting effect on his wife, family and friends.

Dale was a beloved husband, father, Pawpaw, brother, uncle, friend and our Hero. The family would like to invite you to a Celebration of Life on Sunday, May 16 from 11:30 a.m.-2 p.m. at Windmill Creek Winery, 11206 Worcester Highway, Berlin, Md. 21811. Pastor Bob Miller will share some words of encouragement followed by local musicians Opposite Directions. The family will provide water and Dale’s favorite beer. Windmill Creek will have food and wine available for purchase should you like to extend your celebration. Limited chairs will be provided so please consider bringing your own lawn chair.

In lieu of flowers, contributions can be made in Dale’s memory to The Believe in Tomorrow House by the Sea, Children’s Foundation (Beach Respite Homes, Ocean City Area) https://believeintomorrow.org/programs/by-the-sea. Letters of condolences may be sent via www.burbagefuneralhome.com 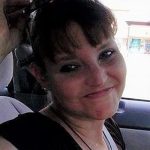 OCEAN CITY — Stephanie Christine (McClarren) Smith, age 50, passed away April 24, 2021 peacefully in her home where she lived with her fiancé, James Percy.

Stephanie was born June 1, 1970 to Robert McClarren and Cecelia (Lannak) Edwards in Baltimore. She is preceded in her death by her mother, Cecelia Edwards; stepfather, Gary Edwards; and her beloved grandparents, Blanche and Leonard Lannak. Stephanie is survived by her two daughters, Christina McClarren and Sarah Dwyer; fiancé, James Percy; her younger brother and sister-in-law, Eric and Dana McClarren; nephew Logan McClarren; and niece, Katie McCauley and her children. She is also survived by her fiancé’s immediate and extended family including his three children and grandchildren, and his mother; and many more extended family members and close friends.

Stephanie was adored by many in Ocean City. Those who knew her knew that she was kind, friendly and free spirited. She was also known for her good cooking. She had graduated from culinary school in May of 2020 with dreams of opening her own restaurant. When Stephanie was not cooking, she enjoyed spending time with her family and friends and watching T.V. She enjoyed being at the beach and thrived off the summer weather. She will be missed by the Ocean City community.

Stephanie opted to forgo funeral services or memorial services, and the family is asking that in lieu of flowers and cards, a donation can be made to Coastal Hospice P.O. Box 1733, Salisbury, Md. 21804. 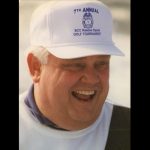 He was the beloved husband of Shirley Broderick; mother, Ruth Broderick; four daughters; a stepdaughter and three grandchildren. He was preceded in death by his father, George P. Broderick, Sr.

George worked with Asbestos Workers Local 24 and National Institutes of Health where he retired in 2000. George was a member of American Legion and the Elks Lodge. He was a Washington Nationals and Redskins fan and enjoyed playing golf.

A Mass of Christian Burial will be held at 11 a.m. on Wednesday, May 5, 2021 at St. Ann Catholic Church, 691 Garfield Parkway, Bethany Beach, Del. Interment will follow at Gate of Heaven Cemetery in Dagsboro, Del. Due to the COVID-19 pandemic, social distancing protocols will be observed and masks are required for all of those in attendance. The service will also be live streamed by visiting www.facebook.com/stannbb