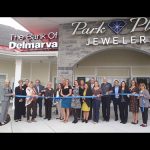 Bank of Delmarva held a ribbon cutting last week to launch its new Coin Plus program at the bank’s Park Place Plaza branch in West Ocean City. The program allows customers to place orders for cash and coins in the demonstrations chosen. The money is then loaded into a secure box in the Coins Plus room at the branch.  Pictured above is branch Manager Kelly Swagler with bank employees, board of directors and chamber and community members. Photo by Jeanette Deskiewicz 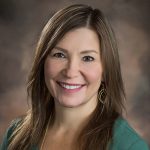 “Swift will help us expand access in our gastroenterology service line and directly benefit our patients in our community and on the Eastern Shore,” said Tim Whetstine, vice president of practice administration for Atlantic General Hospital. 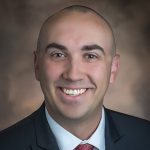 “We are thrilled to have Michael on staff to expand access to primary care for residents of Ocean View and the surrounding area,” said Tim Whetstine, vice president of practice administration for Atlantic General Hospital. “We recognize that there is a critical shortage of healthcare providers in our region, and we continue our recruitment efforts to attract qualified medical professionals to the Eastern Shore and southeastern Sussex County.” 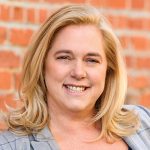 OCEAN CITY – Merrill has announced that Christine Selzer has been promoted to first vice president. She is based in the Ocean City office.

Selzer, a resident of Berlin, joined Merrill in 2006. She rreceived a Master’s degree from Johns Hopkins University in 2000.