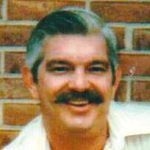 Coastal Hospice in Centreville, MD. Born in Frankford, DE he was the son of the late Franklin and Ethel Ketterman Bunting. He is survived by his wife, Ann Bunting, brother Gerald and his wife Jane, and children, William Bunting and his wife Donna of Tweed, Canada, Sherry Adkins and husband Jeff of Salisbury, Mark Bunting of Newark, MD, Susan Riley of Newark, MD, Donald Bunting, Jr. and his wife Tracy of Georgetown, DE, Kim Bunting of Berlin, and stepson, Louis Witt and his wife Roxanne of Cordova, DE,. There are two grandchildren Ryan Powell and Angelina Bunting, two step grandchildren, Amber and Charlotte Witt, and three great-grandchildren, Connor, Gracelyn and Abel Powell. Also surviving is Grace Waterhouse, mother of his children, several nieces and nephews and a host of friends. He was preceded in death by a grandson Jacob Adkins, and a brother David Ray Taylor.

Mr. Bunting served in the United States Marine Corps from 1956-1959, then joined the Merchant Marines, serving until 1962. He later worked as an electrician for Teco for 25 years. Donald loved the outdoors and was an avid hunter. He also enjoyed raising vegetables in his yearly garden.

The Buntings would like to thank Tommy Elmer Higgs and his family for making them a special part of their family for the past 31 years. Tommy was Donald’s “right arm”, and always there when he needed him.

A celebration of life was held Tuesday, Aug. 13 at the Burbage Funeral Home in Berlin. Pastor John Oltman officiated. Interment was private for the family. A donation in his memory may be made to: Compass Regional Hospice Inc., 160 Coursevall Dr., Centreville, MD 21617. Letters of condolence may be sent via: www.burbagefuneralhome.com.

HENDERSON – Ann Irene Bunting, age 74, died on Wednesday, August 7th, 2019 at her home. Born in Oswego, NY, she was the daughter of the late Louis and Myrtle Hubbard 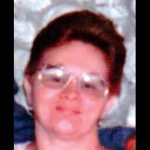 Worden. She was preceded in death by her husband, Donald Bunting, Sr, and two sons Richard and Wendall Witt. She is survived by her son Robert Witt and his wife Roxanne of Cordova, MD. There are two grandchildren, Amber Lynn and Charlotte Ann Witt. Also surviving are her step children, Mark Bunting of Newark, MD, William Bunting and his wife Donna of Tweed, Canada, Donald Bunting, Jr. and his wife Tracy of Georgetown, DE, Sherry Adkins and her husband Jeff of Salisbury, Susan Riley of Newark, MD, and Kim Bunting of Berlin.

Mrs. Bunting had worked as a laundress for William Hill Manor Nursing Home. After retiring from there she worked at Walmart. When she wasn’t working, she enjoyed gardening, and being with her husband and her extended family. An animal lover, she was also preceded in death by her devoted dogs.

A funeral service was held for her and her husband Donald on Tuesday, Aug. 13 at Burbage Funeral Home in Berlin. Pastor John Oltman officiated. Interment followed in Riverside Cemetery near Berlin. In lieu of flowers, a donation in their memory may be made to: American Cancer Society, 1315 Mt. Hermon Rd., Salisbury, MD 21804 Letters of condolence may be sent via: www.burbagefuneralhome.com.