BETHANY BEACH – Bethany Beach police say the FBI is now involved in the search for a local woman who was reported missing two weeks ago.

On June 14, Bethany Beach Police Department (BBPD) officers were dispatched to the residence of Linda Lee Bravo, 70, after a concerned neighbor reported she did not arrived home from the night prior.

This week, Captain Darin Cathell said BBPD has since partnered with the Delaware State Police Major Crimes Unit, neighboring law enforcement agencies and the FBI to further its investigation into Bravo’s disappearance.

“Currently, we have no more updates,” he said. “But we are checking all travel corridors.” 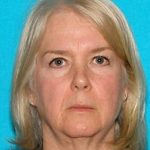 “As of right now, the only footage we have is of her car traveling southbound,” he said. “One camera near the Cottage Cafe catches her going south and the last location we have is from a cellphone ping one mile south of Bethany Beach. After that, we are unsure of what her travel path was.”

Last weekend, the Fenwick Island Police Department, along with several volunteers, assisted the agency by conducting a search party.

“The premise behind the search party in Fenwick was to look for video cameras because we are trying to get any video footage of that corridor,” Cathell said. “That search resulted in 83 cameras, which didn’t contain any footage beneficial to our investigation.”

To date, Cathell said BBPD and partnering agencies have reviewed well over 100 cameras in the area and continue to expand its search to outside jurisdictions.

“We are still waiting on information on cellphone uses from her provider to expand our search as well,” he said.

Cathell encouraged anyone with information regarding Bravo’s whereabouts, or camera footage of Bravo’s car, to contact the Bethany Beach Police Department at 302-539-1000.

“If anyone with information, or anyone with a camera on their residence or business in Fenwick, Bethany, South Bethany, or even West Fenwick and thinks they have caught something similar to her vehicle is encouraged to reach out to us,” he said.

Attempts to contact or locate Bravo have been unsuccessful, and there is a true concern for her safety and welfare. 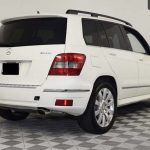 The model of Cathell’s vehicle is pictured. Authorities report her vehicle was last seen heading south on Route 1.

Bravo is described as being 5-feet-5-inches tall, 180 pounds, and has blonde hair and blue eyes. She is believed to be wearing glasses, stretchy yoga pants, a blue-colored loose top and sneakers.

“She’s been a very reliable person,” Cathell said. “Her area of travel is very local, and she frequents a lot of areas in the Bethany, Ocean View area.”