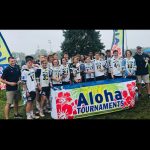 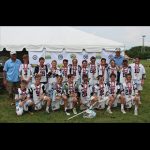 BERLIN- The Saltwater Lacrosse Club stayed on a major roll last weekend in the summer-long travel tournament season, collecting another division championship in a local tournament featuring top teams from all over the region.

Based in Berlin, the Saltwater Lacrosse Club features young players largely from Worcester County and neighboring Sussex County in Delaware. The club fields boys’ and girls’ teams in various age brackets based on their anticipated high school graduation year.

Two weeks ago, Saltwater’s boys’ 2025 team captured the B division championship in the prestigious Lax Splash Tournament in Baltimore. The 2025 team went undefeated and beat the Baltimore Breakers in the championship games. The 2025 Saltwater team scored 45 goals in four games while giving up just six, three of which came in the title game.

Last weekend, the Saltwater Lacrosse Club’s boys’ 2023 team captured the AA division title in the Brine Beach Lax Festival played at locations all over northern Worcester County. The 2023 team went 3-1 in the tournament and had to beat the API Diamondbacks twice to win the AA division championship.