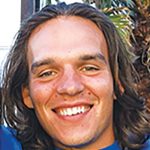 Born Oct. 13, 1987, in York, the son of Thomas Yost Thornton of Dallastown and the late Gretchen (Denniston) Thornton, he was a graduate of Dallastown High School who wrestled and qualified at a state level. Thereafter, he attended Millersville University and West Chester University, studying health and nutrition. His true passions were surfing, deep sea fishing and to become a boat captain. Earning his captain’s license through the U.S. Coast Guard, he currently worked as the first mate on the deep sea charter boat “Morning Star” in Ocean City, Md.

Taylor will be remembered as a dedicated son, brother, uncle and friend. Sometimes life gives you such bright lights that are extinguished far before their time. Surf on, T!

His final days were spent surrounded by his family. At his request, no service will be held. 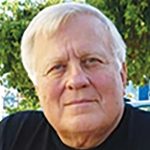 He was born on Sept. 22, 1944, in Dundalk, Md. After 35 years with AT&T, he retired as a manger in engineering. He enjoyed traveling and spending time on the beach with his family. He was also an avid Baltimore Orioles and Washington Capitals fan.

He is preceded in death by his parents, Frank J. Rott and Anna Cech; his sister, Albina McCauley; and son William James. His favorite quote was “Everyone is born right-handed, only the best overcome it!”

Arrangements are in the care of Eastern Shore Cremation and Funeral Service, 504 Franklin Ave., Berlin, Md. 21811. To send condolences to the family, please visit www.easternshorecremation.com.