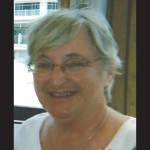 Originally from Baltimore, she graduated from Patterson High School. She was an administrative assistant at Johns Hopkins, School of Medicine, until she retired and moved to Ocean View, Del.

She is survived by her son, Eric-John Jensen; a daughter, Karen Schuler; a sister, Linda Urban; a brother, Charles Slechta; and devoted friend, Jack Strauch. She has seven grandchildren and four great-grandchildren. 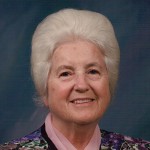 Formerly of Randallstown, Md., Mrs. Ginnavan had been an assistant librarian. She had worked for many years in the hospitality industry. She was the owner and operator of the Cabana Motel, Stonehaven Apartments, Colonel Arms Apartments and Ocean Wave Apartments. She was devoted to her family and her church.

She was a bright smiling face in Ocean City since 1964 and truly enjoyed eating at her favorite local restaurants. She was a true matriarch who lived and breathed for her family. She was honest, sincere and very hard working; a role model to so many that knew her. Her generosity has impacted many lives. To say she will be missed is an understatement.

A funeral service was held on Tuesday at 7 p.m. at the Burbage Funeral Home in Berlin. A private graveside service for family will be held on Wednesday at Lake View Cemetery in Eldersburg, Md. Donations may be made to Coastal Hospice, P. O. Box 1733, Salisbury, Md. 21804, Worcester Gold, or Worcester County Humane Society, P. O. Box 48, Berlin, Md. 21811. Letters of condolence may be made to www.burbagefuneralhome.com. 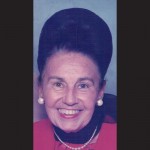 Born in Washington, D.C., she was the daughter of the late Bartholomew Curran, Sr. and Anna Virginia Mueller Curran. She was preceded in death by her husband of 55 years, Anthony J. Villani, Sr. She is survived by her daughter, Constance Villani LeCompte and her husband Michael LeCompte of South Point and her loving grand dogs; a son, Anthony J. Villani, Jr. and his wife Suzanne Woodfin Villani; and grandchildren Anthony J. Villani III, Wright W. Villani and Virginia C. Villani, all of Richmond, Va. Also surviving is a brother, Joseph Curran of Berlin, and numerous nieces and nephews. Her brother, Bartholomew Curran, preceded her in death.

She joined the Ocean City Volunteer Fire Co. Ladies Auxiliary in 1950, and was a member of the American Legion Post #166 Ladies Auxiliary, the Ocean City Women’s Club, and charter member of the Ocean City Lioness Club. Trained in piano and voice, she sang for over 60 years, lending her voice to entertain at Walter Reed Hospital and the U.S.O. during World War II in Washington, D.C. as well as the Berlin Nursing and Rehabilitation Center, receiving an award for over 20 years of service. She also sang at St. Mary’s Star-of-the Sea and St. Paul’s by-the Sea choirs. She was an inspiration to her family and friends saying often that “an education was key to a successful life and any time you get an opportunity to learn and travel then take it.” She was a member of the First Presbyterian Church in Ocean City.

A funeral service was held Nov. 30 at the Burbage Funeral Home in Berlin.

Letters of condolence may be sent to the family at www.BurbageFuneralHome.com. 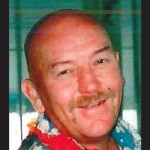 Born in Baltimore, he was the son of the late John Nagy. He is survived by his mother, Thelma Nagy of Ft. Lauderdale, Fla.; former wife Tammie Nagy, mother of his children; children, Brandon Nagy and his wife Alyssa of Redwood, Calif. and Lauren Nagy of West Ocean City; and two step-children, Brant Cassell and his wife Tabbetha of Naperville, Ill., and Justin Cassell and his wife Tiffany of Ocean Pines. There are six grandchildren, Natalie Butner, Alexis Cassell, Kaitlyn Cassell, Logan Cassell, Zachary Cassell, and Garrett Cassell. Also surviving is a brother, David Nagy and his wife Jerry of Myrtle Beach, S.C., and a host of friends. He also leaves behind his beloved companion and best friend of 24 years, Nancy Cassell.

Mr. Nagy had owned and operated Glenn’s Technical Service, which specialized in HVAC-refrigeration and gas piping. He had been an official with Bayside football for 25 years and was a member of the Berlin Lions Club. Glenn was a die-hard Redskins fan and famous for his favorite quote, “Never Give Up!”

Arrangements are in the care of the Burbage Funeral Home in Berlin. Letters of condolence may be sent via www.burbagefuneralhome.com . 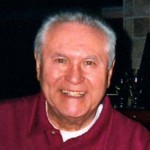 He lived in Durham for 10 years coming from Ocean City. He was the son of the late Cyril Alcantara and Josephine Sobieski Alcantara.

Mr. Alcantara was a member of the Elks Club in Ocean City, Lion’s Club in Bel-Air, Md. and the 50-50 Club in Durham. He was of the Catholic faith.

Memorial services will be held at a later time. Hudson Funeral Home will be assisting the family. Online condolences can be made at www.hudsonfuneralhome.com.

KEY LARGO, Fla. — Gail Joan Hoff, 68, died Tuesday Dec. 1, 2015 in her Key Largo, Fla. home from complications related to her COPD. Gail died peacefully with her longtime life partner by her side. 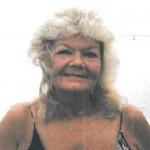 Born in Wilmington, Del. the daughter of Elsie Wheatley and Raymond Wheatman. Gail enjoyed her time sunning on the beach, cooking for her family and friends, and dancing. She worked many years as a waitress throughout her life in the Florida Keys including Little Italy in Layton and The Islander and The Trading Post in Islamorada. She also worked at several restaurants throughout the state of Maryland in her earlier years including the Mount Vernon Club in Baltimore, and the Chatham Lounge in Ellicott City.

A private memorial service will be held at her home for family members. Memorial contributions may be made to The Wounded Warrior Project, Saint Jude’s Children’s Hospital, or your local Humane Society.