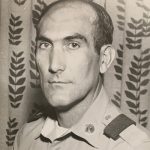 Hershel enlisted in the US Army on May 23, 1950 and did basic training at Fort Knox, Kentucky. After basic training he was assigned to the 1st Calvary Division (“First Team”) 8th Calvary Regiment E Company. They entered Korea on July 18, 1950 under the flag of the United Nations.  He was wounded on June 19, 1951 and was awarded the Purple Heart. After a short stint state-side, he returned to fight once again in the Korean War until the Armistice signed July 27, 1953. He received, among other medals, the Korean Service Medal for participation in all seven campaigns from July 18, 1950 ending with the Third Korean Winter and Korean summer fall, 1953 campaign. After service during the Korean Conflict, he served in numerous postings abroad and state-side.

He heroically served four tours during the Vietnam War as an Advisor. He served as an Advisor with the Popular Forces, June 1965 to June 1966, in Nghia Hanh and received the Vietnamese Army Medal of Valor for saving the life of a Popular Forces soldier. He next served as an Advisor with the 3rd Platoon of Company B, 1st Battalion, 8th Infantry, 4th Infantry Division. While on patrol on Nov. 9, 1966 he observed an enemy soldier about to shoot a member of his squad in the back. His quick action saved the life of his fellow soldier, and he was seriously wounded. For this act of heroism, he received the Army Commendation Medal with “V” Device.

His third tour he lived with and was Advisor to the Mountain Yard people in An Ka. He was wounded during this tour and recovered at Camp Zoma Japan. He returned to An Ka in 1968 before the TET Offensive. His fourth tour he served from July 1968 to July 1969 in An Tuc District, Binh Dinh Province where he received The Army Commendation Medal for meritorious service. He was seriously wounded for the third time in 1970 and medevacked to Womack Army Medical Center. He retired from active duty on Sept. 1, 1971. During his service in the Vietnam War, he was awarded the Gallantry Cross May 21, 1965, The Bronze Star Medal (First Oak Leaf Cluster) May 13, 1966 and The Bronze Star Medal (Second Oak Leaf Cluster) on Feb. 6, 1971. He received two certificates (written in Vietnamese) with accompanying medals.

Hershel married Carol Parker on May 29, 1975, and with son Chris, built their first home on Bonita Drive in West Ocean City. He began his employment with the Town of Ocean City as a water department supervisor and he retired after 20 years of service. In 1983 the family moved to South Point, with their property being a part of “Genezer” and enjoyed 16 years living on the Sinepuxent Bay. They moved to their new home in Berlin in 2001 and he truly loved all the wonderful neighbors and children of the neighborhood. He was a man of faith and with a steadfast and abiding love for his country. The way he lived his life was defined by being a child during the great depression and his military career.

He truly was a wonderful husband, father, uncle, brother and friend. He was so proud of his son, Chris, and loved him with all his heart. He celebrated all the accomplishments of his nieces and nephews and great nieces and nephews. In later years, Facetime with the great nieces and nephews always ended with a kiss to the phone screen. He looked forward to his grand-dog Lincoln’s annual Easter stay. He took great pride and enjoyment in having an impeccable yard. He would work outside all day among his flower beds and fruit trees. Mr. Hershel, as he was known to youngsters, was a great favorite of all the neighborhood children. Through the years, a variety of recliners have held him with a child on his lap.

The family will be forever grateful for the care, kindness and compassion of Dr. Diane Ceruzzi and the entire Atlantic General Hospital Wound Center Team, Dr. Tammy Donaway, Dr. Christopher Galuardi, Dr. Greg Stamnas, Hershel’s Amedisys Team – Leslie (his Sunshine), Emily, Penny, Gary, Erin, Jill and Taylor, the nurses and techs at Atlantic General Hospital who so lovingly cared for him during his last stay, and his “Guardian Angel” Betty who cared for him at home. There are not enough words of thanks to give the team from Coastal Hospice for their guidance to the family caring for him, and compassion during his last week. Lastly, the family wishes to thank Reverend Mark Piedmonte for his visits, prayers and hugs through this difficult time.

A Celebration of Life Service with Military Honors will be held Sunday, Sept. 18, 2022, at 2 p.m., at Buckingham Presbyterian Church, 20 South Main Street, Berlin, Md. 21811, with Reverend Mark Piedmonte officiating. The family will receive friends and neighbors at the church from 1 p.m. to 2 p.m. Letters of condolence can be sent to the family via www.burbagefuneralhome.com. Arrangements are in the care of The Burbage Funeral Home.

The youngest of four children, he was born in Hoboken, N.J. to Fred and Anna (Stoehrer) Reinknecht on Sept. 10, 1944.

Jim spent the majority of his career as the Chief Mechanical Officer for NJ Transit in Newark, N.J. He also worked 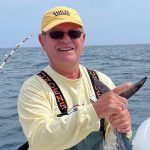 for numerous other railroad companies including, Bombardier, Allstrom, and Herzog Railroads.

He grew up in Wood-Ridge, N.J., where he met his high school sweetheart, Patricia. They were married for 57 years. They moved from Wood-Ridge to Wantage, N.J. where they raised their family.

After retiring from New Jersey Transit, additional career opportunities led them to California, Washington D.C., Florida and Annapolis. They ultimately settled in Berlin while spending their summers on the water in Ocean City.

He loved the outdoors, especially hunting, fishing and spending time on his boat. Above all, he adored being with his family and was the proud loving dad of five daughters, grandpa to 12 grandchildren and great-grandpa to four great grandchildren.

To know Jim was to love him. Jim had a big and generous heart, an amazing sense of humor, incredible wit, an infectious laugh and was always the life of any party.

A Mass will be held at a later date at Holy Savior Church in Ocean City. Arrangements are under the direction of Newbaker Funeral Home, 200 Route 94, Blairstown, N.J. 07825.

In lieu of flowers, memorial donations can be sent to the Ocean City Reef Foundation (www.ocreefs.org) or the Wilmer Eye Institute at John Hopkins Medicine (www.hopkinsmedicine.org/wilmer/charitable-giving/).

Born in Rappahannock, Va. he was the son of the late Charles Henry Woodward and Mable Nicholson. 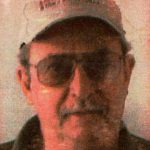 James was a family man who made sure his family always knew that he loved and cared for them. James worked as a stagehand and was a proud member of the International Alliance of Theatrical Stage Employees Local 22 in Washington DC where he met many wonderful people and made lifelong friends during his time at the J.F Kennedy Center for the Performing Arts.

No formal service has been planned at this time. Letters of condolence can be sent to the family via www.burbagefuneralhome.com. Arrangements are in the care of The Burbage Funeral Home in Berlin.

Frank was born Nov. 18, 1931 in Frostburg to the late Samuel J. and Mary Ruffo. He was the eldest of three 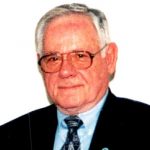 children, a brother, Ronald Ruffo of Crownsville, and a sister, Janet Bittner of Meyersdale, Pa.

Dr. Ruffo graduated from La Salle High School in Cumberland in 1949 and Frostburg State Teachers College in 1953. He earned a Master’s Degree in Guidance and Personnel (1958) and a Ph.D. in Administration and Supervision (1974) from the University of Maryland, College Park.

Dr. Ruffo was appointed Superintendent of Schools for Worcester County on July 1, 1978 and held that position until his retirement in 1990. During his tenure as Superintendent, Worcester County Public Schools were recognized statewide for excellence in education. Frank was presented the Outstanding Educator Award by the Maryland Association of Elementary School Administrators in 1989 and the Frostburg State University Lifetime Alumni Achievement Award in 1986. Prior to his appointment as Worcester’s School Superintendent, Ruffo began a distinguished professional career in Prince George’s and Anne Arundel counties serving as a Teacher, Counselor, Pupil Personnel Worker, Assistant Principal, Principal, Director of Secondary Education and Assistant Superintendent of Schools. Before beginning his career in public education, Frank served in the U.S. Navy from 1953 to 1955 as a Gunnery and Deck Officer aboard the USS Witek, EDD848.

Dr. Ruffo was a member and/or officer of numerous State and local commissions and organizations. He served on the Board of Directors of the Choptank Electric Cooperative, the Ocean Pines Association, the Community Foundation of the Eastern Shore, and Atlantic General Hospital. He also served on several Worcester County commissions including Economic Development, Mental Health and Addictions, and the Commission on Aging. His service at the State level included President of the Public School Superintendents Association, President of Phi Delta Kappa (National Honorary Society for Educators), and life member of the Maryland Congress of Parents and Teachers. He was also a member and past President of the Berlin/Ocean City Optimists, the Knights of Columbus, and the Sinepuxent American Legion Post #166 in Ocean City.

Frank was a true family man and devoted to his wife of 68 years. In retirement, he spent many active and wonderful years with the love of his life in their beloved Venice, Fla. home. He enjoyed golfing, reading, spending time with family and socializing with their tight knit group of friends in Venice.

In lieu of flowers, the family requests donations be made to the “Dr. Francis A. Ruffo Memorial Scholarship Fund” at CFES.org/donate or mailed to Community Foundation of the Eastern Shore, 1324 Belmont Ave. Ste. 401, Salisbury, Md. 21801.