BAREFOOT BAY, Fla. — Charles “Chuck” Regnier, age 81, of Barefoot Bay, Fla., passed away peacefully at Coastal Hospice At The Lake early Sunday, Aug. 7, 2022. Born in Baltimore, he was the son of the late Helen Marie Spies and Wilmer Disney Regnier. 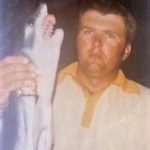 In his early years, he served his country in the Marine Corps while pursuing his degree in engineering. He graduated from University of Maryland with his bachelor’s degree in science and later went on to further his education at Johns Hopkins, also in science. He worked for Century Engineering for 21 years prior to his retirement. Starting in his early years, Chuck was an avid collector of Boston Whalers. He admired the craftsmanship of marine vessels and loved the woodworking and teakwood on boats that had it. Chuck loved being out in the ocean fishing and was an exceptional angler, he also obtained his captains license in his early 40s. He was a lifetime member of Bass Masters and enjoyed skeet shooting and served as a referee. Throughout his life, he enjoyed playing bridge and continued to play bridge throughout Maryland, Delaware and Florida. He always had a story to share with anyone he met whether it be fishing, his travels abroad engineering and mostly anything in regard to history.

He is survived by his wife, Sharon Regnier. In addition, he also leaves behind two daughters, Michelle Melson (Drew) and Murrie Myers Wall (Chris), both of Ocean City. Chuck has five grandchildren, Hannah, Matthew, Mary, Sarah and Rachel, all of Ocean City. He is also survived by his canine companion, Ollie.

In lieu of flowers, contributions can be made in Chuck’s honor to Coastal Hospice, PO Box 1733, Salisbury, Md. 21802.

Mrs. Price was born in Washington, DC and was the daughter of the late Francis Ellsworth and Marie Gladys (Link) Dodd.

She was a retired real estate secretary and co-owner of the former Pirates Den in Ocean City. 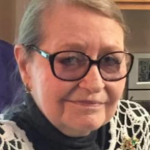 Services will be private at a later date. In lieu of flowers, donations in her memory may be made to St. Jude Children’s Hospital, St. Jude Place, Memphis, Tenn. 38105 (www.stjude.org). Condolences may be sent by visiting www.bishophastingsfh.com.