OCEAN PINES – Director Doug Parks will serve as association treasurer for the remainder of the board year following Director Larry Perrone’s resignation from the position. 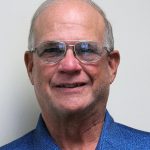 “This letter is to advise you that I am resigning my position as treasurer of the OPA effective today,” he said. “This decision is a result of your direction to me and the rest of the board that we are prohibited from answering any financial questions raised by community members.”

In his resignation, Perrone explained he had received a question from an association member regarding financials. But when he attempted to acquire a financial report, Perrone said the general manager had advised him to submit the member’s question to the association email address.

“When the issue was raised with you, you directed me and the board to submit all inquiries to the website,” he said. “When I asked about the authority to make such a unilateral decision, you advised me and the board you feel this is the best course of action.”

He continued, “In essence, you have de facto appointed the general manager the treasurer of the association. You do not have the authority to direct the treasurer or the board not to answer questions from community members. I cannot support this direction, which I think directly contradicts the duties for the treasurer or any board member.”

Horn told Perrone last week she would accept his resignation but argued the association’s governing documents neither allowed nor prohibited directors from responding to community members.

“The info@oceanpines.org mechanism was put in place to reduce confusion and create a businesslike approach to following up on all questions having to do with operations,” she replied. “I do not believe that means individual directors cannot answer questions, but simply would encourage directors to continue to use info@oceanpines.org to get the questions to the right person on the operations team, so that we have consistency of communication, which in my view is one of the best business practices that I think everybody sitting at this table had hoped to achieve when they each took their seat as a director.”

Perrone argued the most recent matter was just one of a few involving the treasurer and the general manager.

“This is the last of a couple instances involving a conflict between the treasurer and the general manager regarding duties and responsibilities of the treasurer, and unfortunately you have taken a position that the general manager should be the sole source of answering financial questions,” he said. “As I stated in my resignation letter, you are de facto appointing him treasurer of the association. He is not the treasurer of the association. He is the chief operating officer and chief personnel officer.”

Perrone added that Horn did not have the authority to restrict the board from answering association members’ questions.

“We are the representatives of this community, and if a question is raised, and we can get the answer for the community, that’s what we should be doing,” he said.

Late last week, Horn announced Parks would serve as treasurer for the remainder of the board year following a unanimous vote.

“Within two weeks after the annual meeting, during which the election of new directors will be validated, there will be an organizational meeting at which the newly constituted board will elect new officers of the association,” Horn said in a statement. “Director Parks will serve as treasurer until the new officers are elected. The board thanks Director Parks for his willingness to assume the responsibilities of this position.”