OCEAN CITY — A Ridgley, Md. man, charged last month for attempted first-degree murder for his role in the stabbing of an 18-year-old during a triple-stabbing incident on the Boardwalk back on June 20, has now been charged in the stabbing of the other two victims. 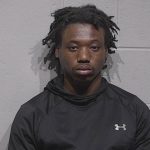 Officers were able to identify Paul Baynard, 23, initially as the suspect in the stabbing of the 18-year-old victim. Through a coordinated effort of various law enforcement agencies, Baynard was located in Queen Anne’s County and was taken into custody without further incident. Since his arrest, Baynard has been held without bond in the Worcester County Jail.

Last week, however, the OCPD announced it was charging Baynard in the stabbings of the 17-year-old and 21-year-old victims. Baynard was charged last week with two counts each of attempted first-degree murder, attempted second-degree murder, first-degree assault, second-degree assault and reckless endangerment, the exact charges he faces for his initial arrest for allegedly stabbing the 18-year-old victim. All in all, he faces three sets of the same charges and remains behind bars in Snow Hill.

OCPD officers from the Criminal Investigation Division (CID) were able to determine the fight on the Boardwalk involved two different groups of individuals. Detectives were able to utilize the City Watch surveillance camera system, social media platforms and witness testimony to assist in the investigation. CID detectives were ultimately able to identify Baynard as the alleged suspect in the stabbing of all three victims. A preliminary hearing was set for Thursday, July 28.