BERLIN – Beloved by countless friends and family, Robert (Bob) Harry Phillips, age 93 of Berlin, passed away at the Coastal Hospice at the Lake on Oct. 21, 2021. 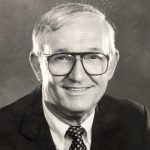 Born in Hebron, Maryland, on March 27, 1928, he was the son of the late John Edward Phillips and Elizabeth Savage Phillips.

Bob is survived by his wife of 48 years, Esther Collins Phillips; a daughter, Leigh Ann Taylor (Ricky); a son, Robin S. Johnson (Carol); five grandchildren, Katie Cabrera (Joaquin), Hunter Johnson (Brandie), Ryan Taylor, Brett Taylor, and Jake Taylor; and one great-grandson, Gavin Cruz Cabrera. He is also survived by his sister, Brenda P. Fox (Jim). He loved his nieces and nephew like his own — Susan Colliton (Kevin), Lori Bennett (David), and Jim Fox II (Dawn). He also loved his great nieces and nephews — Sarah, Corie, Patrick, Jimmy III, Jordan, Jessie, Johnny, and Rachel. He was preceded in death by not only his parents but also his son, Robbie Phillips, and his sister, Peggy Elaine Phillips.

He graduated from Hebron High School in 1946 and then from Beacom College in 1948. For 42 years, Bob was employed by two different banks — the Union Trust Co. (24 years) followed by Peninsula Bank (18 years). He served Peninsula Bank in various lending, managerial and business development capacities including regional vice president for the bank’s three offices in Ocean City and Berlin, and in 1988 was named vice president for business development in Worcester County.

Active in various civic and community affairs, Bob was a member and a director of the Berlin Lions Club, a director of the Worcester County United Fund Drive and a director of the Berlin Heritage Foundation. His other previous affiliations included the Ruritan Rockawalkin Club, the Board of Zoning Appeals for the Town of Berlin, Worcester County Board of Education Technology Task Force, Berlin Chamber of Commerce and the Atlantic General Hospital Fundraising Campaign Committee. A member of the Lions Club for 47 years, Bob was a recipient of the Melvin Jones Fellow Award for his humanitarian efforts. He was also a member of the Stevenson United Methodist Church in Berlin where he enjoyed listening to the church’s pipe organ.

After retiring from the banking industry, his passion for fine woodworking drew him into his woodworking “shop” just steps away from his back door. He spent many hours in his shop finetuning his craftsmanship. The exquisite detail of his work was deeply appreciated by countless individuals for whom he made furniture. Bob was also an avid reader with an insatiable appetite for fiction, reading up to several books a week, even up until the time of his passing. In his later years, he also thoroughly enjoyed “the Lunch Bunch” gatherings on Wednesdays as well as the monthly Phillips “Cousins’” luncheons. He was well known for his authenticity, humor, intelligence and wit which served him well throughout his life. It has been said, “to know him was to love him. “

A celebration of his life will be held on Nov. 21, 2021 (2 p.m.) at Stevenson United Methodist Church in Berlin. Rev. James Fox and Rev. David Bennett (nephews) will officiate. For health considerations, face masks are recommended and there will be no visitation prior to the service. In lieu of flowers, memorial contributions are welcome to Coastal Hospice (P.O. Box 1722, Salisbury, Md. 21802) or to Stevenson United Methodist Church (123 N. Main Street, Berlin, Md. 21811).

Arrangements are in the care of Eastern Shore Cremation and Funeral Service. To send condolences to the family, please visit www.easternshorecremation.com. 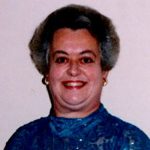 Born in Baltimore she was the daughter of the late Rev. Harry Hager and Ruth Hoover Hager. She is survived by her husband, Wayne W. Matthai, and one son David Matthai and his wife Nancy of Yardley, Pa. There are two grandsons, Andrew Louis Matthai and James Wayne Matthai. She was preceded in death by a sister, Ruth Elaine Robbins. She was a 1959 graduate of Westminster High School in Westminster and had been an office manager and technician in a dental office.

Joyce and Wayne (Sr. P&G Manager) traveled extensively, living in Japan for four years and visiting Asia and Europe as well as all the 50 states. She loved animals and enjoyed viewing elk, deer, bear, fox and bobcats which abounded at their home in Golden, Colo. She also enjoyed cooking and was affectionately known as the “Admiral of the household”.

No formal services are planned at this time. Cremation followed her death. A memorial service will be at a later date. In lieu of flowers donations may be made to the Worcester County Humane Society, P.O. Box 48, Berlin, Md. 21811

ROXANA — George J. Doll Jr, a recent resident of Roxana, Del., transitioned to his greater reward during the early morning hours of Sept. 13, 2021, after many years of suffering 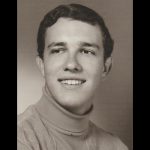 He is survived by sister Gail C. Dawson (Doll); brother Lee A. Doll; and his brother-in-law, Gary (Pat) McNamara, Sr. He is also survived by many nieces and nephews, including his godchild, Michaeline Vincent (McNamara), several cousins, and a large group of friends both in Maryland and Delaware. His marriages to Audrey Doll (Eisenstein) and Eileen Doll (Timms) ended in divorces.

George attended elementary school at St. Joseph Monastery School and high school at Mt St. Joseph, both located in the Irvington area of Baltimore. George received an  Associates of Arts Degree from Catonsville Community College and a Bachelor of Science  Degree from UMBC. He received his Master of Social Work Degree from the University of Maryland. George excelled in sports, particularly baseball (pitcher) and billiards.

After high school, George worked for the Arbutus Veterinarian Hospital and in the Emergency Room at University Hospital. He spent his career as a social worker doing family counseling, youth crisis counseling, helping those with drug and alcohol addictions, and hospice counseling at  Levindale Hebrew Geriatric Center & Hospital. He finished his career as a social worker for the State of Maryland.

George volunteered for the draft and served a tour in Vietnam. He was assigned to the Inspector General’s team of Preventative Medicine. Upon retiring, George moved to Delaware spending his time gardening and caring for stray cats.

There was a brief military honors internment in September at Garrison Forest Veterans Cemetery in Owings Mills. The family is planning a celebration of life for George on Dec. 4, 2021. Donations in George’s honor can be made to My Brother’s Keeper J. P. Blase Cooke Center, 4207 Frederick Avenue, Baltimore, Md 21229; or to the Baltimore Animal Rescue Care Shelter, 2490 Giles Rd., Baltimore, Md. 21225 @ barcs.org. 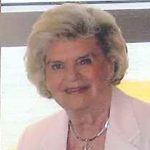 FRANKFORD — Jeanne Devers White, 85, of Frankford passed away on Saturday, October 23, 2021 at home with friends and family by her side.

Jeanne was the daughter of the late Patrick and Helen Devers of West Pittston, Pa. Born on Dec. 21, 1935, she resided in the family home in West Pittston where her early education took place at Immaculate Conception Elementary School, and Saint John the Evangelist High School. She graduated with a Bachelor of Science degree in chemistry and nutrition from College Misericordia, in Dallas, Pa. She also completed advanced Dietetics studies at several medical centers in New York City.

Jeanne was a dedicated civil servant, joining the U.S. Food and Drug Administration (FDA) in 1963. During her career at FDA, Jeanne held many senior positions including being named the first FDA White House Liaison and serving as the Assistant Director of Field Operations in the White House Office of Consumer Affairs. In 1972, Jeanne was directed by the Nixon Administration to establish the country’s first White House Consumer Protection Office in a Disaster Area in the aftermath of Hurricane Agnes. This initiative to open a Consumer Protection Office has continued as a template for other disaster areas that have occurred since then. She also served as the Regional Director, Director of Field Operations and National Director of Communications at the U.S. Consumer Product Safety Commission (CPSC).

In 1999, Jeanne retired from the FDA Commissioner’s Office of National Industry, Scientific, and Trade Affairs. Among her numerous national and international awards, Jeanne is a seven-time winner of the FDA Award of Merit, the FDA’s highest award. She is also a recipient of the Presidential Award of Excellence and was named Regulatory Professional of the Year in 1992 by the Regulatory Affairs Professional Society. Jeanne most recently was the Director of Communications at Nocopi Technologies, being appointed to that position in December 2003.

Jeanne was an avid shopper and had a flare for bold colors. She enjoyed spending time with family and friends and staying active during her retirement years. She was a member of St. Luke Catholic Church in Ocean City.

Jeanne was preceded in death recently by her sister, Anne Kovacs of Selbyville.

A viewing was held Oct. 27 at Bishop-Hastings Funeral Home in Selbyville. A Mass of Christian Burial will be held in Pennsylvania on Friday with burial following.

In lieu of flowers, the family recommends doing something nice for someone else. Condolences may be sent by visiting www.bishophastingsfh.com

Born in Glen Burnie, he was the son of the late Paul and Emily (Bounds) Hantske. He is survived by his brother, Robert Hantske of Annapolis, and nieces Ari Hantske and Nettie 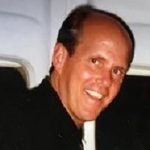 Widgeon, both of Berlin. Preceding him in death was his older brother, Paul Hantske.

Mr. Hantske was a graduate of Annapolis High School and attended the Maryland Institute College of Art in Baltimore. After retiring from a career with United Airlines, he worked at Outback in Ocean City. In his spare time, he enjoyed spending time with his family.

A celebration of life will be held Saturday, Oct. 30 at noon at the Boggs-Disharoon American Legion, Post #123 at 10111 Old Ocean City Blvd. in Berlin. Arrangements are in the care of the Burbage Funeral Home in Berlin.