OCEAN CITY — While progress in the case has been hampered by continued COVID-19 restrictions, it appears a resolution in the $1 million civil suit filed against the Town of Ocean City by the family of a woman found deceased and buried on the beach four years ago is pending.

In July 2017, the decedent, Ashley O’Connor, 30, of Plano, Texas, was found buried in a hole on the beach near 2nd Street. The victim’s family in 2019 filed a $1 million civil suit against the town of Ocean City alleging negligence on the part of the defendants.

Due in large part to COVID, the case has moved slowly over the last year-and-a-half and a motion was filed this week seeking an extension of several key deadlines in the case. However, language in that motion suggests the parties could be nearing a resolution in the case.

“The parties had not initially engaged in significant, and likely costly, discovery to facilitate an early settlement conference, which was conducted in February of 2020,” the motion reads. “Without disclosing substance, the parties have made substantial progress towards resolution and are optimistic the matter will soon be resolved.”

On July 31, 2017, the Ocean City Public Works Department’s beach cleaning crews were completing their overnight duties between 6 a.m. and 7 a.m. when they discovered a deceased woman on the beach at 2nd Street later identified O’Connor. The Ocean City Police Department (OCPD) Forensics Unit, with assistance from Maryland State Police crime scene technicians, processed the scene and removed the victim’s body from the sand around 4:15 p.m. that afternoon, or several hours after it was first discovered. The victim was evaluated by the Office of the Chief Medical Examiner, who determined the cause of death was accidental and the manner of death was asphyxia due to suffocation.

After an exhaustive investigation, OCPD detectives determined that around 2 a.m. on July 31, O’Connor walked alone onto the beach in the area of 2nd Street and shortly thereafter fell into or sat in a hole roughly three- to four-feet deep made by a person or persons unknown. Around 6:30 a.m., she was discovered buried in the sand. 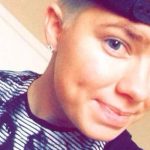 O’Connor had been vacationing in Ocean City with her parents and the family members had been at a Boardwalk establishment. At some point, O’Connor’s mother walked back to their lodgings on the Boardwalk nearby and the victim a short time later walked down the Boardwalk and onto the beach around 2nd Street. OCPD Chief Ross Buzzuro said video surveillance showed O’Connor walking on the Boardwalk and then briefly on the beach, but there was no available video evidence of her falling into or sitting in the large hole.

At some point after O’Connor ended up in the hole, the dry sand surrounding it collapsed for reasons unknown, covering the victim. The Office of the Chief Medical Examiner ruled the death to be accidental caused by asphyxia due to suffocation. It was not known after the incident, nor will it ever likely be known, how the hole collapsed around O’Connor.

However, the $1 million civil suit filed by the decedent’s family in July 2019 asserts the town was negligent for a variety of reasons, including that it invites visitors to use the beach at all times, night and day, and does not post warnings about potential holes and heavy equipment cleaning the sand overnight. However, a city ordinance prohibits being on the beach between 10 p.m. and 6 a.m.

In the formal complaint, the plaintiffs allege the town was negligent because the town’s crews failed to see the decedent in a hole on the beach and drove over her “not once, but multiple times, entrapping her and failing to look into the hole in which Ashley O’Connor was located.”

The town of Ocean City has since filed a motion to dismiss the case, asserting the town invites residents and visitors to enjoy the beach at certain times of the day, but there was an assumption of risk for the decedent to be on the beach at that early hour of the morning.

While certain language in the motion filed this week suggests a resolution may be near in the case, the federal judge approved the extension of key deadlines, largely pointing out COVID restrictions have made discovery difficult.

“Accordingly, the parties are seeking another extension, as in the addition to the resolution efforts, the COVID-19 pandemic has delayed or interfered with both parties’ pursuit of the case, and at this time, depositions have not yet been taken,” the motion reads. “Additionally, a critical non-party witness, who discovered the decedent who had been cooperative, did not appear when the defendant’s attempt to take his rescheduled deposition and fact discovery is still not completed.”