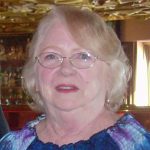 She was born Mazie Josephine Mills in Parkersburg, W.Va. on Dec. 8, 1939 to Herbert and Dorothy [Davis] Mills. Her parents were divorced when she was very young. She lived with her Davis grandparents and then her Mills grandparents. She was adopted by her paternal aunt, Mazie [Mills] and Charles Johnson, at age 15. She lived in Japan for one year and then returned to the DC area. She attended Frostburg State Teachers College where she met and married Charles D. Smith, Jr. They recently celebrated their 61st wedding anniversary.

Jo was preceded in death by her natural and adopted parents and two sisters, Carolyn Harmon and Barbera Sue Morrison.

Jo loved family, nature, cooking, friends and travel. She and Charles took 15 cruises including one river boat cruise in Europe. They also took four, 90-day, cross country trips, including driving to Alaska. They visited all 50 states, over 15 islands and 20 foreign countries. And Charles bragged he was married to the best cook east of the Mississippi. She was also an excellent bridge player.

Jo also supported the Optimist International [OI] organization. She loved the programs they supported and were “friend of youth”. She worked with Charles for over 50 years to support OI. 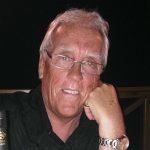 Don was born in New Britain, Conn. on July 28, 1944 to Donald and Alice Pelletier. He was preceded in death by his parents and his sisters, Jerry and Joan. He is survived by his loving wife of 39 years, Diane K. Pelletier. Don is also survived by a large and loving extended family in Connecticut.

A Marine Corps Veteran and Purple Heart recipient, Don “Pell” Pelletier served honorably in Vietnam, and was a proud Marine throughout his life.

Don was a wine connoisseur and an accomplished professional in the food and beverage business where he found joy in sharing his knowledge with friends and colleagues. A legend in the hospitality industry, Don helped many restaurants with their wine lists. A decision on a particular wine would be final. Owners and managers bragged that he had written their wine list. Although he had worked at other places in Ocean City, he found his true passion in his 42 years at Fager’s Island.

If you were lucky enough to have Don as a friend you were extremely fortunate. His loyalty was unquestioned. Friends would seek out Don’s advice on many issues and they could count on a direct opinion. You always knew exactly where he stood on any subject. There was no gray area with “Pell.” On any given day he could be found shooting the breeze with a cast of characters at Ocean City’s favorite places. He brought his unique sense of humor to every story he told. Always well respected among his peers, his friends included people from all walks of life, from around the globe.

Don would never hesitate to remark about the significance of his marriage to Diane. Time after time he would say, “I have Diane to thank for that”. Everyone knew them as “Don and Di”. There was no Don without Diane.

Years ago, Don had a reconciliation with God which led to a mecca to the Holy Land and a lasting relationship with the Lord. This along with daily mass had a profound influence on Don’s outlook toward life. He fought a valiant fight against cancer with dignity and grace. He was special to all who knew him and he has left an everlasting mark on the history of Ocean City – a town he truly loved. RIP dear friend, we already miss you.

In lieu of flowers donations may be made to the Macky and Pam Stansell House Coastal Hospice, 1500 Ocean Parkway, Ocean Pines, Md. 21811.

Condolences may be sent to the family via www.burbagefuneralhome.com. 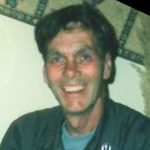 He worked at The Dutch Bar on the Boardwalk as well as several local hotels over the years.

He will be missed by some family members and his Ocean City family and his many friends. We love you and God Bless you.

A memorial service will be held at a later date.