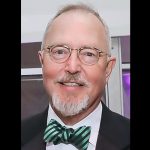 Sidney was born on Feb. 3, 1950, in Swan Lake, Idaho to parents Perry and Bernice Beckstead. He was raised in Salt Lake City, Utah with his two brothers, Jay and Richard. Sidney received his Bachelor’s Degree from the University of Utah.

Sidney was a true renaissance man; a gentleman, an artist, an entrepreneur, and along with his wife Sherrie, a dedicated philanthropist. Sidney had a passion for painting, creating extraordinary art, furniture and jewelry. He was also an avid music lover and fly fisherman. He was known for his good humor, his infectious smile and his kind and compassionate spirit.

Sidney is survived by his wife of 35 years Sherrie; his three children, Jessica, Sara, and Harrison; his two standard poodles Sookii and Henri; his brothers Richard and Jay; sisters-in-law, Paula and Kathleen; along with several nieces and a nephew.

In light of COVID-19, the Beckstead family will announce a spring date to honor and celebrate the life of Sidney. The family asks in lieu of flowers or gifts that donations be made to one of the charitable organizations that the family supports in honor of Sidney.

Letters of condolence may be sent via www.burbagefuneralhome.com. Arrangements are in the care of the Burbage Funeral Home in Berlin. 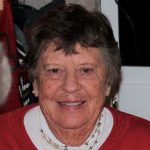 She was the daughter of the late Agnes Williams Klein and the late Daniel E. Klein. Sunny was born on Dec. 3, 1927 and lived on Lynchester Road in the Ashburton section of Baltimore later moving to University Parkway in Roland Park.

She attended Roland Park Country School, graduating in 1945. Before attending Loyola College where she received both undergraduate and graduate degrees in education, she earned an AA degree in Physical education from the former Marjorie Webster Junior College. Sunny also took classes at Johns Hopkins University.

Her teaching career spanned four decades and included private, parochial and public school assignments. Sunny began teaching at Roland Park Country School, teaching third grade. In the early 50’s she was the physical education director at the former St. Agnes school in Mt. Washington. After becoming interested in special education students, she taught in the parochial school system for several years before moving to Ridgley Middle school in Baltimore County from 1975 until 1986. After moving to Cape Coral, Fla., she became a long-term substitute at the Gulf Elementary School for 10 years.

Working with the YMCA in Baltimore, Mrs. Lee directed a summer program at St. Michael’s Church on Wolfe Street in Baltimore City. This began as a Head Start program and she continued her work there until 1976.

While living in Cape Coral, Fla. upon retirement, Mrs. Lee became interested in the Neonatal Intensive Care Unit at Lee Memorial Health System. She was accepted into the first volunteer class for the NICU, and from 1985 until 2001 she actively supported the unit, becoming the first chairperson of the Cuddler Program. With approval of the doctors and staff, she assembled training materials for incoming volunteers to the Cuddler Program and assembled information into a printed book with the aid of other volunteers. The Cuddler Handbook described the philosophy, policies and in unit procedures appropriate for premature babies and families. Under her guidance, the program grew from a handful of volunteers to an expanded coverage serving the nursing staff 24/7. Mrs. Lee accumulated 7,500 volunteer hours before resigning to move back north to be with family. Her husband, William Lee, volunteered as well at the hospital and they both continued as members of the hospital Auxiliary.

An earlier marriage to Edwin Merrill Anderson ended in divorce.

Mrs. Lee’s love for her family was intense and she delighted in having everyone together for special occasions, and especially for Sunday dinners. The later became a family tradition and only stopped when family members moved away making distance a problem.

Mrs. Lee is survived by four children — C. Bruce Anderson of Ocean City, Maryland, a retired attorney and current part time magistrate judge for the US District Court of Maryland; Gary M. Anderson, of Lutherville, a retired sales manager with PHH and his wife, Linda; Agnes M. Anderson, of Covington, La., a sales instructor and manager with AT&T; and Richard H. Anderson, of Jarrettsville, owner of two seafood businesses and a restaurant, One Eleven East Main, in Belair, Md., and his wife, Lisa.

A memorial service will be held at a later date. And internment will be private at the Druid Ridge Cemetery in Baltimore.

Arrangements are being handled by Mitchell Wiedefeld Funeral Home in Baltimore.

OCEAN PINES — Bernadine Anita Vilsack, age 86, went to be with her Lord on Tuesday, Dec. 29, 2020, after a long battle with Alzheimer’s Disease. 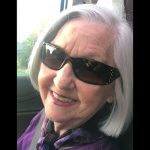 Born in Uniontown, Pa., she was the daughter of the late Vincent and Margaret Trocheck. She is survived by her loving and devoted husband of 65 years, Bernard A. Vilsack, and daughters, Catherine A. Vilsack of Edgewater, Md., Cheri L. Simpson and her husband Michael of Union Bridge, Md., and her estranged daughter, Mari C. Cummings of Solomons Island, Md. She was an adored grandmother to four grandchildren, Eric Hajducsek, Crystal Lowe (Mike), Theresa Alexander (Wade) and Samantha Greenberg (Tim), and five great-grandchildren. In addition, she is survived by numerous nieces and nephews.

Mrs. Vilsack was a 1952 graduate of North Union High School where she was a cheerleader. She later became employed briefly by a textile factory which made clothing. She spent her life as a homemaker raising her family and grandchildren. Upon moving to Ocean Pines, she became a member of St. John Neumann Catholic Church, the Red Hat Society, and the Northside Park Line Dancers, which has been performing at Springfest and Sunfest for 20 years. She also enjoyed bowling with the O.C. Bowling League and was an avid card player.

A mass of Christian Burial was held at Holy Savior Catholic Church in Ocean City on Tuesday, Jan. 5. Rev. John Solomon officiated. Interment followed in Garden in the Pines in Berlin. A donation in her memory may be made to Coastal Hospice, P.O. Box 1733, Salisbury, Md. 21802-1722 or donate online at StansellHouse.org. Letters of condolence may be sent via www.burbagefuneralhome.com. 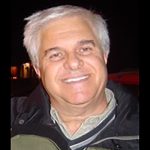 Born in Sicily, Italy, he, along with his parents and two brothers, immigrated to the United States through Ellis Island in 1951. The family settled in the Lower East Side of New York City and later Brooklyn and Queens, N.Y. He was the son of the late Joseph and Antonina Trombino. He is survived by his wife of 32 years, Susan Trombino, and children from a previous marriage, Annette Swan and husband Steve Swan of Annandale, N.J., and Anthony Trombino of Groveville N.J. He was an adored grandfather to two grandchildren, Margaret and Abigail Swan. Also surviving is his brother, James Trombino of Ocean City, and sister-in-law Patricia Trombino of Princeton, N.J. He was preceded in death by his older brother. Michael Trombino. in 2018.

Mr. Trombino worked in New York City and Princeton, N.J. as a trade association manager with the Metal Powder Industries Federation. He founded and later retired from his own publishing and typesetting business, Century Graphics, in Princeton.

He enjoyed visiting Ocean City over the years owning oceanfront condos and later retiring and building a home in Ocean Pines. He and Sue enjoyed the Ocean City restaurant scene where they made many friends. Tony was also an accomplished professional drummer playing in various rock bands and music halls in New York City. In retirement, he enjoyed tinkering, building almost anything in his workshop. An avid baseball fan, he followed the New York Mets and the Washington Nationals. He also enjoyed playing golf with close friends.

Cremation followed his death. Due to COVID-19 precautions, services will be private for the family. In lieu of flowers, the family requests donations in his memory to Atlantic General Hospital Foundation, 9733 Healthway Dr., Berlin, Md. 21811. Letters of condolence may be sent via www.burbagefuneralhome.com 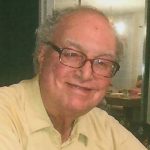 Warren was born to Lyman and Beatrice Stone, he graduated from Lafayette College in 1955 with a Bachelor Degree. He served his country in the US Army and received an honorable discharge.

Warren went on to marry Anna in 1962 and began working at the Office of Social Security, where he worked for 25 years. He later retired and they both moved to Ocean City.

Warren loved playing bridge and was very involved in the game. He directed and played for many years and eventually earned enough points to become a Gold Life Master.

Private funeral services will be held for the family at a later day. Arrangements are in the care of The Burbage Funeral Home. Condolences may be sent to the family via www.burbagefuneralhome.com. 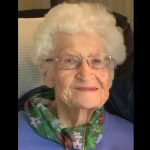 She was born in Baltimore and was the daughter of the late John and Agnes (Studzinska) Markiewicz.

Rita was an original Rosie the Riveter at the Martins Plant in Baltimore during WW-11. Later she worked as a telephone answering operator for 40 years. Rita was an active member of Ocean City Polish Club and past Secretary of Baltimore Chapter USPS Carrier Association.

In addition to her parents, she was preceded in death by her brother, Edward Markiewicz, and two sisters, Marion Thompson and Irene Carper-Bolden.

Services will be held at a later date.

She is survived by her daughter, Susan Rencher and her husband, John, and son Robert P. Bunting and his wife Holly, all of Berlin.
Also surviving are grandchildren Ralph Bunting, Laurie Petrino, Christopher Bunting and Erin, Jessica Bunting and Jenny Bobenko and Nick. She was also preceded in death by a granddaughter Allison Novelli. There are six great grandchildren.

Mrs. Bunting was a devoted wife, mother, grandmother, great grandmother and homemaker. She has been a member of the Holly Chapter Order of Eastern Star Chapter #48 and a Rainbow Girls Mother Advisor. She enjoyed cooking, gardening and her flowers. She was a member of the Buckingham Presbyterian Church in Berlin.
Cremation followed her death, A private service will be held at a later date. In lieu of flowers donations may be made to the Buckingham Presbyterian Church, 20 South Main Street, Berlin, Md. 21811. Arrangements are in the care of The Burbage Funeral Home in Berlin. Letters of condolences may be sent to the family via www.burbagefuneralhome.com.