OCEAN CITY — At its May 6, Ocean City Development Corporation announced membership to the OCDC Board of Directors.

Long time OCDC Board member Reid Tingle (Bank of Ocean City) will be stepping off the board as well as current OCDC Board President, Blaine Smith. Both of these board members will be greatly missed and made a significant impact on OCDC’s downtown revitalization efforts. 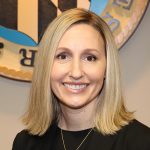 “Jessica’s attention to detail, professional demeanor, and customer-friendly attitude has served the citizens and taxpayers of Worcester County well over the last six years” Finance Officer Phil Thompson said. “The Treasurer’s Office is looking forward to continuing that trend while expanding her role in the county’s financial management and reporting.”

Wilson brings 14 years of accounting experience to this position. Prior to joining Worcester County Government (WCG), she was an auditor for E. Cohen and Company, CPAs in Rockville and Ernst & Young LLP in Baltimore.

“I would like to thank the County Commissioners for the opportunity to serve as the new assistant finance officer,” Wilson said. “I look forward to gaining additional governmental accounting experience in my new role.”

SALISBURY — Tonney Insley, advisor with SVN Miller Commercial Real Estate has participated in 10 transactions, in the past 28 months in downtown Salisbury. These sales total almost 100,000 square feet and over $4 million in value.

Some of these 10 deals have spurred major change towards the progressive image Salisbury is pursuing and Insley brokered each of them. The most notable would be 119, 132 and 144 E. Main Street, which is the expected site of “The Ross,” potentially Salisbury’s tallest building. Insley represented the sellers of these properties, The Salisbury Area Chamber of Commerce and George White.

212 E. Main is another example of private investment in a historic downtown property. Purchased by Green Street Housing, LLC and renovated to modernize and extend the life of the historic building, Insley represented both the sellers and the buyers. Green Street Housing also installed a 56kW rooftop solar array to offset 70% of the energy consumed by the 18,000-square-foot building.