OCEAN CITY — In a community still coming to grips with the loss of one it its young pillars, an effort is underway to pursue legislation in his honor that might save lives in the future and provide some solace to those continuing to mourn.

Late last month, local resident Chris Trimper suffered an extreme allergic reaction during a reception following a golf tournament fundraiser at the Poseidon restaurant at the Ocean Downs Casino and did not survive. Trimper was administered an epinephrine auto-injector, or epi-pen, at the scene when paramedics arrived, but had suffered extreme seizures from the reaction.

Last weekend, hundreds turned out for the memorial service for Trimper at the Performing Arts Center in the Roland E. Powell Convention Center to remember the affable 42-year-old husband and father of three young children.

Such tragedies are often followed by what-ifs as mourners try to come to grips with a loss. Near the close of Monday’s Mayor and Council meeting, Council Secretary Mary Knight broached the subject and questioned if the outcome could have been different if the restaurant stored and maintained epi-pens and had staff on hand trained in their usage.

Knight’s comments were not meant as an indictment of any shortcomings of the facility or of the first-responders to the scene. She was merely pointing out there is currently no law in Maryland allowing private entities such as restaurants, for example, to store epi-pens and have staff trained in their usage on hand. 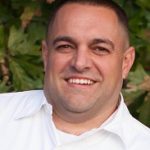 Sadly, it will never be known if that could have made a difference for Trimper, but Knight said a change in the state law regarding epi-pens might be an endeavor worth pursuing in his memory.

“An extreme tragedy happened to Ocean City and this whole area and to a very strong family,” she said. “Why was there not an epi-pen at the location where this happened?”

Knight said she began looking into the current law in Maryland regarding epi-pen and was somewhat surprised it was one of a handful of states that did not allow authorized entities to maintain epi-pens and have staff trained in their usage.

“After some research, I discovered through the Allergy and Asthma Network that Maryland is one of 14 states that do not allow private entities to administer epi-pens,” she said. “There is a real movement for these 14 states including Maryland to get a law passed.”

To that end, Knight urged the Mayor and Council to launch an effort to have the law changed in Maryland.

“I’m requesting tonight that the Mayor and Council send a letter to our state senator and our delegate asking them to start to get this law enacted,” she said. “Mr. Trimper was a man who was very involved in many organizations. He was also the kind of guy who did random acts of kindness. I don’t want his legacy to stop. I think if we tried to get this legislation enacted, maybe it could be called Chris’s Law so his legacy will continue and his family could possibly someday find some solace that this tragedy hopefully resulted in saving other people’s lives.”

For his part, Mayor Rick Meehan agreed with Knight’s sentiments.

“We are all touched by what Mary brought up,” he said. “This was a true tragedy in Ocean City to lose a young man like Chris Trimper so young at just 42 years old. For those of us who knew Chris, he was a great guy and a very giving person. It’s a great family and such a tremendous loss for our entire community.”

Meehan said he would support pursuing a change in state law and that he would gladly send a letter to the community’s representatives in Annapolis.

“I think taking on that endeavor and remembering Chris is a terrific recommendation,” he said. “We will pursue that. We will do whatever we can to help the family and perhaps help others by attempting to advance this legislation. In the meantime, we keep the family in our thoughts and prayers.”

State Senator Mary Beth Carozza (R-38), who represents Ocean City and Worcester County, said she has begun the process to explore potential legislation which, if approved, would add Maryland to the lists of states that currently allow certain private entities to store and utilize EpiPens for emergency situations. Carozza said she is researching current Maryland law and exploring what might be needed legislatively to make it happen.

Carozza also said it would likely take a legislative remedy along with an outreach and awareness component. Regardless of the approach, there is certainly a will to address the issue.

“I have an absolute interest in making EpiPens available in certain entities in the private sector and I’m currently conducting research and gathering information,” she said. “The initial plan is to pursue some form of legislation, and I’m gathering information and consulting with my colleagues in committee to determine what that might look like.”

Some cursory research confirmed Maryland is one of just 14 states that currently don’t allow private entities to obtain, store and utilize epi-pens during emergency situations. In fact, few in the mid-Atlantic region do. For example, Delaware and Virginia do not have laws allowing private entities to administer epi-pens. However, Washington, D.C. does allow it with legislation passed just about this time last year.

The District of Columbia legislation could provide a template of sorts for future legislation in Maryland. D.C.’s law “allows healthcare professionals to prescribe and pharmacists to dispense and distribute epinephrine auto-injectors to authorized entities, to authorize employees or agents of an authorized entity who has completed a training program to provide or administer an epinephrine auto-injector,

In the D.C. legislation, an “authorized entity” is defined as any entity or organization other than a public school, including recreational camps, colleges, universities, daycare facilities, youth sports leagues, restaurants, places of employment and sports arenas.