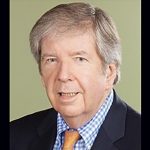 Born in Salisbury, Maryland, June 25, 1945, he was the son of the late Guy Robins Ayres, Jr. and Marjolane Reilly Ayres Hopkins. He is survived by his beloved wife of 50 years, Kay Watson Ayres; his daughter, Courtney Ayres Seward (husband John and daughter Katherine) of Portland, Ore.; his son Chip Ayres of Ocean City; and son Chase Ayres (husband Jeremiah Berger) of Brooklyn, N.Y. He is also survived by his sister, Melanie Ayres Merryweather (husband Tom and daughter Lanie M. Wooten) of Cambridge.

Mr. Ayres graduated in 1967 from University of Maryland with a Bachelor of Science Degree and continued his education at the University of Baltimore graduating in 1970 with a Doctor of Jurisprudence. He was admitted to the bar in 1971, Maryland and U.S. District Court, District of Maryland, 1974, U.S. Supreme Court, 1984, U.S. Court of Appeals, Fourth Circuit; elected Fellow of American College of Trial Lawyers, 2009; Bar Register of Preeminent Lawyers; AV rated in the Martindale-Hubbell Law Directory; and Marquis, Who’s Who.

Mr. Ayres was a dedicated and passionate public servant who was appointed City Solicitor for Ocean City in 1982 until the time of his death. In 1983, he was appointed to the Governor’s Task Force on Time Sharing. He served as an Ocean City Councilman from 1978 until 1982. He was also a member of Worcester County Bar Association (Treasurer, 1976: Secretary, 1977: Vice President, 1978; President 1979), Maryland State and American Bar Associations; National Institute of Municipal Law Officers: Maryland Municipal Attorney’s Association (Treasurer, 1984-1986; Secretary, 1986-1987; Vice President, 1987-1988; President, 1988-1989).

A memorial service was held on Thursday, Sept. 5, 2019 at The Ocean City Performing Arts Center, located at the Roland E. Powell Convention Center. The Rev. Matthew D’Amario officiated. Donations may be made to Atlantic General Hospital, 9733 Healthway Drive, Berlin, Md., 21811 or Ocean City Paramedic Foundation, P.O. Box 3099, Ocean City, Md. 21842. Letters of condolence may be sent to the family at www.burbagefuneralhome.com. Arrangements are in the care of the Burbage Funeral Home in Berlin.

SELBYVILLE — Don Conaway, age 79, of Selbyville, passed away peacefully on Monday, Aug. 26, 2019 at Peninsula Regional Medical Center in Salisbury. He was surrounded by his family and friends.

He was born in Harrington, Del. and was the son of the late Alfred and Katherine (Godwin) Conaway.

A memorial service will be held at 11 a.m. on Thursday, Sept. 12 at Bishop-Hastings Funeral home in Selbyville, Del. Condolences may be sent by visiting www.bishophastingsfh.com.

OCEAN CITY — Robert H. “Bob” Landefeld, Jr., age 77, of Ocean City, formerly of Timonium and Cockeysville, passed away on Friday, Aug. 30, 2019 at Atlantic General Hospital in Berlin with his loving wife by his side. 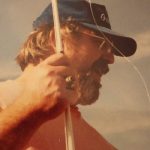 Bob was born in Baltimore on May 19, 1942 son of the late Robert H. and Margaret Landefeld. He proudly served his country in the United States Coast Guard. Bob also was a graduate of Towson University. He retired as engineer with Lucent Technologies in 2001 with over 30 years of service.

Bob was a member of the Elks Lodge #2645 in Ocean City and also the American Legion Post #116 in Ocean City. He was a true history buff and enjoyed traveling and visiting historical battlefields. Bob also enjoyed his retirement by spending time with family and friends. He loved being near the water. Bob loved to read and always had a book in his hand. He also enjoyed taking fishing trips and watching sports, with football, baseball, soccer and lacrosse being his favorites. Bob will be remembered for his warm and caring personality along with his knowledge on almost any imaginable subject.

BISHOPVILLE — Carole Lynne Algeo, age 59, of Bishopville, passed away unexpectedly on Monday, Aug. 26, 2019 at her home. 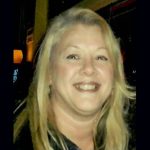 She is survived by her husband, Royal Dee, and her son Brandon Algeo of Poulsbo Wash., his wife Stephanie and grandson Sebastion.

Carole worked for many years in dental offices. She loved spending time at home with her husband and their cats and dog. She also enjoyed taking a book to the beach to read and relax. Carole was the type of person who would help anyone who asked her. She would drive people to their appointments and bring others food or whatever they needed. She was someone who would give you the shirt off of her back.

Arrangements are private and have been entrusted to the Burbage Funeral Home. Condolences may be made via www.burbagefuneralhome.com

BERLIN — Sheila Cathell, a radiant beauty, passed from this life to the next on Sept. 3, 2019, at home with her beloved husband, Greg Cathell.

Sheila Kaye was born Jan. 8, 1974. She was raised by her doting parents, Vaughn and Virginia Ball. After the death of Vaughn Ball, she later enjoyed the tender care of her step-father, John Biafore, who also predeceased her. She is survived by her loving mother, Virginia Biafore. 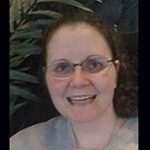 Sheila graduated from Yorktown High School in Arlington, Va. and Ferrum College, Ferrum, Va. with a degree in Social Work.

The center of Sheila’s life was her marriage to her devoted husband, Greg Cathell. Sheila and Greg married on May 12, 2001, the happiest day of her life. From then on, she relied on Greg’s unfailing love and care. She, in turn, always encouraged him in his business and hobbies. Sheila and Greg especially enjoyed the company of many wonderful cats in their home. These cats, too many to name but each a cherished companion, provided Sheila with endless entertainment and comfort.

Sheila is survived by her sisters, Jacqualine Ruckman (Karl), Judy Tucker (Mark), Mary Ball (Tom Meade), Carolyn Ball, Lori Belateche (Irving), Linda Anderson, Tina Best (Dusty) and Terri Ball. Sheila is also survived by her half-brothers, Ricky and Steve Adkisson, and her half-sister, Jamie Stanley. Sheila enjoyed her connection to other half siblings and their families in Illinois. She especially treasured her relationships with her nieces and nephews, many of whom she babysat when they were small.

Sheila possessed the gifts of love and patience in abundance. Her love for her husband and for her large family was boundless. She was so grateful to the Cathell family, especially Greg’s parents, Norman and Faye, for their love and support. Sheila also deeply appreciated the friendship of Kristina Facello, Jeff Facello and Lisa Bostic.

A service celebrating Sheila’s life will be held at The Community Church at Ocean Pines, 11227 Racetrack Road, Berlin, Md. 21811 on Saturday, Sept. 14 at 1:30 p.m. with 1 p.m. visitation. In lieu of flowers, donations may be made to the Worcester County Humane Society, P.O. Box 48, Berlin, Md. 21811. Letters of condolence may be sent via: www.burbagefuneralhome.com. Arrangements in the care of the Burbage Funeral Home in Berlin.

Also known as “Jimmy G” and “Poppy,” Jim valued family and God above all. His sense of humor was legendary. We are grateful for his glowing smile, his unconditional love and support, the many lessons he bestowed upon us and all the jokes and laughter we shared. His kindness, patience, strong work ethic and faith-filled life were examples to all of us. Jimmy leaves a legacy of love and integrity with his family and those who knew him. 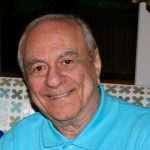 Born May 8, 1934 in Baltimore, Jimmy worked throughout his life at Exxon Mobil and Sea Watch Condominiums. He enjoyed spending time with family and friends, helping others, bowling and playing cards. Jim was a volunteer baseball coach for Dundalk Rec in the 70’s and he was also a member of the Elks Lodge in Ocean City.

Despite medical challenges for over a year, he remained positive and encouraging to others and was so happy to be at home with his loving wife. His spirit lives on in the hearts of those who love him, and we will forever miss him. Gone from our arms, but forever in our hearts.

Donations in Jim’s memory can be made to, Coastal Hospice, https://coastalhospice.org/make-a-donation/; Meals on Wheels, send checks to Meals on Wheels / PO Box 159 / Snow Hill, Md 21863, include a note “in memory of James Geslois”; andSt. Luke Catholic Church, Ocean City.