OCEAN CITY — A Pittsburgh man faces assault charges and a Pasadena, Md. man faces weapons charges after an alleged altercation on the Ocean City Fishing Pier involving a knife and a gun.

Around 11:15 p.m. last Wednesday, an Ocean City Police Department (OCPD) officer was on bicycle patrol in the downtown Boardwalk area when he was dispatched to the Ocean City Fishing Pier for a report of a male suspect, later identified as Shawn Drummond, 41, of Pittsburgh, Pa., pulling a knife and threatening to assault another man, later identified as Kevin Hudler, 30, of Pasadena.

Ocean City Communications provided a description of Drummond including what he was wearing and that he was carrying fishing tackle. OCPD officers located Drummond walking away from the fishing pier on the north side of the Jolly Roger amusement park. According to police reports, Drummond told police he did pull a knife on Hudler in self-defense because Hudler had pulled a gun on him. Drummond then recanted and told police he did not think he even touched his knife. 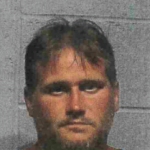 According to police reports, Drummond’s juvenile son told officers Hudler did not pull his gun out of its holster, but rather lifted his shirt to show it to Drummond. The juvenile described the weapon as a tan handgun with a black grip. The juvenile then showed police a picture of Hudler he had taken before leaving the pier and told police Hudler was still on the pier.

OCPD officers located Hudler exiting the pier and told him they needed to speak with him about the alleged incident. According to police reports, Hudler raised his hands in the air and admitted carrying the handgun on his right side under his shirt. OCPD officers removed Hudler’s gun and secured it.

Hudler reportedly told police he was fishing from the pier and caught a small shark. Hudler told police Drummond asked what he was using for bait, to which he simply replied “fish,” according to police reports.

Drummond allegedly took offense to Hudler’s short answer and used a derogatory term about him, according to police reports. A verbal altercation then took place between the two men that escalated when Drummond allegedly grabbed his multi-use tool with the knife already out and rushed toward Hudler, swinging the knife around Hudler’s face and threatening to stab him, according to police reports. 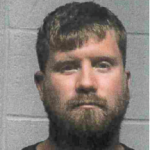 Hudler said at that point, he lifted his shirt to reveal his handgun to Drummond in an attempt to diffuse the situation and Drummond left the area. OCPD officers interviewed two independent witnesses who viewed the altercation and both corroborated Hudler’s version of the events. The only additions, however, were that Drummond had been using the multi-tool knife to cut bait and actually ran over to where he was cutting bait, retrieved the knife and ran back over to where Hudler was standing before swinging it around and threatening to stab Hudler, according to police reports. In addition, both witnesses told police Hudler actually drew the handgun from its holster, but did not point it at Drummond.