OCEAN CITY — Ocean City Police on Monday are still seeking the public’s help in locating a suspect in the stabbing of two individuals during a fight on the Boardwalk early Sunday morning.

Around 1:25 a.m. on Sunday, Ocean City Police Department (OCPD) officers responded to a fight involving multiple people on the Boardwalk at Caroline Street. During the altercation, two individuals were stabbed. One victim, a 15-year-old juvenile, was taken to Peninsula Regional Medical Center, while a second victim was flown to Shock Trauma. Both victims sustained serious injuries, but both were listed in stable condition as of Monday morning. 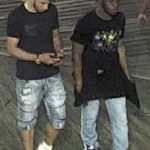 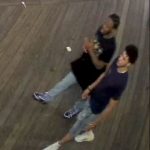 The preliminary investigation revealed the suspect, identified as a light-skinned African-American male, stabbed the two victims. At the time of the incident, the suspect was wearing a dark-colored T-shirt and torn knee-length denim shorts. The suspect and at least one accomplice fled the scene on foot and have not been located by police.

Police reportedly have the identification of the suspect and are currently in the process of trying to apprehend him.

Anyone who witnessed the assault or can verify any information about the identity or whereabouts of the suspect or his accomplices is urged to contact OCPD Detective David Whitmer at dwhitmer@oceancity.gov or 410-520-5390. Anonymous tips can also be left at https://oceancitymd.gov/oc/departments/police/crime-tips/ of by calling (410) 520-5136.