SNOW HILL — A Dagsboro man, arrested last October on heroin distribution charges after Ocean City Police Department (OCPD) officers observed him riding as a passenger in a vehicle, was found guilty last week and was sentenced to 15 years, all but 10 of which were then suspended. 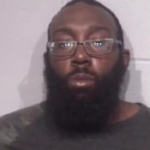 Last October, OCPD officers observed James Tankard, 29, of Dagsboro, riding as a passenger in the area of 142nd Street and knew he was wanted on an active warrant. The vehicle was stopped and Tankard was taken into custody. During a search of Tankard’s person, OCPD officers found 261 wax Baggies containing heroin with a total weight of more than 58 grams.

OCPD officers also recovered $775 in currency. The estimated street value of the heroin found on Tankard’s person was $2,600. Last Thursday, a Worcester County jury found Tankard guilty of possession with intent to distribute heroin. He was sentenced to 15 years with the Department of Corrections with all but 10 years suspended. He was also placed on supervised probation for three years upon his release.