BERLIN — A Berlin man is being held without bond this week for allegedly supplying the heroin that resulted in the fatal overdose of another local man last week. 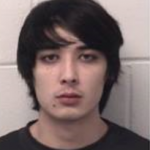 On Jan. 8, members of the Worcester County Sheriff’s Office Criminal Enforcement Team responded to a residence in Berlin in reference to an apparent fatal drug overdose of a 20-year-old male. During the course of the investigation, detectives were able to identify Eric R. Bouaphakeo, 21, of Berlin, as the victim’s alleged supplier using various investigative techniques.

As a result of the investigation, Bouaphakeo was located last Friday and was taken into custody. He has been charged with possession of heroin and possession with intent to distribute heroin. Bouaphakeo was taken before a District Court Commissioner and was ordered to be held initially without bond. Following a bail review hearing on Monday, he was again ordered to be held without bond. A preliminary hearing has been set for February 12.

In a release, the Worcester County Sheriff’s Office repeated it is committed to holding those responsible for distributing controlled dangerous substances in the community. The Worcester County Sheriff’s Office is also reminding residents and visitors that under the Good Samaritan law, individuals that call 911 during an overdose crisis can be immune from prosecution for possession of a controlled dangerous substance, possession of drug paraphernalia or providing alcohol to minors.