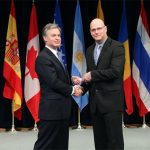 OCEAN CITY — A Berlin man was arrested on drug charges last week after getting pulled over for driving erratically on the Route 90 bridge.

Last Tuesday, an Ocean City Police Department (OCPD) officer was on patrol in the area of 62nd Street when he observed a vehicle fail to stay in the left-hand turn lane approaching Route 90. According to police reports, the officer observed the driver, later identified as Jermaine Manuel, 40, of Berlin, quickly change lanes in an unsafe manner in an attempt to turn onto westbound Route 90 in fairly heavy traffic for a December morning.

As the officer pulled around behind Manuel, he noted in the report Manuel continually looking backward to watch the officer’s movements. According to police reports, other traffic in the area accelerated to get around Manuel, who was driving erratically while turning onto westbound Route 90.

Once Manuel was on Route 90, he began tailgating the vehicle in front of him by less than a car length. Other vehicles in the Route 90 areas had to brake to avoid hitting Manuel’s vehicle. The OCPD officer ultimately stopped Manuel’s vehicle on Route 90 near St. Martin’s Neck Road. The officer approached the vehicle from the passenger side and met the female passenger who was shaking and tightly clutching her purse, according to police reports.

The officer asked Manuel for his driver’s license, but was told Manuel did not have one. When asked why he was driving without a license, Manuel told police it was because he had to get to court in Snow Hill. Based on the evidence, the initial officer requested a K-9 unit. After Manuel and his passenger were out of the vehicle, the K-9 alerted positively to the presence of narcotics in the vehicle.

OCEAN CITY — A Berlin man was arrested last week after allegedly being found with drugs while getting pulled over for not having a light on his bike at night.

Around 1:30 a.m. last Monday, an Ocean City Police Department (OCPD) officer was on patrol in the area of 28th Street when he observed two individuals riding bicycles heading west on Robin Drive. The officer observed neither of the bicycles had illuminated front lamps in unfavorable lighting conditions, according to police reports.

The officer pulled over the bicyclists in the area of Tern Drive in order to issue them warnings for violating the town ordinance requiring lights on bikes. Over the last year or so, the town has initiated a program in which they install lights on bikes free of charge when a bicycle is found riding at night.

The OCPD officer issued warning to the two bicyclists after obtaining their identification information and they were told they were free to leave. However, as one suspect identified as Anthony Hayward, 37, of Berlin, was preparing to leave, the OCPD officer asked if he had any drugs or weapons on his person.

According to police reports, the officer asked Hayward if he could search him and Hayward raised his arms and consented. Hayward at the time was wearing a black winter hat with the bottom folded up to form a crease. While searching the crease of the hat, the OCPD officer reportedly located the short portion of a clear plastic straw and a twisted plastic bag.

The officer noted in the report the straw was fashioned to create a scoop of sorts, which the officer knew from experience was used as a sniffing device. The officer also examined the plastic bag and determined it contained suspect cocaine.

Hayward was taken into custody at that point under suspicion of possession of cocaine and paraphernalia. According to police reports, Hayward denied ownership of the hat and told police he had picked it up at a bar.

DeGiovanni was among 249 law enforcement officers from all 50 states, 23 international countries, five military organizations, and seven federal civilian organizations. The academy began in October and consisted of eleven weeks of training focused on topics such as criminal law, behavioral science, leadership development, police communication, understanding terrorism and terrorist mindsets, and health and fitness. As an FBI National Academy graduate, DeGiovanni enters into a select group made up of less than one percent of the country’s law enforcement officers.

“We are very proud of Lt. DeGiovanni for this accomplishment,” said OCPD Chief Ross Buzzuro. “After enduring the arduous 10-week course, he is even more prepared to help us move the Ocean City Police Department forward. I look forward to Lt. DeGiovanni’s continued contributions to our department and our community.”

Prior to joining the Ocean City Police Department, Lt. DeGiovanni served with the United States Army from 1986 to 1989 then with the Army Reserves from 1990 to 2000. He earned a Bachelor’s degree in Justice Studies from Frostburg State University and graduated from the Eastern Shore Criminal Justice Academy in 1997 before joining the Cumberland Police Department in 1997.

He joined the Ocean City Police Department in 2000 and earned his way through the ranks to Lieutenant in April 2018. He serves the department as a firearms, defensive tactics, and active shooter instructor. He is currently assigned to the Patrol Division as the Evening Shift Watch Commander.