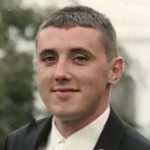 Born on Dec. 13, 1979 in Baltimore, he was the son of his loving parents, Jack Michael Wyper Sr. (Ocean City) and the late Cheryl (Mennerick) Wyper.

Surviving in addition to his father is his wife of eight years, Kaitlyn (Kelly) Wyper; his aunts, Patricia (Mennerick) Powell, Margie (Mennerick) Huff, Carol Mennerick, and Denise Samuelson; and several cousins and in-laws.

Mike attended Catonsville High School in Catonsville, Md. He was an avid Ravens fan and after living in Collegeville, Pa. for 11 years he did become a converted Phillies fan. Mike loved the Ocean City beaches and also lived there for over 10 years of this life. Over the years, you could find Mike on a dance floor, softball field, soccer field, on a beach, buying lottery tickets, watching Sportscenter or reading a newspaper. Mike loved to learn new things and loved meeting new people.

A Celebration of Life for Michael will be held in Ocean City at a later date. 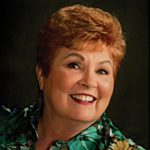 Born in Pittsburgh, Pa., she was the daughter of the late Henry E. and Helen Burkhart Schmidt. She is survived by her beloved husband of 37 years, Edward F. Benz, and children, Dean Marra of Morgantown, W.Va., Michelle Marra Everett and her husband Daniel of Frederick, Md., Edward F. Benz, Jr. and his wife Jill of Pittsburgh, Pa., and Lori Benz Virnig and her husband Tedd of Tucson, Ariz. Preceding her in death was a brother, Edward Schmidt.

Mrs. Benz had worked in human resources for a pharmaceutical company for many years. She was a member of St. John Neumann Catholic Church, the Republican Women’s Club and a volunteer at St. John Neumann. She enjoyed playing cards.

A mass of Christian Burial will be held on Thursday, July 19 at 11 a.m. at St John Neumann Catholic Church near Ocean Pines. Friends may call one hour prior to the service. Rev. John Lunness and Rev. John Klevence will officiate. Interment will be private for the family.

A donation in her memory may be made to the American Cancer Society, 1315 Mt. Hermon Rd., Salisbury, Md. 21904. Letters of condolence may be sent via www.burbagefuneralhome.com. Arrangements are in the care of the Burbage Funeral Home in Berlin.

BERLIN — Ruth Mumford Fox, 93, a long-time resident of the Berlin area, passed away peacefully on June 25, 2018, at Atlantic General Hospital.

Born on Sept. 22, 1924, in Newark, she was the daughter of Harvey Mumford and Edna L. Taylor Mumford. In addition to her parents, Ruth was preceded in death by her brother, Eldred H. Mumford, (Viola); sister, Jane M. Holtz, (Richard); nephew, David Mumford; and niece, Ruth Sharon Mumford Simpson.

Ruth was a graduate of Buckingham High School and received secretarial training at Goldey Beacom Business College in Wilmington, Del. After graduation, she married and resided in Wilmington and Glen Mills, Pa. She worked for Delaware Power and Light and later as a dental assistant. After relocating to Berlin, she worked for the Worcester County Sheriff’s Department in Snow Hill. Her marriage to Robert Fox ended in divorce.

In 1986, as a devout believer and follower of Jesus Christ, Ruth wrote and with the help of friends, published (2012) a book, “The Bible, in Story, From the Beginning.” She dedicated her book of biblical stories and teachings for children to the Glory of God. In addition to her writing, Ruth enjoyed painting landscapes, creating jewelry, music and spending time with her family and friends.

For many years, Ruth attended and sang in the choir at Stevenson Methodist Church in Berlin and was an active member of the Lighthouse Church on Sinepuxent Road. She will be remembered for her keen mind and spirit and the deep affection she held for her dear friends at church and in her community.

A memorial service will be held at a later date. Donations in Ruth’s memory may be made to Lighthouse Church, 11742 Sinepuxent Road, Berlin, Md. 21811.