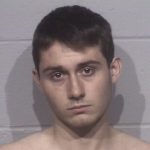 Last Friday, OCPD officers on bicycle patrol in the area of North Division Street were approached by three teenaged males in a vehicle inquiring about where to park. The three teens had just arrived in Ocean City via Route 50 before encountering police. OCPD officers immediately recognized the strong odor of marijuana emanating from the vehicle and noticed trace amounts of marijuana scattered throughout it. OCPD officers ordered each of the occupants to exit the vehicle. During the subsequent search, officers located roughly a half a pound of marijuana along with prescription drugs, methamphetamine, brass knuckles, an assisted opening knife and several items of drug paraphernalia. 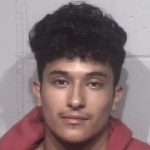 In addition, OCPD officers located a full face mask in the vehicle along with a .25 caliber handgun. Each of the three suspects, including Gavin Kaiser, 16; Emmanuelle Ruiz, 18, and a 17-year-old juvenile, all from Arlington, Va. Kaiser has been charged as an adult with several counts of drug and weapons charges. He was transferred to the Worcester County Jail and was later released on Sunday after posting a $10,000 bond.

Ruiz has been charged with possession of an assisted opening knife and brass knuckles and was released on personal recognizance. The 17-year-old suspect was referred to the Department of Social Services.