Tucker graduated in 1958 from Stephen Decatur High School. He joined the U.S. Coast Guard and was stationed in Elizabeth City, NC. Tucker was a hard worker and had success in all he did including: farming (raising quail, chickens and crops) builder/contractor, waterman and restaurant owner (the original Crab Alley). His passions were duck hunting, fishing, crabbing, gardening and coaching Little League baseball and softball.

A private celebration of Tucker’s life will be held at a later date. In lieu of flowers, donations may be made to: Coastal Hospice, P.O. Box 1733, Salisbury, Md. 21811. 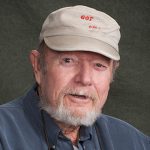 Jack was raised in Cinnaminson N.J., attended Rutgers University and moved to Ocean City in 1962. Jack worked as a charter boat captain and steamfitter. He went on to become an orthotist and founded Foot Management in 1978. Jack was a former member of the Ocean City Volunteer Fire Company, past secretary of the Ocean City Marlin Club and honorary member of the Professional Football Athletic Trainers Society. Jack received many service and loyalty awards through his business. He served on President Bush’s A.D.A. panel in 1989. Jack was an avid fisherman, outdoorsman and waterfowl hunter. A warm and generous soul, Jack loved life and loved people, always making friends.

He cherished his family and is survived by his wife of 27 years, Lucy Mohr; sons Erick and Steve (Diane) Kaeufer; grandchildren Kirby and Kiley Kaeufer, sister Janet Anderson of Mt. Laurel, N.J.; a special niece Diane Trump; and many nephews.

A celebration of life will be held at 11 a.m. on Saturday, May 12 at Ocean City Marlin Club in West Ocean City. Friends may call at 10 a.m.

SNOW HILL — Phyllis Ann Cherrix died on Friday, May 4, 2018 at her Snow Hill home after a long illness.

She was attended by her loving family and caregivers whom she loved like family. She was born on April 28, 1947 to Leroy and Ethel Godfrey Cherrix, now deceased. She is predeceased by a cousin, Lester D. Shockley, who managed her business affairs for many years and also two longtime caregivers, Ms. Harriet Fisher and Ms. Lynette Tindley. She is survived by numerous cousins and great cousins who enjoyed including her in their vacations and holiday plans.

In an era when Down Syndrome infants had a life expectancy of approximately 14 years, Phyllis defied statistics and recently celebrated her 71st birthday. She was one of the original students attending the Worcester County Developmental Center in Newark, which her mother helped to found in 1972. She attended the center five days a week until her retirement in 2016. She remained in her own home all her life and, after the death of her parents, was lovingly cared for by employees of the WCDC. The family wishes to thank Jack Ferry, WCDC director, and the many people through the years — nurses, residential and day staff — who helped Phyllis live a long, healthy and productive life.

Phyllis was a member of Bates Memorial United Methodist Church in Snow Hill. She had a lifelong love of horses beginning with her life on the horse farm located between Newark and Snow Hill. She was known for her manners, her occasional strong will and her sweet disposition.

During her final months of life, Phyllis was under the care of Coastal Hospice. The family wishes to express their gratitude for the loving care of all the hospice employees who interacted with her and a very special thanks to Geordie, who was with her to the end, anticipating Phyllis’s needs even when she could not verbalize them. 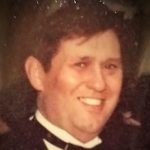 Known as “Charlie” or “Chuck” to many of his friends, Charles was born on April 24, 1937 in Fort Wayne, Ind. and is the oldest child of Melvin and Virginia Laemmle Dick.

Charles was the first person in his family to attend college, earning a Bachelor’s of Science degree in Physics

More importantly, he met his future wife Vivian who was attending nearby St. Francis College (now known as the University of St. Francis) at a college “mixer” social event. Upon graduation, Charles accepted a fellowship to continue his studies at the University of Notre Dame, earning a PhD in Physics in 1962.

Dr. Dick accepted a job with the federal government at the National Bureau of Standards (NBS), which is now known as the National Institute of Standards and Technology (NIST), moving to Washington, DC in October 1962.

Dr. Dick worked for NBS/NIST for more than 35 years as an experimental physicist in the X-Ray Physics Group of the Ionizing Radiation Division of the Center for Radiation Research. He was in charge of several electron accelerators along with several industrial type X-ray machines. He supervised the design and construction of the Medical and Industrial Radiation Facility (MIRF) which is used, among other things, for the development and testing of instruments and dosimetry systems used in the clinical facilities for cancer radiation treatments.

Dr. Dick was the author of over 60 scientific articles and book contributions and he was one of the inventors of a Method of Producing an Intense High Purity K X-ray Beam (US Patent #3752989). He belonged to the Society of the Sigma Xi, American Physical Society, and American Association for the Advancement of Science.

football, baseball, basketball, soccer and track at the Olney Boys Club, Manor Boys Baseball League and St. Patrick’s CYO. He was also a golf enthusiast and member of the Brook Manor Country Club in Olney for many years.

Charles was a member of Saint John Neumann Catholic Church at the time of his passing. As a parishioner at St. John Neumann, he was a long-time usher, serving at the Saturday evening Mass for many years.

Charles is survived by his son and his wife, Timothy M. Dick (Teresa LeMay Dick); his daughter, Victoria M. Brockdorff; his grandchildren Shelby Brockdorff, Ryan Brockdorff and Charles D. Dick; and his sisters, Sharon Smith, Marcia Malles, and Mary Bolin (Willie). He was preceded in death by his brother, Richard Dick, and his brothers in law, Gene Smith and Larry Malles.

A visitation will be held on Friday, May 11, 2018 at Burbage Funeral Home from 4-6 p.m. A funeral mass will be held on Saturday, May 12 at 11 a.m. at St. John Neumann Catholic Church. Friends and family may visit one hour prior to service. Interment will follow at Garden of the Pines Cemetery. Arrangements are in the care of the Burbage Funeral Home.

She was born on Dec. 21, 1929 in Baltimore to the late Edwin M. Klitch, Sr. and Rose Elizabeth (nee Harrison) Klitch. Rosemary Miller was married to the late James A. Miller, Jr. who passed away in 2001. 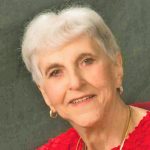 Mrs. Miller was in the class of 1947 at Seton High School and went to the Catholic University of America in Washington, DC. She obtained a Bachelor of Science in Nursing in 1951, with her post graduate studies in nurse anesthesia at St. Francis Hospital in Peoria, Ill. She was a CRNA (Certified Registered Nurse Anesthetist) for 40 years at Union Memorial and Childrens Hospital on Greenspring Avenue. She had retired in 1996 and moved to Ocean Pines and worked at the Southern Exposure Clothing Store in Fenwick, Del. for 12 years.

She is survived by her son, Sean C. Miller of Reisterstown; sister in law, Marilyn C. Miller of Maplewood; and nephew, Edwin Klitch of Hagerstown, Md.

Mrs. Miller was predeceased by her husband, James A. Miller, Jr., and son, Keith James Miller, who passed away in 1986.

Mrs. Miller has donated her body to the Maryland State Anatomy Board.

A memorial Mass will be held on Saturday, May 12, at 10 a.m. at the Sacred Heart Church, Glyndon (Little Church), 65 Sacred Heart Lane, Reisterstown, Md. 21136. Donations in her memory may be sent to Gilchrist Hospice Care, 11311 McCormick Road, Suite 350, Hunt Valley, Md. 21031.  Online condolences may be sent to www.ElineFuneralHome.com 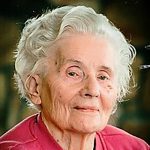 Born in Hopewell, Va., she was the daughter of the late Walter Haygood Hayes, Sr. and Madelien L. Miller Hayes. She was preceded in death by her husband, Gilbert William Thompson, Sr., in 2009. She is survived by her son, Gilbert William Thompson, Jr., and Kay Hurst of Berlin. There are two grandchildren, Gilbert W. Thompson, III and his wife Tracey of Berlin and Leslie Ann Baker of Berlin. There are five grandchildren, Gilbert W. Thompson, IV, Brittany Ann Thompson, Beverley Lynn Thompson, Colby Heath Baker and Aubrie Hope Baker. Also surviving are two sisters, Gloria Ann VanPortFliet of Grand Rapids, Mich. and Frances Grace Thomas of Ogdensburg, N.Y.

Mrs. Thompson was a devoted wife, mother, grandmother and great-grandmother. She was a member of Friendship United Methodist Church in Berlin, and Holly Chapter Order of the Eastern Star.

A graveside service will be held on Friday, May 11, 2018 at 11 a.m. at Evergreen Cemetery in Berlin. Mr. Buzz Taylor and Rev. Ron Schatz will officiate. A donation in her memory may be made to: Friendship United Methodist Church, 10537 Friendship Rd. Berlin, Md. 21811. Letters of condolence may be sent via: www.burbagefuneralhome.com. Arrangements are in the care of the Burbage Funeral Home in Berlin.