“It’s good to see that January’s frigid temperatures and wintry conditions didn’t impact the market too much,” said CAR President Joel Maher. “We’re definitely seeing more of a demand on the Lower Eastern Shore. Hopefully our inventory numbers will begin to pick up again so local buyers are able to find the home that meets their wants and needs.”

LEWES — Mark Woodruff, president and CEO of Atlantic Millwork & Cabinetry, and Richard Reed, co-owner, recently named M.L. Jenkins as general manager for the company, which sells and installs building supplies on Delmarva. The company has been in business for more than 25 years with a showroom and warehouse in Lewes, across from Nassau Valley Vineyards, between Routes 9 and 1. 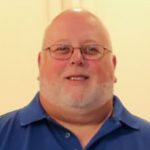 “M.L., head of our kitchen department, has been with us for 15 years and has been promoted to general manager,” said Woodruff. “We were looking to promote from within the company. M.L. was an easy choice, his tenure here has allowed him to develop relationships with all of our employees and many of our customers. He knows our culture and has been a part of creating it.  He is dedicated, hardworking, knowledgeable, and has the personable characteristics we were looking for.  He is well respected by our employees and our customers.  He has been a leader here for a while we just gave him the title to go with it.”

In his new role, Jenkins will oversee the general process of the company day in and day out including, customer service issues, hiring and firing, quality control, product management, and more.

“Atlantic Millwork & Cabinetry’s ideals, values, and work culture are among the many attractive reasons to work for this company,” said Jenkins. “I am looking forward to implementing process and training that will help our staff become experts in their fields and give them the tools they need to increase sales with great customer service.”

Developed by industry expert Brian Buffini and top producer Joe Niego, this 12-week course is specifically designed to help real estate professionals develop the habits, attitude and skills they need to serve buyers and sellers at a deeper level and build a fundamentally sound business by successfully executing the roles of CEO, COO and CFO of their own businesses.

Facilitated by Sales Manager Jay Wise, Peak Producers training is delivered through a series of DVD’s featuring Buffini, who teaches participants the principles, strategies and how-to’s they need to succeed in any market.  In addition to the video content, classroom time is devoted to group discussion of best ideas, synergy sessions, practicing crucial sales skills and receiving encouragement and accountability.