SELBYVILLE — Delaware State Police, in cooperation with federal Homeland Security officials and the Ocean City Police Department, last week concluded an eight-month investigation into a human trafficking ring in neighboring Sussex County with the arrests of two local men considered the ringleaders in the operation.

Beginning last December, investigators obtained information a suspect identified as Rashawn B. Davis, 24, of Millsboro, was running a prostitution ring out of numerous hotels in eastern Sussex County. DSP troopers then launched an investigation into the illegal activities and known associates of Davis. 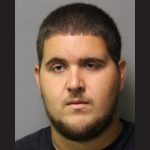 In April, Delaware State Police and Homeland Security Investigations, with the help of the Ocean City police, led an investigation into Davis’ activities and learned he had recruited another man, identified as George Dunn, 24, of Georgetown, and showed him how to operate a separate prostitution ring. Over the course of the investigation, detectives were able to identify eight females who were current or former victims of Davis and Dunn.

The investigation also revealed Davis and Dunn were business associates who operated both jointly and independently. Through interviews, detectives learned Davis had been operating prostitution rings out of local motels since last fall. Davis and Dunn reportedly used coercion, verbal abuse and the withholding of heroin to control the behavior of the victims.

Davis and Dunn allegedly posted advertisements on the website www.backpage.com and negotiated with potential clients and set all prices. 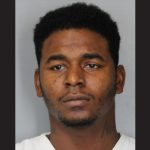 All of the proceeds from the prostitution operations went back to Davis and Dunn. According to arrest reports, the female victims involved were only provided with minimal amounts of heroin and basic items like fast food and clothing. In addition, as a result of the investigation, Davis was also charged with an unrelated home invasion in Rehoboth in January.

Dunn has been charged with three counts of human trafficking-sexual servitude and one count of second-degree conspiracy.

Davis has been charged with two counts of human trafficking-sexual servitude, two counts of conspiracy, first-degree robbery, home invasion and wearing a disguise in the commission of a felony.