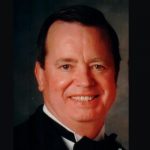 Born in Baltimore, he was the son of the late William Alfred and Nellie Adreon Allewalt. He is survived by his beloved wife of 50 years, Elva A. Allewalt, and daughter Debra L. McDowell and her husband Drew, and granddaughter Megan all of Jupiter, Fla. Also surviving is a brother, Charles Allewalt, of Baltimore. Preceding him in death was his son, Michael J. Allewalt, and his brothers, Richard and Robert Allewalt.

Letters of condolence may be sent via: www.burbagefuneralhome.com 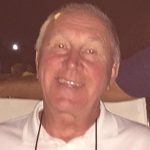 He was the beloved husband of Pamela “Pam” Mioduszewski (nee McCadams); devoted father of Kimberly Jones and her late husband John, and Karen Wells and her husband Robert; dedicated grandad of Nathen Jones, Reagan Wells and Samuel Wells; dear brother of David Mioduszewski and John Mioduszewski; and loving son-in-law of Dorothy McCadams.

Those who wish may make memorial contributions to the Leukemia & Lymphoma Society, Donor Services, PO Box 4072 Pittsfield, Mass. 01202. Online tributes may be left at www.schimunekfuneralhomes.com.

Funeral services are private. Interment will be in Beth El Memorial Park in Randallstown.

Please omit flowers. Contributions in his memory may be sent to the charity of your choice.

SELBYVILLE — John Elliott Dux, age 63, of Selbyville, Del., formerly of Towson, passed away Sunday, June 26, 2016 at Coastal Hospice at the Lake in Salisbury.

John was born in Baltimore son of the late Jack and Virginia (Hellmann) Dux. He was the former owner of The Music Emporium and The Quail Restaurant in Fenwick Island.

He is survived by his brother, William Dux; two nieces, Bonnie Hines and Kathryn Chipman; and his nephew, Michael Spera.

Online condolences may be sent by visiting www.melsonfuneralservices.com.