OCEAN CITY — A Baltimore man was arrested on hit-and-run and other charges last weekend after allegedly striking another vehicle on Coastal Highway at 30th Street before leaving the scene.

Around 9:50 a.m. last Saturday, an Ocean City police officer responded to the area of Coastal Highway and 30th Street in reference to a hit-and-run collision that had just occurred. Upon arrival, the officer observed a disabled Ford Focus resting diagonally between the middle lane and the left turn lane of the highway. The officer observed damage to the right rear portion of the Ford along with a flat tire on the rear driver’s side.

The officer met with the three occupants of the Ford, none of whom were injured. The occupants told police they were merging into the left turn lane when they were struck from behind by a dark green Porsche. The occupants described the driver as white male with short, brown hair and a light beard. They told police the Porsche continued north on Coastal Highway without stopping or providing any information.

The officer also noticed a large amount of fluid that appeared to be coming from the fleeing Porsche. There were tire tracks in the fluid going around the Ford then continuing northbound on Coastal Highway. The officer also observed a Maryland license plate in the roadway that the occupants of the Ford believed belonged to the Porsche. Ocean City Communications confirmed the plate belonged to a 1999 Porsche.

A description of the Porsche and the driver was broadcast and another OCPD officer located the Porsche in the parking garage of the Hilton on 32nd Street, around two blocks from the crash scene. The vehicle had significant front-end damage consistent with the damage of the Ford at the crash scene.

A short time later, yet another OCPD officer observed a suspect matching the description of the hit-and-run driver walking south between 32nd and 31st Street. When the officer spun around, the suspect, later identified as Brian Shaffer, 35, of Baltimore, began walking west on 31st Street in an apparent attempt to avoid the officer. The officer pulled alongside Shaffer and radioed to fellow officers he believed he had found the driver. Hearing this, Shaffer reportedly threw his hands in the air and admitted he was the driver.

While speaking with the officer, Shaffer allegedly apologized and informed the officer he was nervous because he did not have a license and the Porsche belonged to his friend, which is why he left the scene after the collision. The officer later confirmed Shaffer’s license was suspended and revoked. The initial officer brought the driver of the Ford over to positively identify Shaffer. In addition, the keys to the Porsche were found on Shaffer’s person. Based on the evidence, Shaffer was arrested and charged with hit-and-run and knowingly driving on a suspended and revoked license.

OCEAN CITY — An Annapolis man was arrested last weekend for harboring a fugitive, another man wanted in Charles County, after allegedly preventing resort police from contacting the suspect at a residence on Nantucket Rd.

Last Sunday, an OCPD officer learned a suspect wanted for failing to appear in Charles County on felony theft charges was residing in Ocean City on Nantucket Rd. The officer responded to the address on Nantucket Rd. in an attempt to locate the suspect. The officer knocked on the door and another man, identified as Glen Genovese, 24, of Annapolis answered.

The officer located the suspect in a rear room of the house and arrested him on the felony arrest warrant out of Charles County. Genovese was then arrested for harboring a fugitive.

SALISBURY — Two suspects wanted in connection with the attempted robbery of the Shore Bank on South Salisbury Boulevard last Friday afternoon have been located, arrested and charged. 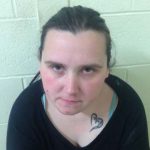 Around 10 a.m. last Friday, Salisbury Police officers responded to the Shore Bank on S. Salisbury Blvd. for a report of an attempted robbery. Bank employees told police an unmasked suspect entered the bank, displayed a note and demanded money. The employee did not give the suspect money and the suspect fled the bank on foot. Investigators were assisted by the Wicomico County Sheriff’s Office K-9 unit, which conducted a track for the suspect. The track was unsuccessful, however.

Detectives were able to view bank surveillance footage as well as footage from surrounding businesses and determined there were two suspects involved in the incident. One suspect who entered the bank was a passenger in a vehicle that entered and parked in the University Park lot prior to the robbery. The other suspect was identified as the driver of the vehicle. 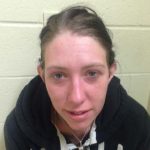 When the first suspect left the bank, she returned to the getaway car and got in before the getaway drove off. Further surveillance video footage review allowed investigators to positively identify the vehicle, which was located a short time later on Naylor Street. The driver of the getaway vehicle, Emily Skelton, 26, of Salisbury, and the passenger, identified as Carin Purcell, 29, of Salisbury, were located still inside the vehicle and were arrested.

WEST OCEAN CITY — An Ocean City man arrested in March on disorderly conduct and trespassing charges after allegedly threatening and harassing the staff at a West Ocean City restaurant and bar pleaded guilty last week and was sentenced to 30 days.

Around 9:45 p.m. on March 8, Maryland State Police troopers responded to the Hooter’s in West Ocean City for a reported disorderly suspect later identified as Michael J. Defilippo, 53, of Ocean City. Witnesses told police Defilippo would continue to return after several reoccurring events at the Hooter’s and was persistently threatening and harassing the staff.

Defilippo had returned to the bar several times after being given a no trespass order by an MSP trooper on the previous evening. Ignoring the trespass order, Defilippo again returned to the restaurant and was escorted off the property by Hooter’s managerial staff. MSP troopers located Defilippo and placed him under arrest. According to police reports, Defilippo continued to act in a disorderly manner and also made threats against law enforcement. Last week, Defilippo pleaded guilty to disorderly conduct and was sentenced to 30 days in jail.

Curtis Andrews, owner of the Bridgeview Apartments on North Division Street, was issued citations in the amount of $3,250 for multiple fire safety violations. In March, Deputy Fire Marshals responded to the two-story, multi-family dwelling and conducted an on-site fire safety inspection. During the inspection, numerous violations were observed by investigators, including the improper installation of a gas water heater, failure to provide a working smoke alarm inside an occupied dwelling, failure to provide a carbon monoxide alarm in the laundry room with fuel-burning equipment and accumulations of waste.

Safety violations were immediately repaired by order of the Fire Marshal. In addition, Andrews was required to have the water heaters inspected by a third party inspector prior to use.

“The improper installation of fuel-burning appliances and the lack of working smoke alarms and carbon monoxide alarms can be deadly,” said Fire Chief David Hartley. “The Office of the Fire Marshal takes fire safety code violations seriously and strictly maintains a ‘zero tolerance’ position. We expect all property owners to know and abide by these policies.”