SALISBURY — Wayne Morris Sr., owner of Century 21 Harbor Realty in Salisbury, has announced the promotion of Rebecca Lewis to the position of broker of record for the agency.

Former broker John Blake is stepping down to associate broker after successfully leading the team at Century 21 Harbor Realty for the past eight years. He will continue to assist clients with residential real estate in Maryland and Delaware.

Lewis completed her broker education courses with the Frederick Academy of Real Estate in early 2015. She successfully passed the State of Maryland Real Estate Broker exam in August 2015. She has provided real estate services with Century 21 Harbor Realty since January 2006 and will continue to provide high quality service to Maryland and Delaware. 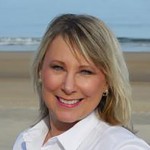 BERLIN — Heidi Hunt, a REALTOR® for RE/MAX Crossroads in Ocean City and a member of The Davidson Beach Team, has been awarded the GRI designation by the REALTORS® Institute of Maryland after successfully completing 90 hours of specific education outlined by the National Association of REALTORS®.

The REALTORS® Institute of Maryland, which is conducted by the Maryland Association of REALTORS®, was developed to satisfy the need for a more comprehensive and effective learning experience in various phases of real estate. By taking the courses offered by the Institute, a REALTOR® can become a more competent professional, render broader and more effective service and elevate the standards of the real estate industry.

The GRI is conferred upon REALTORS® successfully completing their third and final course of the Institute program.

REHOBOTH BEACH, Del. — Doug Ruley, corporate chef for Rehoboth Beach, Delaware-based SoDel Concepts, has been invited to cook at the James Beard House on Jan. 29. This is the third time that Ruley has prepared a meal in the former home of the late James Beard, an American cookbook author, teacher, syndicated columnist and television personality. 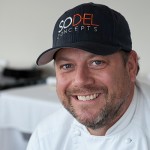 “It’s always exciting to go to New York and show off our chefs and our local cuisine from Sussex County, Delaware,” said Scott Kammerer, president and CEO of SoDel Concepts, which owns eight restaurants, Plate Catering and Big Thunder Roadside Kitchen, a food truck. “There are many excellent chefs and restaurants along the Culinary Coast, which we consider to be a culinary destination, and many are deserving. It’s a privilege to be asked for a third time to cook at the James Beard House. We love to go up there and spread the word that Delaware is a dining destination.”

Organized by the James Beard Foundation, the regularly scheduled dinners – held in Beard’s townhome at 167 W. 12th St. in Greenwich Village – feature four- to five-course meals with wine pairings prepared by guest chefs from around the world. The meals can highlight an individual chef or chefs from more than one restaurant. They can showcase the restaurant’s concept or a theme.

Ruley this year has crafted a menu with the theme “Winter at the Beach.” The menu includes such coastal-inspired dishes as poached lobster sausage, smoked bluefish on toast, Sweet Jesus oyster with chow chow, tuna and hot sauce, day boat scallops, a clam pan roast, seared halibut and “lobster gravy,” with flash-fried lobster, a scrapple-and-grits cake, a poached egg and “burnt” scallion oil.

SALISBURY — Devreco, a locally owned and operated full service development firm, announced a development deal to move Eduardo Gonzalez, an immigration and criminal attorney in Salisbury, into a new 1,500-square-foot office space in the former Hess building at 207 West Main Street, Unit A in the downtown plaza.

“Eddie was in search of a larger office space because his business was growing but wanted to stay downtown,” said Chris Gilkerson of Devreco. “We identified the old Hess building to be the solution. We were able to provide Eddie with all levels of service from permits and approvals to design, engineering and construction and meet his size requirements, time-frame and budget.”

The ground floor of the building has not been regularly occupied since Hess Apparel moved out. The space is being converted from a vacant shell to a turn-key professional office suite. Construction has started and is expected to be move-in ready by next March.