OCEAN CITY – With the filing deadline of Oct. 6 to run for council in November’s municipal election nearing, Ocean City Council President Lloyd Martin confirmed this week he will seek another, while Councilman Brent Ashley remains unsure.

Last week Councilwoman Margaret Pillas announced she will not be seeking another council term, and Councilman Joe Mitrecic, who is in the middle of his four-year term, is running unopposed for the Worcester County Commission and has said previously his intention was to resign from his council seat whether he faced competition for the county post or not.

With Pillas and Mitrecic leaving their positions behind and the terms of incumbents Martin and Ashley up this year, there will be four open council seats in the election on Nov. 4. 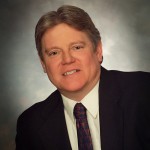 Martin confirmed on Wednesday that he will be filing to run for council as an incumbent in this year’s election prior to the deadline. Martin will be running for his fourth term on the council.

“We [council] have a lot going on, and we need to continue on the route we are on,” Martin said.

Since he was elected to serve as council president after the 2012 municipal election, Martin feels the council has made significant progress in checking off major priorities.

With four council seats open, the make-up of the majority-minority lines is up for grabs. Prior to 2012’s municipal election, former Council President Jim Hall, former Councilman Joe Hall, and council members Brent Ashley and Margaret Pillas dominated the council’s direction and decisions, including removing then-City Manager Dennis Dare from his role as the city’s chief executive officer. With Jim Hall and Joe Hall losing their seats, coming in fifth and seventh places, respectively, the majority power swung to Council members Dennis Dare, Mary Knight, Joe Mitrecic and Doug Cymek. It’s an alliance that routinely has the support of Mayor Rick Meehan.

“I am sick of it,” Martin said of the minority-majority situation of City Council. “It is worse than Washington D.C. I don’t want to be like Washington D.C. We can all work together to get something done and move in the right direction. I have been on both sides, but I don’t like to be pulled to one side or the other. I am just trying to do the right thing.”

As of Wednesday, Ashley had not decided if he would be filing for a second term on the council, but most believe he will eventually file before the Oct. 6 deadline.

“I have served our community for 35 years in one capacity or another, and my initial thought was maybe that is enough but I have had calls from some of my council colleagues and other people in the community asking me to keep my seat, and I told them as a courtesy I would consider it, think it over, and make my decision shortly,” Ashley said.

It has always been wanting to keep Ocean City as a family-friendly-resort, keeping generations of vacationers returning to Ocean City, and in all making Ocean City a better place that has kept Ashley servicing the community.

“It has always been about Ocean City, community service and making our community better,” he said.

On the other side of it, Ashley explained he has other interests he would like to pursue. 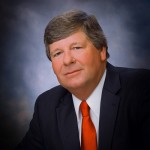 “I have only missed two council meetings in four years and that was due to illness when I just could not make it. When I take a job, or a job is given to me, I do it to the best of my ability. I feel fully committed,” Ashley said. “You have to be here. My phone rings constantly. I am always out talking to people and walk the Boardwalk every day to talk to the merchants, and stop vacationers to talk to them. I want to know what we can do to maintain our family image, or if we are coming up short somewhere and what people are feeling about Ocean City. I enjoy doing that.”

As far as where the council majority will fall after the election, Ashley stated he can get along with anybody.

“On any political body there is going to be differences of opinion, and that’s ok because that is what makes a democracy, and that is what our country was founded on. When there is a difference in opinion, you have to leave it in the council chambers. Everybody is dually elected by the citizens, so everybody has a voice,” Ashley said. “It is good that we have people interested in filing for office. It shows there is interest in the community to serve, and that is never a bad thing.”

In Ocean City, the mayor’s term is only two years as opposed to the council members’ four-year terms. In 2012, Meehan easily defeated challenger Nick Campagnoli. Meehan has indicated he will be seeking another term and as of Thursday he has no challengers.