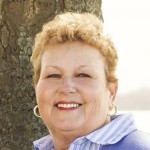 SHOWELL — Ginger Allen Hadder, age 59, passed away peacefully on April 11, 2014 after a long valiant fight with cancer with her loving family by her side.

Born in Salisbury and raised in Ocean City, she was the daughter of the late Robert Emory Allen, Jr. and Doris Givens Allen. She is survived by her husband, Linwood Hadder, and daughter, Nicole Allison Swift, and her husband Randy of Showell, and several nieces and nephews. She was an adored grandmother to Allison Taylor Swift and Paige Madison Swift. She was preceded in death by her brother, John Robert Allen in 2013.

Ginger had been a homemaker. Ginger’s daughter and granddaughters were the pride and joy of her life. She was totally committed to family and making sure they all knew how much she supported and loved each one of them. She was a model of traditional family values.

A 1973 graduate of Stephen Decatur High School, she received her “Mrs.” Degree on Oct. 6, 1973 when she married Linwood, her high school sweetheart. They were devoted to each other for their 40 years of marriage. Theirs was a collaborative and caring relationship based on mutual support and deep love for one another. Death leaves a heartache no one can heal, but love leaves a memory no one can steal.

A funeral service was held on Wednesday April 16, 2014 at the Burbage Funeral Home in Berlin. Interment followed at Evergreen Cemetery. A donation in her memory may be made to Coastal Hospice, P.O. Box 1733, Salisbury, Md. 21804. Letters of condolence may be sent via: www.burbagefuneralhome.com

Born in Baltimore, “Ann” was the daughter of the late Frances and Barbara Krein Farmer. She is survived by her loving husband, Terry Lange Heemann, and devoted daughter, Tiffanie Heeman-Adkins and her husband Stevie of Ocean City. She was the cherished grandmother of Jack Lange Adkins. She was preceded in death by her two sisters, Patricia Fowler and Mary Lambros. Also surviving are numerous nieces and nephews.

In lieu of flowers, donations in her memory may be made to St. Jude’s Children Research, 501 St. Jude Place, Memphis, Tenn., 38105 or online at donors@stjude.org. Letters of condolence may be sent via: www.burbagefuneralhome.com. 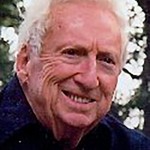 Mr. Jenkins graduated from high school in Georgetown, Del. in 1940 and college at Kings Point Merchant Marine Academy, Kings Point, N.Y. in 1944 with a Bachelor’s degree in engineering. He was very proud to have served his country in World War II in the Atlantic Ocean, Pacific Ocean and the Mediterranean Sea and received honorable discharges from the Navy as a Lieutenant, the Merchant Marines as a Chief Engineering Officer, U.S. Coast Guard and the Air Force Civil Air Patrol. In 1942, he was accepted as a midshipman and was placed on a new Liberty ship to deliver war cargo to troops by way of Russia. He traveled in all war zones during this time, became a commissioned Navy Ensign and worked on merchant ships until his discharges.

After graduation, he became a Licensed Professional Engineer and worked for the DuPont Company in Wilmington, Del. and later for Hercules/Allegany Ballistics Laboratory, Inc. in Rocket Center, W.Va. He became Senior Facilities Engineer for ABL where he was involved in energy conservation. In 1974, his report “Control of Ventilation and Energy Savings” was published in Chemical Engineering Magazine. Mr. Jenkins was active in the ABL Cost Reduction Program and was named Cost Crusader of the Year four times. He served on the board of the LaVale Sanitary Commission for 15 years, the last seven as Chairman of the Board.

He was a member of Emmanuel Episcopal Church, BPO Elks Lodge #63 and VFW 1411.

Many things brought joy to his life — his family, his many friends, his German Shepherd dogs, music always, the ocean at Rehoboth Beach and Myrtle Beach, “Weiner Dawg”, fishing and much more.

Condolences to the family may be posted after Mr. Jenkins’ name at www.haferfuneralservice.com.