SNOW HILL — Two Delaware residents were arrested on marijuana possession charges last week after another man admitted smoking weed with them just before a meeting with his probation officer.

Around 11:15 a.m. last Thursday, Worcester County Sheriff’s deputies responded to the Parole and Probation Office in Snow Hill to investigate a possible fugitive from Delaware identified as Ryan Jones, 25. According to police reports, Jones met with his probation officer in Worcester and admitted that he had just smoked marijuana with some friends in a vehicle outside the Office of Parole and Probation.

Through the course of the search, a bag of marijuana was found on Foster and a metallic pipe was found on Brittingham. Both were arrested and charged with possession of marijuana and paraphernalia. It was later learned Jones was wanted in Delaware, but the state of Delaware would not extradite him back to the state. As a result, Jones was released at the scene.

BERLIN — A New York man was arrested on marijuana possession charges last weekend after getting pulled over for wearing headphones on southbound Route 113 near Route 50 in Berlin.
Around 8:30 a.m. last Sunday, a Maryland State Police trooper observed a 2000 Mercedes sedan traveling south on Route 113 in Berlin with the driver wearing headphones while operating a motor vehicle. The trooper initiated a traffic stop and upon making contact with the driver, identified as Cliff Menardi, 27, of Pastoria, N.Y., immediately smelled a strong odor of marijuana coming from the vehicle.

A search of the vehicle revealed a plastic baggie containing 5.43 grams of marijuana. Denardi was arrested and charged with possession of marijuana. He was processed at the MSP Berlin barrack and released on a criminal citation.

BERLIN — A local juvenile was arrested on drunk-driving charges last weekend after running off the road along Route 113 near Berlin.

Around 2:50 a.m. last Sunday, a 17-year-old male was operating a 2002 Honda Civic on northbound Route 113 near Georgetown Rd. when he failed to maintain control of the vehicle. The vehicle then left the roadway and ran into a roadside ditch. Maryland State Police troopers arrived and determined the teen was not injured, but was under the influence of alcohol. The juvenile was arrested and transported to the MSP Berlin barrack for processing. The teen submitted to an intoximeter test, which yielded a .15 result. The teen was later released to his father.

OCEAN CITY — A North Carolina woman was arrested on cocaine possession charges last week after getting pulled over for speeding on Route 50 near Route 90.

Around 9:30 a.m. last Monday, a Worcester County Sheriff’s deputy stopped a vehicle for driving 70 mph in a 55 mph zone on Route 50 near Route 90. The deputy made contact with the driver, identified as Kristen A. Cummings, 25, of Concord, N.C., and determined her license was suspended. A search of the vehicle incident to the arrest revealed cocaine in Cummings’ purse.

Cummings was arrested and charged with possession of cocaine and paraphernalia and driving on a suspended license. She was taken before a District Court Commissioner and was released on her own recognizance. 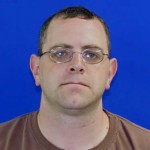 SNOW HILL — A Newark man, arrested in September on multiple counts of promoting and distributing child pornography, pleaded guilty this week in Circuit Court and was sentenced to five years in jail, all but one year of which was suspended.

In September, members of the Worcester County Bureau of Investigation (WCBI), along with the federal Department of Homeland Security, the Maryland State Police Computer Crimes Unit and the Worcester County Sheriff’s Office executed a search and seizure warrant on a residence on Route 113 in Newark. The search warrant was executed after a months-long investigation revealed someone inside the residence was downloading and sharing pictures and videos of child pornography.

On Tuesday, Root pleaded guilty to child pornography possession with intent to promote or distribute and was sentenced to five years in jail. He also pleaded guilty to one count of possession of child pornography and was sentenced to six months. All but one year of the sentence was then suspended and Root was placed on probation for three years upon his release and fined $500.

BERLIN — A fire in a detached garage at a residence in Berlin last Friday has been ruled accidental and was caused by a space heater operating too close to combustibles.

Around 10 a.m. last Friday, the Berlin Fire Department responded to a reported fire at a residence on Dinges Rd. that was initially reported as an outdoor fire that had been upgraded to a structure fire. The Berlin Fire Department was assisted by allied agencies in Showell, Newark and Ocean City. Upon arrival, firefighters observed smoke extending from the roof of a detached, two-story residential garage. The fire was quickly extinguished and contained to the area of origin. No injuries were reported. The cause of the fire was determined to be accidental, caused by a space heater placed too close to combustibles in the garage.

OCEAN CITY — The Ocean City Police Department this week is warning local residents about a current cell phone scam involving a single ring from one of the many area codes in the Caribbean Islands resulting in an exorbitant international call fee and a hefty per-minute charge.

According to the OCPD, the scammers are using auto-dialers to call thousands of cell phones at one time. The phone will only ring once before disconnecting. If the recipient returns the call to the number displayed, he or she will be charged $19.95 for an international call. In addition, the victim will be charged $9 per minute.

According to the OCPD release, the area codes being used by the scammers include 473 (Grenada), 809 (Dominican Republic), 876 (Jamaica), 284 (British Virgin Islands) and 268 (Antigua). The Better Business Bureau is urging citizens to keep a close eye on their cell phone statements and contact their carrier if any unauthorized charges are noticed. In addition, citizens are urged to research area codes online to see where unfamiliar phone numbers originate before returning calls.