OCEAN CITY — Michael A. Bulkley, age 84, passed away peacefully in his home in Ocean City on Wednesday, Nov. 2, 2022. Born in Dubuque, Iowa, he was the son of the late Eugene Bulkley and Alice McCormick. 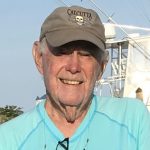 Michael served in both the Navy and the Army reserve. He attended University of Iowa where he received his degree in Electrical Engineering. After traveling with the military, and moving with his first wife Rosalie, and three children, 10 times in 10 years, he joined Westinghouse/Northrup Grumman working for the Department of Defense and became a radar specialist. He settled in Baltimore and bought a second home in Ocean City in 1972. While working and traveling, he obtained his pilots’ license, captains’ license and started a second career as a charter captain in Ocean City.

After retirement, his love for deep sea fishing landed him in Zihuantanejo, Mexico. He and Deanna began a successful vacation rental and sport fishing charter business with a boat he built himself called the ‘Huntress’. This second home provided many friends and family vacations and experiences of a lifetime. Captain Mike, as he was known by family and friends, was an amazing husband, father, grandfather (Pop pop), great grandfather and friend. He was captain to many boats with amazing fish stories and his adventures around the world created memories and stories we all enjoyed.

He is preceded in death by his parents; two sisters Mary Alice Coan and Susan Devereaux; his son Kevin Bulkley; his first wife Rosalie Bulkley; and second wife Deanna Bulkley.

A Mass of Christian Burial was held at St. Mary’s (Holy Savior Roman Catholic) Church in Ocean City. Letters of condolence can be sent to 2806 Gull Way Unit C, Ocean City, Md. Arrangements are in the care of The Burbage Funeral Home. In lieu of flowers, the family asks that donations be made in Michael’s name to St. Jude Children’s Hospital, www.stjude.org. 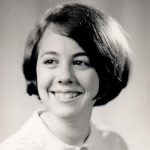 Beloved wife of Wayne who lives in Selbyville, Del, Mary was born in D.C. to James and Thelma Giuliani.

She attended Blessed Sacrament Grade school, Georgetown Visitation and Catholic University. She was an electrical engineer for the National Weather Service for 37 years.

She is survived by her sister, Jean in San Francisco, and her son Jim and his wife Christy and their two children Connor and Morgan, in North Carolina.

A Mass of Christian Burial was held at St. Luke Catholic Church in Ocean City with inurnment following at Gate of heaven Cemetery in Dagsboro, Del. Arrangements are in the care of The Burbage Funeral Home in Berlin, Maryland. Condolences may be shared via: www.burbagefuneralhome.com. 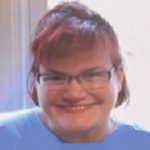 Born in Ridgewood, N.J., she was the daughter of Kevin Hughes and Darlene (Gural) Hughes. She is survived by her step-brother, James Hughes (Elaine) of New Jersey; her uncle Dennis Gural (Ellen) of Ocean Pines; her aunt, Lorraine Caldwell (Edward) of West Milford, N.J.; and her loving cousins, Colleen, Christian, Caryn and Kimberly.

Christa had enjoyed competing in the Special Olympics, she loved music, and painting with oils, but most of all she loved her family and pet dogs, Lulu and Trixie.

Cremation followed her death. A memorial service will announced at a later date. A donation in her memory may be made to The Special Olympics Association, 1133 19th St. NW, 12th floor, Washington, DC 20036-3604. Letters of condolence may be sent via: www.burbagefuneralhome.com . Arrangements are in the care of the Burbage Funeral Home in Berlin.

OCEAN PINES — Roy Michael Foreman, 73, of Ocean Pines, passed away Nov. 3, 2022. Born in Washington D.C., he was the son of the late William Foreman and Elizabeth (McLean) Foreman. 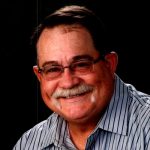 He was the beloved husband of Candace Foreman. In addition to his wife, Roy is survived by his children, Sean Foreman (Katherine) and, Timothy Foreman (Ann Marie); his grandchildren, Ember, Orion and, Alice; brothers John Foreman (Linda) and, Daniel Foreman (Daphne); as well as numerous nieces and nephews and great nieces and nephews.

A graduate of Salisbury University where he met his wife, Candy, of nearly 50 years, he taught Social Studies as a teacher in Prince George’s County for 35 years. A true history buff he was heavily involved in historical reenacting in both the Fort McHenry Guard and the First New Jersey Blues Revolutionary War Unit. Roy was a devoted father to his two sons, Sean and Tim. He was also very involved in their numerous activities at all ages. He heavily encouraged and guided them both to be better than him and reach the highest level of Scouting as Eagle Scouts. The family tradition is in good hands as all three of his grandchildren are currently involved in the Scouting program.

Roy retired and settled in Ocean Pines in 2006. He has been an extremely active member of the Ocean Pines Kiwanis club where he has served as President twice as well as other various leadership roles throughout the years. Roy lived a rich life and enjoyed many things, be it bowling in the Young at Heart League, or simply enjoying a cold one and yelling at the Redskins with friends and family. One of his greatest enjoyments was traveling the world with his wife and family. He recently returned from a very exciting Mediterranean Cruise. Without a doubt, most important was spending quality time with friends and family.

A visitation will be held at The Burbage Funeral Home in Berlin on Friday, Nov. 11, 2022, from 2 to 4 p.m. In lieu of flowers, a donation in Roy’s name may be made to the Kiwanis Club of Ocean Pines Foundation, 174 Sandy Hook Rd., Berlin, Md. 21811. Arrangements are in the care of The Burbage Funeral Home in Berlin Maryland. Condolences may be shared via: www.burbagefuneralhome.com.

OCEAN PINES — Margaret Lucille McDonald, 94, of Ocean Pines, passed away on Sunday, Nov. 6, 2022, at My Home Away From Home in Abingdon, Md. Born in Royalton Pine, Minn., she was the daughter of the late Edward and Lucille (Tate) Petersen. 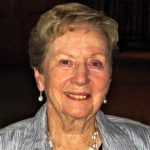 Along with her love of family, she loved the game of golf and had two hole-in-ones in her lifetime and was even playing golf at the age of 90.

In addition to her parents, she was preceded in death by her loving husband of 55 years, Herbert McDonald, and her siblings, Katherine, James and Joanne.

In lieu of flowers, memorial contributions may be made to the Alzheimer’s Association at  https://www.alz.org/donate.

Arrangements in the care of Holloway Funeral Home. Share memories with the family at www.hollowayfh.com.