OCEAN CITY — Hale Harrison, age 75, of Ocean City, passed away Monday, October 17, 2022. He was born in Berlin and was the son of the late G. Hale Harrison and Lois Carmean Harrison. 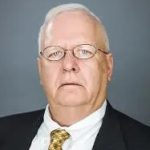 Hale graduated from Stephen Decatur High School in 1965. He attended the University of Maryland at College Park, where he studied Business and Agriculture. He was a member of the Phi Delta Theta. After two years of college, Hale returned to Ocean City to operate the family hotel business. From there, he remained active in growing the hotel/restaurant business known today as the Harrison Group Resort Hotels and Restaurants as well as maintaining numerous acres of farmland in Worcester County.

Hale was a former City Councilman and the former Chairman of the Planning and Zoning for the Town of Ocean City. He served for 47 years on the Board of Directors for Calvin B. Taylor Banking Co. and was elected chair of the Taylor Bank Board of Directors in 2020. Hale was proud to declare that he was the youngest to join the Taylor Bank Board of Directors in 1975 and has been the longest to serve. He served on the Atlantic General Hospital Board of Trustees. He was a member of the Berlin Heritage Foundation, Ocean City Chamber of Commerce as well as a member of the Young Presidents Organization, now known as World Presidents Organization.

Hale is survived by his wife, Alberta Smith Harrison of Ocean City, and their son, G. Hale Harrison of Berlin. He had two grandchildren, Haven Harrison and Hunter Harrison, whom he loved and adored. He is also survived by his brother, John H. Harrison and his wife Karen of Berlin, and his sister, Helen H. Faucette and her husband Richard, of Ormond Beach, Fla. He will be remembered by many cousins, nieces, nephews and dear friends.

Arrangements for a memorial service will be announced at a later date.

Letters of condolence can be sent to the family via www.burbagefuneralhome.com. Arrangements are in the care of The Burbage Funeral Home.

OCEAN CITY – Robyn Fae Bosley, 45, of Ocean City, passed away peacefully on Friday, Sept. 2, 2022, after an 11-year battle with cancer. She was surrounded by close friends and loving family as she passed. 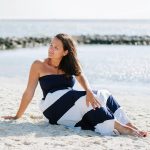 Raised in Bel Air and a graduate of C. Milton Wright, she spent the early years of her professional life in the restaurant industry and then led a very successful career in banking.

Her true love and passion was being an amazing mom to her three children, Brooke, Brayden, and Luke, who she adored with all of her heart and is so very proud of. She was a truly wonderful and loving wife to her husband Jay, who she was with for over 24 years and had just shared a 20-year wedding anniversary.

Robyn was the embodiment of strength and courage and led an amazing life by example with exceptional care and love given to so many friends and family who relied on her kind and thoughtful words so often. She was happiest when she was helping a family member, comforting a friend, or offering thoughtful advice to a loved one.

Our family will be forever thankful to the kind care given by the many thoughtful nurses, techs, and doctors at both Tidal Health and Atlantic General, as well as the compassionate care given by Coastal Hospice.

In lieu of flowers, please consider a tribute donation to Coastal Hospice in Robyn’s name. This can be made on their website at: www.coastalhospice.org/make-a-donation.

A celebration of her beautiful life will be held from noon-3 p.m. at Lighthouse Sound Restaurant in Bishopville on Sunday, Oct. 23. 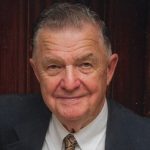 Born on June 29, 1930 in New York City, he was the son of the late Nina (Santone) Peters Taustin and Walter Julius Peters. Walter is also the stepson of the late Irving Taustin. He is predeceased by his wife of 61 years, Joanne Kelley Peters.

Walter is survived by his two daughters, Dale (Peters) Denton Sloan and her husband James of Takoma Park, and Nancy Peters Hourigan and her husband Thomas of Toms River, N.J.; and three grandsons, Alexander Denton, William Hourigan and Andrew Hourigan. He leaves behind his sister, Ann “Honey” Taustin Goydas, three nieces and many first and second cousins.

After graduating from Roosevelt High School in Yonkers, N.Y. in 1948, he then graduated from Nichols College in Dudley, Mass. as a business major in 1950. He was elected Mayor of Nichols College and later organized reunions with classmates who hadn’t seen each other in 50 years. Following college he served in the Army during the Korean War. He had a successful career with Allstate Insurance in New York City.

In 1970 he moved to Salisbury to join his stepfather in Ocean City business ventures. He managed The Embers restaurant and owned two Pappy’s restaurants. As a 50-year-old, Walter enjoyed playing softball with employees half his age for Embers and Pappy’s teams. His pitching skills earned him the nickname, Walt “Palmball” Peters.

Showing up, entertaining and helping others was a passion for Walter – a theme that played out in many ways throughout his life. He periodically volunteered as a Big Brother. He was also an active member of SCORE, giving business advice to others. Friends and family will remember great adventures on Walter’s pontoon boat, The Good Ship Wally-Pop, as well as his unique Ocean City home known as The Fun House. He took enormous pride in entertaining with his wife Joanne. They hosted numerous memorable family reunions and gatherings for friends.

Those who were fortunate enough to be a part of Walter’s life will know that he never hesitated to speak up for what he believed was right. He had a big heart.

He will be buried in the Kelley/Peters family plot in Massachusetts, with his wife Joanne and her parents. In lieu of flowers, memorial contributions may be made to Coastal Hospice, P.O. Box 1733, Salisbury, Md. 21804 www.coastalhospice.org or the charity of your choice. Please share memories and condolences with the family at www.HollowayFH.com. 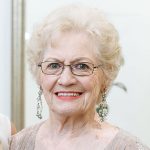 Maxine lived her teenage years in Michigan City, Ind. and graduated from Isaac C. Elston High School in 1955. She attended college to fulfill her love of learning. She was an avid reader of non-fiction throughout her life.

Throughout her life, Maxine was a generous supporter of charities which aim to improve the condition of the planet and support people who suffer. She was also a generous hostess who gifted her visitors with restaurant quality meals, stimulating conversation and an unforgettable contagious laugh.

Maxine was a proud Marylander since 1955. She lived in Rockville for 26 years and then moved to Ocean City in 1981. Her marriage to John J. Shank ended in 1984. She met Mick Brown in Ocean City and they were inseparable for 24 years. Maxine had real estate licenses in four states including three brokers licenses. She worked for Moore, Warfield and Glick for most of her real estate career.

Maxine is survived by her son, Daniel F. Shank of Houston, Texas; two grandchildren, John Hiller (Kelli) and Meredith Shank Flowers (Davis); and one great-grandson George. Maxine had numerous nieces, nephews and cousins that she enjoyed spending time with. She leaves four stepchildren and numerous step-grandchildren.

She was preceded in death by her husband, J. Michael (Mick) Brown in 2009; one daughter, Cynthia Shank Aikens in 2004; her parents; and a sister, Lorraine Greives.

She was born in Baltimore and was the daughter of the late Albert Kenneth Smith and Katherine Frome Smith. 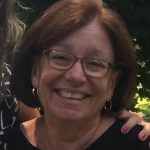 Nancy was a speech pathologist and had worked for the city of Baltimore. She was a member of the Lutheran Church of the Good Shepherd in Bel Air.

In lieu of flowers, donations in her memory may be made to the Alzheimer’s Association Greater Maryland Chapter through Nancy’s family fundraiser (http://act.alz.org/goto/oswald-bauer).

Born in Hackensack, N.J., he was the son of the late Joseph Frontera and Pearl Peverelly. 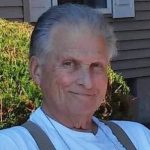 In lieu of flowers, the family asks that donations be made to St. Jude Children’s Hospital at www.stjude.org.

Services were held. Letters of condolence can be sent to the family via www.burbagefuneralhome.com. Arrangements are in the care of The Burbage Funeral Home.