Travers has worked at a variety of local daycare centers and in some local schools as recent as last spring.

On Aug. 20, with the assistance of the Ocean Pines Police Department, investigators with the Worcester County Bureau of Investigation executed a search and seizure warrant at Travers’ residence on Brandywine Drive. During the search, police seized laptops, cell phones, thumb drives, camera memory cards and several articles of children’s clothing, according to charging documents. Travers, according to documents, admitted to possessing child pornography and stated that he used children’s clothing to fantasize.

Travers reportedly told police three children — all elementary-school aged kids — had stayed at the house in the past.

“Travers stayed with the family, off and on, from June 2018 to July 2021,” charging documents state.

Travers was also permitted to care for the children at his residence, according to documents. 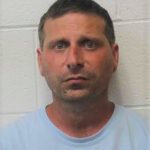 Forensic examinations on the electronic devices seized revealed various explicit nude photos of the children, according to charging documents. Investigators interviewed the children on Aug. 27 and Travers was charged the following day.

“It should be noted that investigators located instructions, in a metal box owned by Travers, on how to utilize socks as a tool to achieve sexual gratification,” charging documents state. “The metal box also contained hundreds of benign photographs of children.”

Little Lambs Learning Center sent an email to parents this week acknowledging that officials there were notified on Aug. 26 that an investigation was underway.

“We learned on Sunday morning that official charges had been filed,” the email reads. “The staff member in this case was terminated by Little Lambs Learning Center and had not worked since 8/20/2021. That staff member’s access to our building and campus has been suspended as of Thursday afternoon.”

The Worcester County Board of Education approved the hire of Travers as an educational assistant two weeks ago but he wasn’t set to start until September.

“Bruce Travers is not a WCPS employee in any capacity,” said Carrie Sterrs, the school system’s coordinator of public relations and special programs this week. “He was approved at the August Board meeting, but has since resigned.”

Travers has previously worked as a substitute teacher in county schools and spent time as a student intern in the guidance office at Showell Elementary School.

Travers is being held without bond pending a preliminary hearing on Sept. 21.