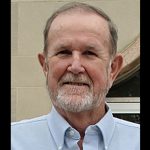 Born in Friendship, he was the youngest son of the late Howard S. and Dorothy (Quillin) Pruitt.

Mr. Pruitt was a graduate of Stephen Decatur High School, and worked as the Superintendent of Public Works in Berlin until he retired. He served his country in Vietnam as a Military Policeman with the US Army 1st Air Calvary Division. He was a member and past Commander of American Legion Post 123. He was a Gold Badge member of the Berlin Fire Company and volunteered for 40 years, serving as Chief and Chief Engineer.

Being an avid outdoorsman, he was a member of the National Rifle Association, life member of the Assateague Mobile Sportsfishermen Association and North Carolina Beach Buggy Association. He also enjoyed gardening in his spare time. He was a wonderful husband, father, grandfather, brother, uncle and friend. He will leave a hole in our hearts forever.

A donation in his memory may be made to the Berlin Volunteer Fire Company, 214 N. Main St. Berlin, Md. 21811, or Coastal Hospice, P.O. Box 1733, Salisbury, Md. 21804. Letters of condolence may be sent via www.burbagefuneralhome.com. Arrangements are in the care of the Burbage Funeral Home in Berlin 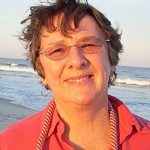 Mary loved life, loved to travel, loved people and people loved her. Her wisdom and kindness impacted the lives of so many. She always had a positive take on every situation and helped her friends to look with hope to their future. Her presence touched so many people.

Born in Port Huron, Mich., she was the daughter of the late F. Granger Weil and Louise (Karrer) Weil. She was preceded in death by her beloved husband, Joseph Henry Smith, Jr., and brother, Stephen Weil. Surviving, are her children, Sandi Smith and Mark of Ocean City, Joseph Henry Smith, III and his wife Susan of St. Augustine, Fla., Frank Granger Smith of Berlin and William Stephen Smith and his wife Rebecca of Pittsville. She was an adored grandmother to six grandchildren and three great-grandchildren, Griffin, Anna, Spencer, Stephanie, Taylor, Rebecca, Caroline, Layna, Parker and Olivia. Also surviving is her sister, Ann Durand of Port Huron, Mich., and her brother, Frank Weil of Bowie, Ariz. And last, she leaves behind her beloved dog Lilly.

Mrs. Smith received her bachelor’s degree in Home Economics and worked for many years at Bloomingdales in Rockville as the home economist. After retiring and moving to the shore, she had a multitude of part-time jobs and volunteered for a multitude of organizations including Diakona for over 20 years. She was truly loved by all.

Cremation followed her death. A celebration of life will be announced at a later date. A donation in her memory may be sent to: Coastal Hospice, P.O. Box 1733, Salisbury, Md. 21804, or the John H. Burbage Regional Cancer Care Center, 9707 Healthway Dr., Berlin, Md. 21811. Letters of condolence may be sent via www.burbagefuneralhome.com Arrangements are in the care of the Burbage Funeral Home in Berlin.

BERLIN — Rebecca (Becky) Lynn Hein of Berlin passed away Tuesday, March 30, 2021, due to complications of a lifetime spent battling cancer.

Becky was a graduate of Andover High in 1974. In the years after, she had 3 sons and worked as a bank teller at Union Trust, then later Signet Bank. In the spring of 1996, she moved to Berlin MD, close to the ocean where she had vacationed with her family every summer and the place she had always felt so at peace.

Becky loved the beach, walking the boardwalk, working in her gardens, and most of all, spending time with her grandchildren. For the past 15 years, she worked at Smokers BBQ Pit. The owners and staff always treated her like family. Becky lived decades beyond the expectations of her doctors. The love for her family gave her the determination to beat the odds time after time. She will be dearly missed and remembered always. 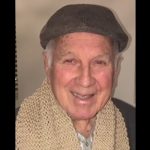 Ken served in World War II on the Battleship Maryland in the Pacific Theatre.

Kenneth spent several years in Maryland with the Department of Transportation supervising the construction of several roads and bridges, surveying and layout of projects. Kenneth was licensed in Delaware, Maryland and West Virginia as a professional land surveyor. He wrote then Legislative Surveyors Law for Delaware, while serving on the State Board, with the help of several Professional Land Surveyors. Kenneth represented the Town of Ocean City and Worcester County in the rebuilding of the Coast after the March 1962 Storm. He coordinated the cleanup and staked out the Dune Line for the Army Corp of Engineers. He also instituted the erection of the Sand Fence and started the grass planting program in Maryland and Delaware.

Ken represented 90% of land owners as a witness in testimonies in the acquisition of federal taking of Assateague Island. He testified in Court’s in Maryland and Delaware on Land disputes. Kenneth wrote the first Zoning Law for both Worcester County and Sussex County, Del. He was very active in many of the development projects in Worcester, Sussex and Wicomico counties, from the survey of land, land planning, development of new lands and salvaging of borrow pits for residential use. He was skilled at obtaining permits, layout and supervising construction. Ken was a 73-year Mason, member of Doric #30 Masonic Lodge serving two terms as chaplin.

A funeral service will be held at the Burbage Funeral Home in Berlin on April 17 at noon. Friends may call one hour prior to the funeral. Interment will follow at Granite Memorials in Bishopville. 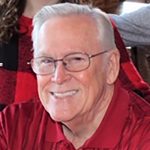 Bill was born to Wilbur Edward and Rose Loretta (Callow) Cunningham on Jan. 17, 1942, at the “Old” Providence Hospital in Washington, D.C. He attended Saint Thomas More in Arlington, Virginia, Saint John’s College High School in Washington, D.C. and the University of Maryland, before joining the U.S. Army Reserves.

Bill enjoyed his childhood summers at the family’s Sherwood Forest home on the Severn River. He worked at the family’s Cunningham Paint Company, then later at Clark-Fontana Paint Co. and C.I. Smith Paint Co. before joining National Capital Building & Supply, which after 24 years, he retired as vice president/general manager.

Bill raised his family and lived in Montgomery County for 30 years. Bill enjoyed blue crabs from The Wharf in DC, trips to museums and vacations in Ocean City with his family. He spent the next 16 years in Annapolis before retiring in 2004 to Harbour Island in Ocean City.

In his retirement, Bill enjoyed his home electronics, expanding his world geography knowledge, and watching bald eagles and sea birds. Most of all, he valued precious time and visits with his brothers, his children and his grandchildren. We will greatly miss his sense of humor.